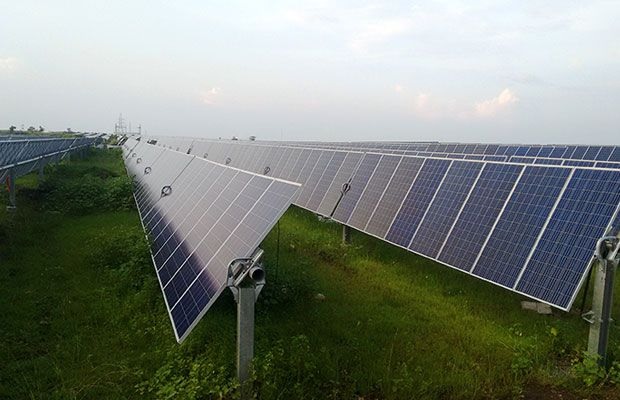 The Queensland Labor government has announced a new 70 per cent renewable energy target for 2032, an 80 per cent target for 2035 and plans to attract $62 billion in public and private investment in green energy over the next 13 years.

The new targets, which will be legislated, were unveiled as part of a new 10-year energy and jobs plan on Wednesday by Queensland premier Annastacia Palaszczuk.

Palaszczuk also flagged the creation of a new “super grid”, essentially built around a commitment to the Copperstring transmission link from near Townsville to Mt Isa, ploughing ahead with a project that was first rejected by the state government more than a decade ago.

She also flagged a new “hydrogen ready” gas fired power station to be built next to the Kogan Creek coal fired generator. It is expected 3GW of “firming” capacity from gas or renewable hydrogen will be needed in 2035. Further system strength will come from hydrogen electrolysers built for the export industry.

The new targets of 70 per cent by 2032 – the year Queensland will host the Olympics – and 80 per cent by 2035 represent a dramatic transition for the country’s most coal dependent state. It’s a big increase on the current target of 50 per cent by 2030, and a massive acceleration from its current renewables share of 20 per cent.

“We are facing a climate emergency,” Palaszczuk said in her State of the State address at a CEDA function, noting that Queensland is facing dramatic problems from rising sea levels in Torres Strait, record “rain bombs”, bushfires, and a total of 98 natural disasters in the last decade.

The state Labor government originally unveiled its 50 per cent target in 2015, but has made slow progress to date, and now trails the other states in the transition to renewables.

However, it has become clear that private players and big energy consumers are demanding the switch to green energy, including its biggest energy consumers – the Boyne Island smelter and the Sun Metals zinc refinery. 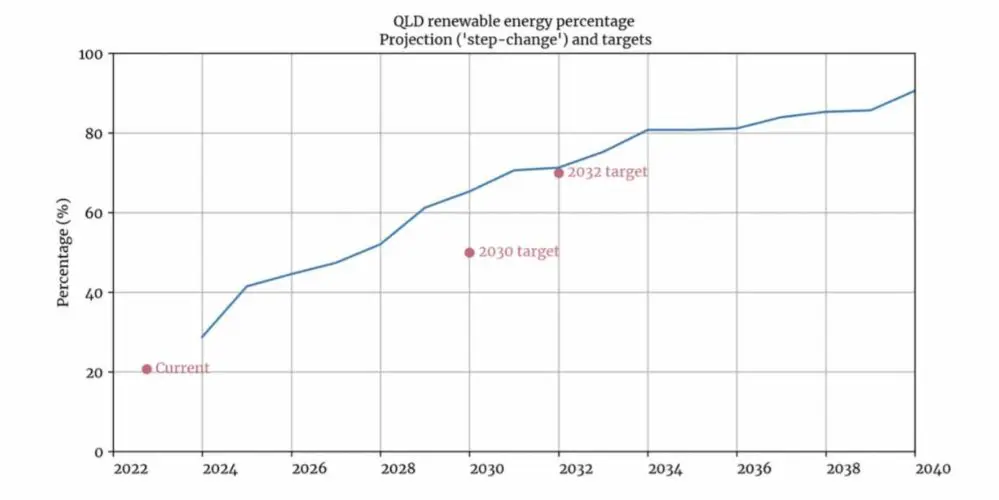 It’s also a recognition of the reality of the pace of technology changes and the decline of coal. As energy analyst Dylan McConnell points out, the new target also sits right in the middle of the Integrated System Plan, the 30 year planning blueprint from the Australian Energy Market Operator.

The end of coal?

It will mean that most, if not all, of the state’s more than 8GW of coal fired power stations will have to accelerate their closure dates, although how this will actually happen is not clear.

It says that all publicly owned coal-fired power stations will be operating as “clean energy hubs” by 2035 but it also says that the coal plants will be “able to be switched back on” if “something goes wrong.”

“We will keep our coal fired power stations as back up capacity until replacement pumped hydro energy storage is operational,” the premier said, adding that a new Queensland Energy System Advisory Board will provide advice on energy security every two years to ensure reliability.

Renewable energy is the cheapest form of new energy

She also noted that the plan was forecast to lower wholesale electricity prices in Queensland to around $56/MWh, a fraction of prices over recent months that has been driven by the soaring cost of fossil fuels.

“This plan is all about cheaper, cleaner and secure energy for Queenslanders,” the Premier said.

“It is about turbo-charging new investment in new minerals, batteries and manufacturing.”

A large focus of the new energy plan – and likely to be the most contentious part of the plan – is the creation of two massive pumped hydro projects.

The biggest will be a 5GW, 24 hour storage facility at Pioneer/Burdekin – around 70kms west of Mackay- that has been dubbed the “battery of the north”. The state also plans to build the previously flagged 2GW, 24 hour pumped hydro project at Borumba Dam near Gympie.

Palaszczuk said the “battery of the north” will be the biggest pumped hydro plant in the world, and together would be capable of providing up to 50 per cent of the state’s needs.

The premier defended the dependence on pumped hydro, saying it was critical to smooth the transition away from coal, and because “battery storage” is not yet fully developed. It is clever politics in Queensland, but it is not clear that in 2030s, pumped hydro at that scale will be a better option than battery storage.

In fact, the state envisages a relatively modest 3GW of grid scale battery storage (no storage duration defined), with most of the battery storage (6GW) to be installed by homes and businesses. It will be back by $500 million for government-backed grid-scale and community batteries.

That strategy contrasts with the newly announced Victoria state storage target, which focuses largely on battery storage, and NSW, which is seeking to encourage a mix of battery and pumped hydro, or at least long duration storage of at least eight hours.

Palaszczuk said the new 157MW Kaban wind farm is to be energised next week, and other projects currently under construction include the 180MW Dulacca wind farm and the 450MW Clarke Creek wind project.

“Today is about being bold with an energy and jobs plan that has tangible aims and palpable outcomes,” the premier said.

“Queensland, it’s our time to shine.”