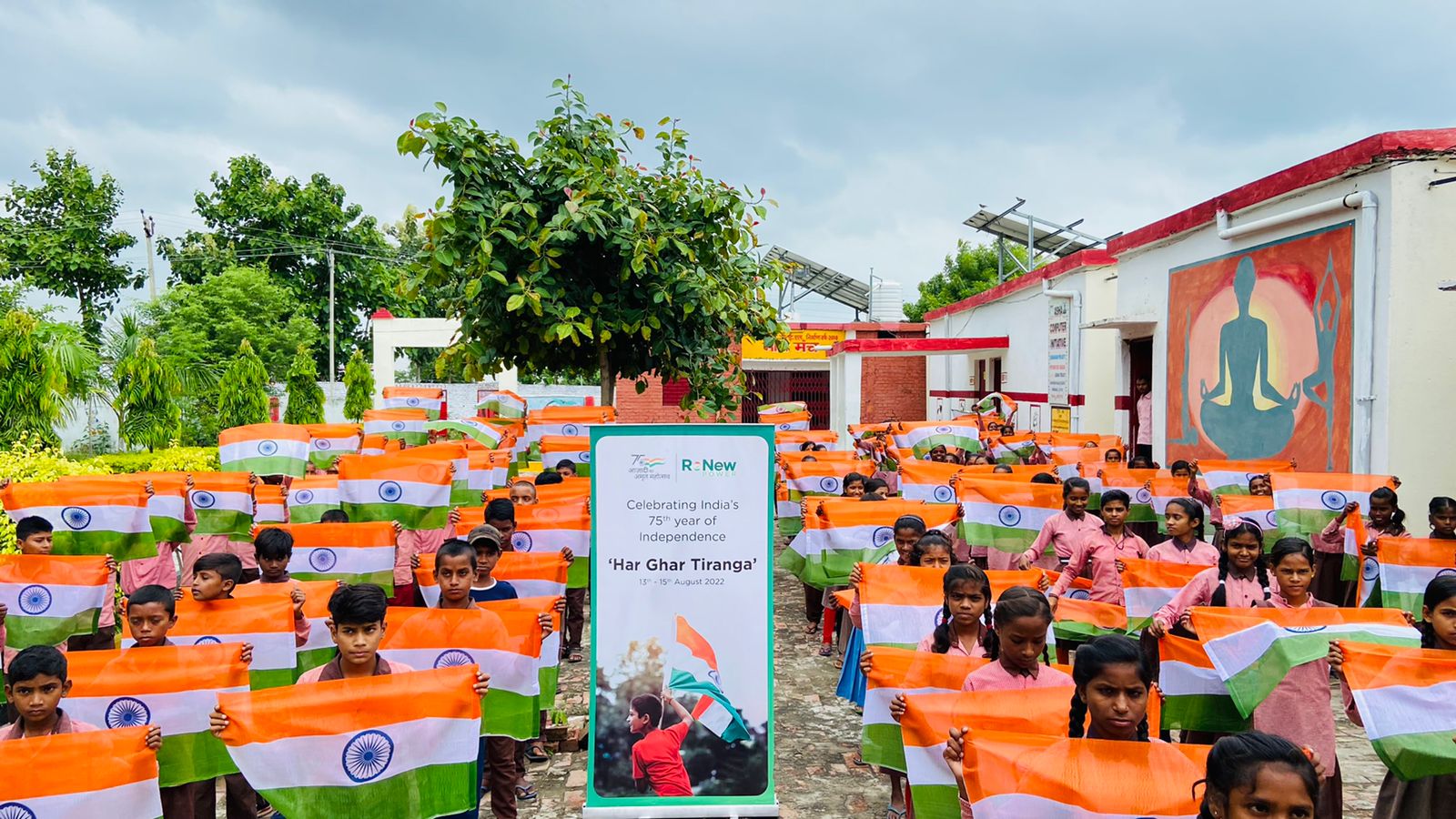 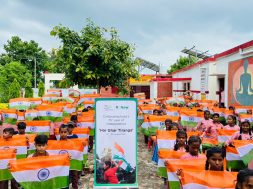 Gurugram, India : India’s leading clean energy company, ReNew Power (ReNew), is utilising its wind and solar assets to heighten patriotism and support the Centre’s ‘Har Ghar Tiranga’ campaign for Independence Day. As it does this, it is also highlighting India’s historic clean energy transition to a more green and sustainable economy as per the country’s ambitious climate goals, set out by Prime Minister Narendra Modi at the COP26 summit in Glasgow last year.

The diverse set of activities by ReNew, which is India’s largest clean energy company, include hanging the colours of the tricolour on its gleaming glass-sheathed headquarters in Gurgaon’s
commercial district on Golf Course road to having an employee proudly waving the national flag from the top of one of its modern wind turbines at its facility in Dangri in Jaisalmer district against a beautiful semi-desert backdrop. 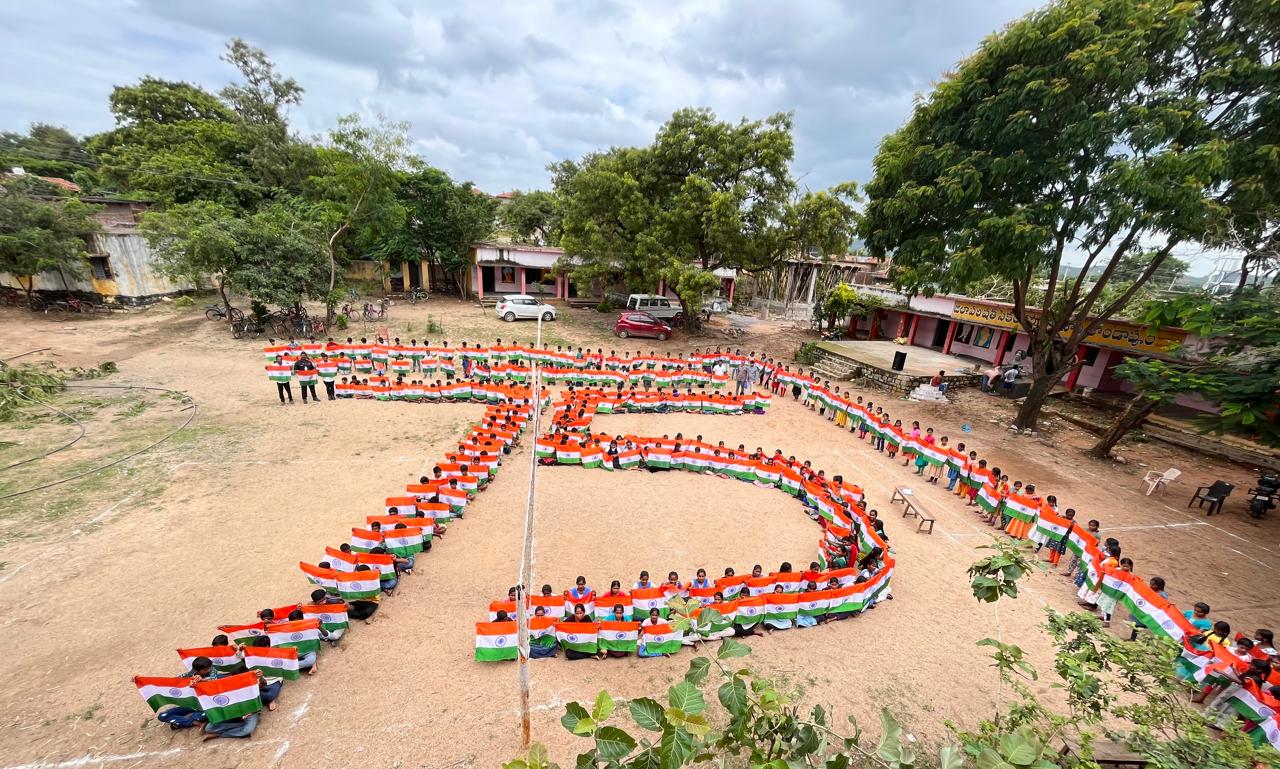 The company is going all out to celebrate 75th anniversary of Independence (Azadi Ka Amrit Mahotsav) by also festooning flags alongside a large section of solar panels in its sprawling solar plants in Jasmar and Bhadla in the districts of Bikaner and Jodhpur respectively in Rajasthan.

Speaking on the Har Ghar Tiranga campaign, ReNew Chief Sustainability Officer Vaishali Nigam Sinha, said, “This is an excellent initiative by the Centre, and we are proud to be a part of it as we
work to support India’s historic clean energy shift for a cleaner, greener and healthier nation for our future generations, as well as the Prime Minister’s ‘Lifestyle for the Environment’ (LiFE) movement.”

Overall, ReNew, which contributes to 1.8% of India’s total electricity output and mitigates 0.5% of India’s carbon emissions annually, will distribute around 1,45,000 flags to around 1,45,000 school children and people in the communities near its facilities, offices and sites, across Andhra Pradesh, Telangana, Karnataka, Maharashtra, Gujarat, Rajasthan, Tamil Nadu, Madhya Pradesh, and Uttarakhand states. Over a 1,000 ReNew staff are involved in flag distribution across 400 schools and villages/localities. The company will also distribute national flags to its own employees.