Renewable energy in India: why rooftop remains the most untapped solar source 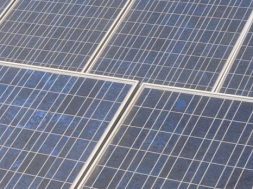 Renewable energy in India: why rooftop remains the most untapped solar source

Rooftop solar source doesn’t match the rise in renewable energy in India; while industrial and commercial consumers account for 70% of total installed capacity residential consumers remain a big untapped potential to give the boost

Most developed economies started their solar programmes by targeting household rooftops; as a result, they now have a sizable share of installations in the residential rooftop segment. China and India, on the other hand, have used large-scale solar installations in an effort to quickly achieve scale and simultaneously push down costs. In the case of India, this focus on large utility-scale solar seems to have become an unintended obstruction in the development of the rooftop segment.

India, though, does have an ambitious plan for solar rooftop or SRT, as it is called: a target of 40 gigawatts (GW) capacity by 2022. But so far, the achievement has fallen short of the goal. According to the Union Ministry of New and Renewable Energy (MNRE), only 2,158 megawatt (MW) of SRT systems had been installed in the country till December 2018.

The shortfall in capacity is compounded by the fact that a large proportion—70 per cent—of the installed rooftop systems is for commercial and industrial (C&I) customers; residential consumers account for less than 20 per cent of the total installed capacity.

Of the states with sizable SRT systems—Maharashtra, Tamil Nadu, Karnataka, Rajasthan, Uttar Pradesh, Gujarat, Haryana and Delhi—the industrial segment has the largest share in all except Delhi. Public sector undertakings (PSUs) have been the largest rooftop driver in Delhi.

There are clear economic considerations behind industrial and commercial consumers’ preference for rooftop systems: Solar rooftop power is cheaper than grid-supplied electricity. These consumers have the financial resources to make the necessary investments, which are sizable, to install SRT systems.

Moreover, they also have access to the Renewable Energy Service Company (RESCO) model (in which developers install the system on the consumers’ premises and sign a long-term contract to sell them electricity), under which they do not need to make any investments.

The dominance of ‘large-scale’ rooftop installations by commercial industrial, institutional and government/PSU segments has meant that attention to the residential solar rooftop segment has lagged behind. Distributed solar rooftop systems, installed on individual residences, offer many advantages. They help minimise transmission and distribution losses, as the generated power is consumed locally.

In large cities, they can act as a back-up, replacing polluting diesel generator sets. Solar rooftop can be harnessed for demand-side management (for example, time-of-day pricing to match household demand with solar generation). With falling solar prices and steadily increasing tariffs of distribution companies (discoms), SRT systems are being seen as financially attractive.

Achieving significant capacity addition in rooftop solar would require close engagement with numerous small consumers, which is a challenging task in itself. Concerted effort would be needed for raising consumer awareness about the benefits of SRT systems and PV technology and their installation.

Processes for approving net metering applications and disbursing subsidies will need to be efficient and painless to motivate consumers to invest in this new technology. Loans need to be made available, which requires significant capacity building of retail bank branches. Instead of these much needed policy initiatives and administrative interventions, the government has largely relied on subsidies (70 per cent for hill and north-eastern states and 30 per cent for other states) to drive SRT installation.

There have been a few half-hearted efforts to break this mould. One such effort was the Solar City Programme initiated in 2008 — but it has not been backed by any concrete steps. Similarly, the Environment Impact Assessment (EIA) Notification, 2006 requiring buildings with an area over 5,000 square metre to have at least 1 per cent of their connected load through SRT, has not had much impact due to non-existent monitoring and enforcement.

The total funding requirement for installing 40 GW of SRT systems by 2022 is estimated to be over Rs 2.8 lakh crore ($40 billion). A 30 per cent capital subsidy support from the government does cover a portion of this cost. However, most prospective customers either do not have the savings to cover the upfront costs, or are simply unwilling to invest, given the relatively large amount. Also, most customers do not have access to bank financing.

In recent years, the government has taken steps to improve the availability of loans for SRT projects. The Reserve Bank of India has identified solar rooftop as a priority sector for lending. Eight public sector banks have included SRT systems under their housing or housing improvement loans.

Multilateral banks are providing concessional loans against sovereign guarantee to public sector banks to support subsidised lending to the segment. Despite this, collective lending from them until 2017 for solar rooftop financing was only to the tune of $1.4 billion, just 3.5 per cent of the total required funding.

It is clear that SRT systems provide multiple benefits—to households, to the grid and even to discoms. Promoting them, therefore, is a desirable policy goal. SRT systems can offer reduced power bills for households; the gains may increase as tariffs are likely to keep going up. They provide environmentally friendly, inexpensive back-up supply of power (compared to DG sets), a big advantage, given the persistent supply interruptions in most places. They can result in lower transmission and distribution D losses and improved grid management, since the generation is close to the point of consumption.