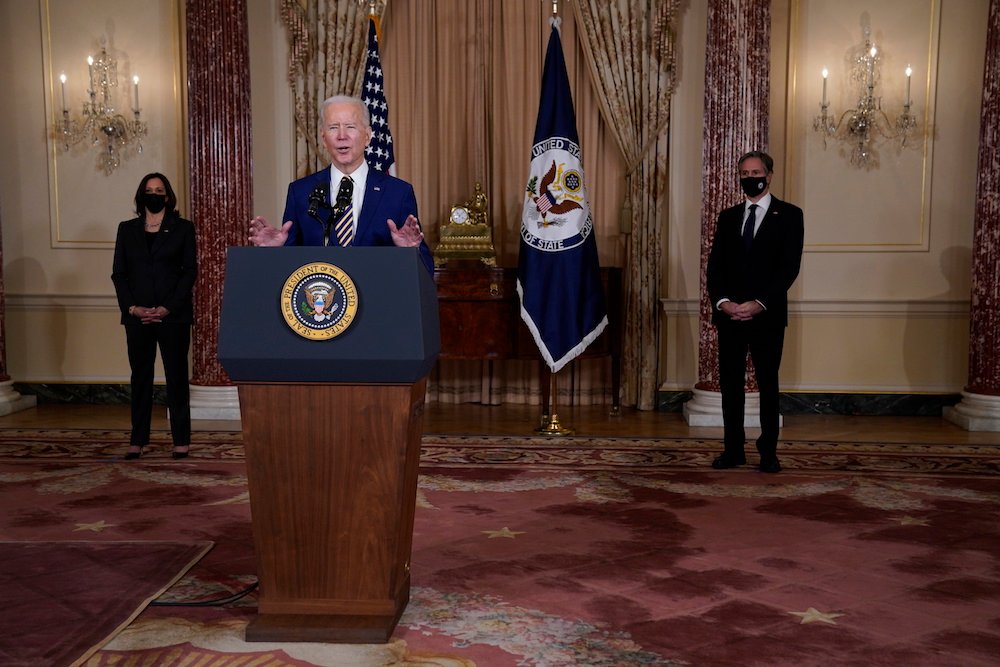 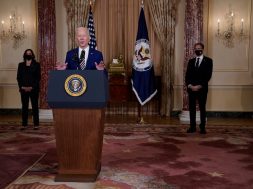 JEDDAH : Saudi Arabia has welcomed US President Joe Biden’s speech, in which he reiterated the US’s commitment to cooperate with the Kingdom to defend its sovereignty and address the threats facing it.

Biden said the war in Yemen “must end” during his first foreign policy speech on Thursday since taking office.

“At the same time, we’re going to continue to support and help Saudi Arabia defend its sovereignty and its territorial integrity and its people,” Biden said, adding that the Kingdom continues to be targeted with missile attacks.

He stressed the need for the US to play a more active diplomatic role to bring an end to the conflict in Yemen.

Saudi Arabia, a member of the Arab coalition supporting Yemen’s internationally recognized government, has repeatedly called for a diplomatic solution to the conflict.

Biden appointed a US special envoy for Yemen, veteran diplomat Timothy Lenderking, who Biden said would support UN efforts to reach a ceasefire and revive peace talks between the government and Houthi rebels.

“We look forward to working with Tim Lenderking to achieve our joint goal of a comprehensive political resolution in Yemen as part of our shared vision for a peaceful and prosperous region,” said Prince Faisal.

Welcoming Biden’s commitment to working with allies to resolve conflicts, Prince Khalid bin Salman, Saudi Arabia’s deputy defense minister, welcomed Lenderking’s appointment and said the Kingdom was looking forward to working with its American partners to “alleviate the humanitarian situation and find a solution to the Yemen crisis, and ensure peace and stability.”

Adel Al-Jubeir, Saudi minister of state for foreign affairs, said the Kingdom was looking forward to working with the US administration.

“We look forward to working with our friends in the US to end conflicts and confront challenges, as we have for over seven decades,” he said, adding: “Our countries have spilled blood in the liberation of Kuwait and in combatting Al-Qaeda, including in Yemen, and Daesh in Syria, and we will continue to stand together to stand up to our common enemies.”

The Saudi Foreign Ministry said in a series of tweets that the Kingdom looks forward to working closely with Biden’s administration and with Lenderking, the UN, all Yemeni parties and the members of the coalition, “in the hope of reaching a comprehensive political solution in #Yemen, in accordance with UNSC Resolution 2216, the Gulf Cooperation Council Initiative and the outcomes of the Yemeni National Dialogue.”

It said that is the path the Kingdom is pursuing to help Yemen advance toward stability and prosperity. “The Kingdom will continue its efforts to alleviate the humanitarian suffering of the brotherly people of Yemen,” it said.

Ahmed Awad bin Mubarak, however, insisted the Houthi rebels and their Iranian backers remain the main obstacle to peace.

“We will deal positively with the attitude of the new US administration, which wants to end the conflict in Yemen,” Bin Mubarak said.

“This has always been our goal since the war started, and we dealt positively with all UN initiatives in the past, but we are always faced with the intransigence of the Houthi militia and Iran’s agenda in the region,” he said.

The Yemeni government also welcomed the appointment of Lenderking, hailing it as another “important step” attesting to the US commitment to end the war.