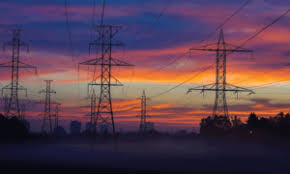 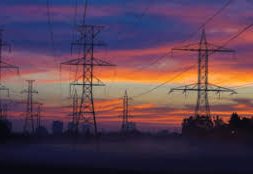 The Government of India launched the “100 Smart Cities Mission” in an objective to “promote sustainable and inclusive cities that provide core infrastructure and give a decent quality of life to its citizens, a clean and sustainable environment and application of ‘Smart’ solutions”. As per the information available on Ministry of Housing and Urban Affairs website: A total investment of Rs. 2,01,981 crore has been proposed by the 99 cities under their smart city plans. Here we take a closer look at how the ‘100-Smart City’ campaign has started delivering as far as the electrical and power industry is concerned.

Smart electricity should be top priority

The electrical department at the central level directly comes under the purview of Ministry of Power, and at the state level it falls under the electrical departments of the state government. Also, while smart city is primarily driven at the city level through Special Purpose Vehicle (SPV), it is influenced by the Ministry of Urban Development. According to Kanwaljeet Kukreja, Smart City Head, Schneider Electric India, “Smart electricity needs to be at the top of the city administration’s list of project priorities. Most often, only the metering part of electricity or the rooftop solar power generation is considered as a priority.”

Typically, smart city projects comprise of two components – Area Based Development (ABD) and PAN city development. While area-based interventions are being viewed as the template for a larger rollout of smart city interventions, pan-city initiative aims to upgrade the existing city-wide infrastructure through application of smart solutions.

“What is mostly absent is the SCADA (OT layer) and smart grid implementation. And, in most cases, the electricity gets addressed under the ABD projects only. That too, at the first sight from merely an infrastructure perspective,” observed Kukreja.

He adds, “At Schneider Electric, we propose that smart grid and smart electricity are a key component of smart city mission, which isn’t clearly present in most of the projects. Not only do we help the city get connected, digitised, but also ensure a sustainable living that is safe, green, reliable and efficient.”

Shreegopal Kabra, Managing Director & Group President of RR Global opines: “Smart city as a concept is a laudable one but looking back over the last five years after launch, there seems to be a disconnect between the objectives and the execution on the ground. There are many variables that go to define a smart city and unfortunately the electrical and power, though critical in terms of providing connectivity and lighting have not been given its due.”

He adds, “Of the 5,000 projects identified, only 3,800 have been tendered so far and of this only 60 percent have been completed. This means less than half of the target has been reportedly reached. Of this only a small percentage has gone into electrical specifically into street lighting.”

The current status shows the scale and ambition of the smart cities initiative, and the complexities of realising the vision. According to Ruturaj Govilkar, Director, Commercial and Business Development, Black & Veatch India, the smart metering element of the programme will be subject to the same picture of success and challenges. Citing an example he said, “The UK government’s deadline for 85 percent smart meter coverage was recently pushed back from 2020 to 2024 due to cost, technology and customer acceptance challenges. India’s power sector will need to address similar issues.”

RR Global’s Shreegopal Kabra outlines some of the major challenges facing India’sSmart City Mission which include: *Lack coordination between the various agencies involved in the mission. *Identification of appropriate projects without overlap of ongoing local level activities leading to duplication. *Most projects are pilot in nature without scale leading to cost overruns. *Learning from pilot initiatives not carried forward to scaling up. *Lack of clear guidelines for procurement of material.

Kukreja also feels: “What will work well in driving up the momentum post the pandemic is seamless collaboration between the departments within a city that leads to co-ordination and effective alignment issues. This will also facilitate and overcome delays in project clearance and completion schedules.”

He said, “The initial enthusiasm of the project launches needs to be sustained across the development of the projects. Also several templates need to be offered which establish the value proposition of a smart city. This leads to departments compromising on the most important element i.e. core technology – lack of smart grid, smart electricity and smart water solutions.”

In his opinion, another very important element that needs to be incorporated as a key agenda is an effective command and control centre, which is meant for overall monitoring and controlling of the city operations. All together, smart grid and smart electricity need to become a priority for any city to become smart in true sense.

Energy storage is the key to a smart grid able to integrate intermittent, distributed sources of renewable energy with thermal baseload. According to Govilkar, “Battery storage is approximately 25 percent cheaper than it was 10 years ago and is projected to be less than half of the current price by the end of the decade.” However, he feels, the financial stability of discoms remains a challenge. “UDAY 2.0 proposes discoms pay a surcharge for delayed payment, equal to the commercial rate of interest as well as restricting poorly performing discoms’ access to national government finance. These look like strong incentives for the discoms to enhance performance,” Govilkar said.

With the government’s commitment, the future of smart cities in India looks optimistic. And these smart cities will bring realm of opportunities electrical and power sector. Talking about the actions being taken at his company’s end to convert the smart city opportunities into actual revenues, Kukreja of Schneider Electric India said, “Smart cities are the nation’s response to aggressive urbanisation, and Schneider Electric is at the forefront of leveraging IoT, digitisation and connected intelligent products to help optimise the use of vital resources in smart cities. We aim to create habitable spaces which make the use of energy safe, reliable, connected and efficient.”

Atal Nagar (Naya Raipur City) is one such success story of India’s first green field integrated smart city. The prime objective for the Atal Nagar Development Authority was adoption of innovative technologies to improve the city operations and provide real-time data on operations and maintenance of city infrastructure and services.

To grab the smart city opportunities, RR Global has offered its technical support in terms of identifications of suitable technology to local state level authorities. The company has also held seminars and participated in workshops at state level to disseminate information on solutions available.

Smart grid and smart electricity need to become a priority for any city to become smart in true sense.

The UK government’s deadline for 85 percent smart meter coverage was recently pushed back from 2020 to 2024… India’s power sector will need to address similar issues.

Smart city as a concept is a laudable one but looking back over the last five years after launch, there seems to be a disconnect between the objectives and the execution on the ground.

Schneider Electric is leading the Digital Transformation of Energy Management and Automation in Homes, Buildings, Data Centers, Infrastructure and Industries. With global presence in over 100 countries, Schneider is the undisputable leader in Power Management – Medium Voltage, Low Voltage and Secure Power, and in Automation Systems. We provide integrated efficiency solutions, combining energy, automation and software. In our global Ecosystem, we collaborate with the largest Partner, Integrator and Developer Community on our Open Platform to deliver real-time control and operational efficiency. We believe that great people and partners make Schneider a great company and that our commitment to Innovation, Diversity and Sustainability ensures that Life Is On everywhere, for everyone and at every moment.