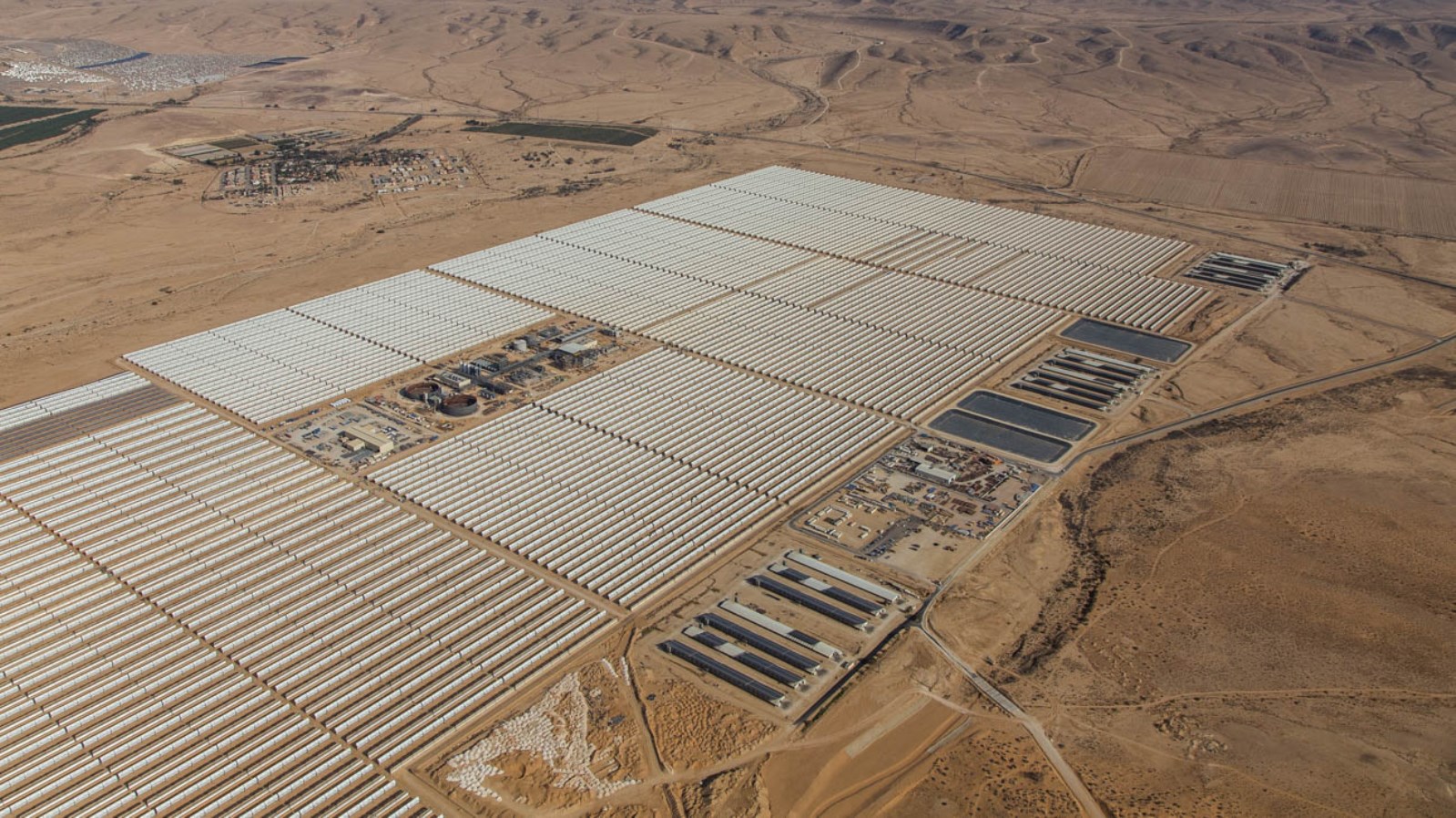 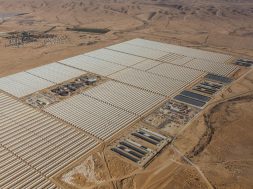 Negev Energy received a permanent license from the Israel Electric Authority to generate electricity and will begin supplying enough clean energy to the National Grid to meet the needs of ~70,000 households

AIRPORT CITY, Israel: Shikun & Binui Ltd. (TASE: SKBN.TA), a global construction, infrastructure and real estate company, today announced that it has completed the construction of the largest renewable energy project in Israel and one of the largest and most complex in the world. Starting from today, the Negev Energy Thermo-Solar power plant at Ashalim, will begin supplying clean energy, on a daily basis, to Israel’s National Grid.

The launch follows Negev Energy’s construction and test of the facility, and its successful completion of all the Israel Electric Company’s acceptance tests. Following this, it received all the required approvals, including a permanent license to produce electricity from Israel Electric Authority. In addition, the commercial operations of the thermo-solar facility, which is located near Ashalim in Israel’s Negev region, will also begin tomorrow.

Negev Energy, a company owned by Shikun & Binui Energy (50%), the Noy Infrastructure Fund (40%) and the Spanish firm TSK (10%), won the Government tender in 2013 and signed a 25-year concession agreement to plan, finance, build, operate and maintain the 110MW thermo-solar electric generation plant. The facility will supply enough clean electricity to Israel’s National Grid, to power the needs of approximately 70,000 households.

The plant covers over an area of approximately 4,000 dunam. It is made up of approximately 16,000 parabolic troughs and half a million concave mirrors, used to transform solar energy into steam, that drives electricity-generating turbines. In addition, the plant features a unique molten salt energy storage system that enables the plant to supply electricity at full capacity for 4.5 additional hours each day after sunset, thus achieving an especially high level of efficiency.

Investment in the construction of the power plant totaled approximately USD 1 billion. The project provided employment to hundreds of workers, contractors and suppliers, most of whom were residents of Israel’s Negev region.

Moshe Lahmani, Shikun & Binui’s CEO, added, “Once again, Shikun & Binui, is leading and partnering in revolutionary projects that are moving Israel forward. Today, we are leading the renewable energy market in Israel in which private concessionaires produce clean energy in commercial quantities. It is also an opportunity for Shikun & Binui to again promote the economic expansion of the Negev.”

Didi Paz, CEO of Negev Energy and COO of Shikun & Binui, commented, “Negev Energy and the project owners today demonstrated their exceptional capabilities with the completion of one of the most challenging projects ever attempted in Israel, both from a technological, engineering and financial point of view. This project is an excellent example of a successful cooperation between Israel’s private and public sectors.”

Pini Cohen, Chairman of the Noy Fund, added, “At the Noy Fund, we are proud to have completed another successful thermo-solar project, the second one completed this week. The Ashalim project uses complex and breakthrough technology in a field that the State of Israel has chosen as one of its strategic national goals.”

About the Shikun & Binui Group

This summary announcement was prepared solely for the convenience of the reader and does not replace Shikun & Binui Ltd.’s (hereafter – “the Company”) full report.  The information contained in this announcement is, by its nature, incomplete. All of its contents are provided as a supplement to the Company’s report, and are subject to the declarations therein stated.  This announcement includes forecasts, assessments, estimates and other information relating to the Company or its subsidiaries, or to other parties or to future events and matters, the extent of whose realization is not certain and is not under the sole control of the Company (forward-looking information, as defined in the Securities Law-1968).  The key facts and data serving as the basis for this information are facts and data, among others, related to the current status of the Company and its businesses, facts and data relating to the current status of the operating segments in which the Company engages in its areas of operation, and other macroeconomic facts and data known to the Company on the preparation date of this presentation.

It is understood that forward-looking information does not constitute a fact and is based solely on subjective assessments.  Forward-looking information is uncertain and for the most part, is not under the Company’s control.  The realization or non-realization of the forward-looking information will be influenced, among others, by the risk factors that characterize the Company’s operations, as well as developments in the general environment and external factors that impact the Company’s operations.  The Company’s future results and achievements could differ significantly from those presented in this presentation.  The Company is not obligated to update or modify the said forecast or assessment, and is not obligated to update this announcement.  This announcement does not constitute an offer to purchase the Company’s securities or an invitation to receive such offers.  An investment in securities in general, and in the Company in particular, carries risk.  One must take into account that past data do not necessarily indicate future performance.