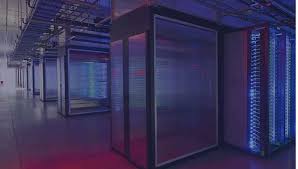 SK Broadband, a subsidiary of SK Telecom, has announced plans to build a renewable hyperscale data centre and start-up cluster in the Saemangeum area of South Korea.

The new facility aims to develop Saemangeum in Gunsan, North Jeolla Province, into Northeast Asia’s data centre hub, together with SK group’s energy affiliate SK E&S, which recently announced plans to invest $1.7 billion to set up a data centre and floating solar farm at an industrial complex in Saemangeum.

Under the details of the SK E&S’ plan, the company intends to make Saemangeum a self-sufficient city like Almere in the Netherlands where more than 5,000 jobs are created each year.

In addition, the company says that the new facilities will run on 30% renewable electricity when it begins its operation with plans to increase this to 100% renewable energy in the near future. The site will also cost 30% less than that of a Hong Kong-based data centre and 50% lower than that of Tokyo facility.

Additionally, SK Broadband also has plans to build a subsea cable system in Saemangeum, which will connect 10 different locations in seven nations in Asia.

At the same time, the SK Broadband along with SK E&S will also build a start-up cluster approximately 33,000 sqm in size that will house up to 300 start-up companies.