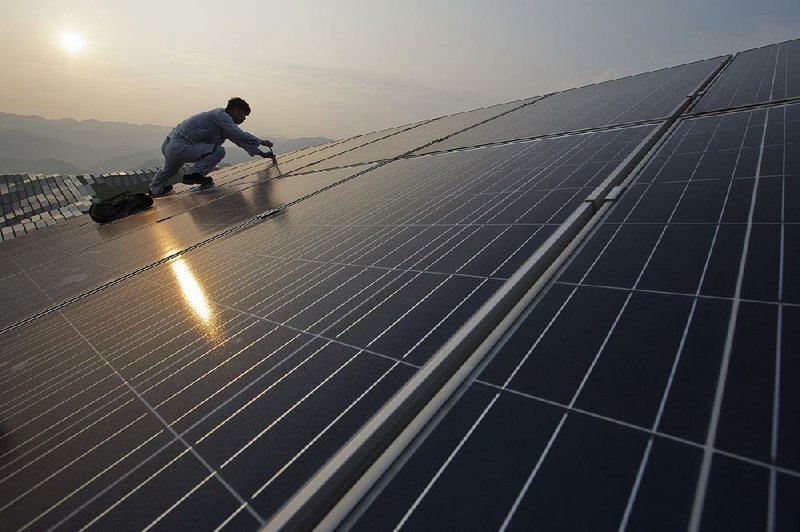 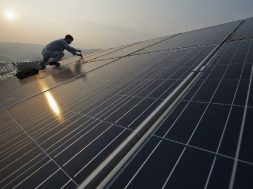 Who would believe the United States would be taking a giant step towards a solar future during the presidency of Donald J. Trump? Well, it happened this year, with no Trump input: mid-way through 2019, the United States generated more electricity through renewable sources than coal for the first time ever, by a margin of 23 per cent to 20 per cent respectively, of the overall electricity available. The subordination of ‘king coal’ might be temporary, since there is a huge force pushing coal production, including the president himself in a tight election year, yet we must not ignore the growing grassroots preference for not only cleaner fuel, but also increasingly inexpensive cleaner fuel. Battle lines may soon be drawn between protecting mining jobs, which a stubborn source of vested interests and a more multifarious body, if not defending non-renewable alternatives, and simply feeling a lot more comfortable with clean fuel. Technological forces may tip the balance: popular as they are, they have also made so many critical breakthroughs, like social media through Facebook, that the public wants to hang on to.

The United States may not be the only major country poised between political and technological forces over energy. Another big one is our next-door neighbour, India. It has, in fact, emerged as the most inexpensive producer of solar power, with its per kilowatt (kw) price barely one-third that in Canada, Russia, and Japan, in that order, and one-half the price in Australia, Brazil, and the United States, among others. Johnny Wood deduced three reasons for this development: cheaper panel imports from China, more accessible property prices, and inexpensive labour (“India is now producing the world’s cheapest solar power,” World Economic Forum, Newsletter, June 28, 2019). Less developed countries possessing such an array of factors can also similarly profit, should they so desire. Nevertheless, new coal mining is plunging, from between 10-20 gigawatts (GW: 1,000 MWs) annually before 2017, to less than 5 after. With over two-thirds of new energy coming from renewables, it is without surprise that more is being produced than ‘king coal’.

Two features stand out for India. First, as in the United States, there is a shift away from coal towards renewable sources. Part of that movement means domestic usage is being reduced in favour of wind or hydro-power, if not solar, yet exports, particularly to strapped countries like Bangladesh, continue unabated. We do expect technological forces to also pry India away from coal-type energy sources, especially as India has been near the cutting-edge of these kinds of technologies. Technological forces may still find strong counter-currents in coal-centric countries like India and the United States, but the diminishing renewable unit prices may be the clincher. Even more of a renewable push may be competition, particularly from China, a country capable of taking the lead technologically, and with it, a sizable global market-share.

A second feature is, in fact, China’s even more drastic shift towards renewable. From being the leading pollutant country in its industrialising growth-phase, it now handles environmental hazards with greater maturity. In fact, it is now among the leading green-growth countries, as too with safer renewable energy cultivation. On the one hand, it needs energy from anywhere, and domestic resource is always better than imports. On the other, like India and the United States, China can also be a technological leader with renewable sources. Nothing can be more gratifying than being considered a world leader, and two areas China is accenting: domestic economic production and environmental protection or sustainability.

China’s rise has been phenomenal in both (with discussions in this article limited to only the environmental). It has the world’s largest solar farms (in Tengger Desert), giving it the largest solar capacity of any country anywhere. This is remarkable since 60 per cent of energy in China still comes from coal, with only 5.0 per cent from solar. Wood Mackenzie business intelligence agency calculates China to have twice the photovoltaic panel installations of the United States (Charlotte Edmond, “China’s lead in the global solar race, at a glance,” World Economic Forum, Newsletter, June 19, 2019).

Like China, many Asian countries also rely heavily on coal or petroleum to jerk up their developmental profile. Myanmar leads the race in Southeast Asia, a region targeting one-quarter of its energy from non-renewable sources by 2025. The race is on to imitate China’s renewable charge, since many of these countries are also too dependent on oil imports. Japan’s New Energy and Industrial Technology Development Organisation (NEDO) leads this surge in Southeast Asia, just as Japan is fervently seeking to hold on to its infrastructural development support in the continent against fierce Chinese Belt and Road Initiative competition.

Bangladesh would like to jump on to this renewable bandwagon in the region; and though it has made notable strides in solar energy production, its economic growth rate is such that it cannot but rely on those fossil fuels to cross its own clean-energy Rubicon. It badly needs that technological spark to feel more comfortable, but even more desperate is the energy needs to feed its RMG (ready-made garment) factories to supply surging global demands. Bangladesh seeks 10 per cent of its total energy needs from renewable by next year (that is, 2,000 megawatts out of just over 20,000 MWs). Solar, hydro, and wind power rank, in that order, of renewable sources; and with far less land per capita to have those gigantic solar farms, Bangladesh will have to be more innovative in many other ways, that is, extract small-scale rather than large-scale power at places most convenient in the paltry land-mass. Rooftops lead contention for solar energy, while hill-track wind-power must also be more than harnessed. Individual-level self-sufficiency may be the only way to quell this growing concern.

How Bangladesh begins to shift away from imported coal and electricity may be the defining line in its energy self-reliance crusade. Foreign assistance is part and parcel of this target. China’s $400 million support to build 500mw of renewable energy in the northwest goes hand-in-hand with the World Bank’s $185 million 300mw renewable project in Feni. Much more must be done to keep abreast of spiralling demand, but much of the efforts and initiatives must come from within, and from private business or grassroots social entrepreneurs.

One of the more innovative approaches has been to convert waste into energy. University of Chattogram’s K.M. Nazrul Islam has been advocating one of them from municipal solid wastes from as early as 2016 (Journal of Renewable Energy). This conversion feeds environmental cleanliness, particularly from non-biodegradable substance, and opens up a far more inexpensive solution our population may be more at home with. It also eases land-pressure, generates electricity, and creates jobs out of no where.

In the final analysis, it may not be the haste to climb up the middle-income ranks than the cleaner environment we simultaneously need to boast that developed country label in another twenty odd years. By then, the world will be far more into a sustainable mode over energy production and consumption than we have ever been: it will not be a human transformation, that is, our mindset reversing itself, but the more inexpensive modes and methods new technologies have been facilitating.
We would be better catching that bus rather than be left on the sidewalk.