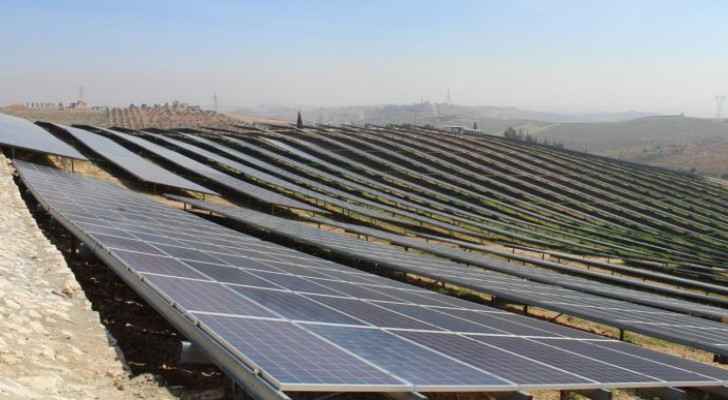 The opening ceremony was attended by a number of members of the SSIF board, fund managers, representatives of the National Co. for Tourism Development, the Electricity Distribution Company, representatives of the Ahmad Badawieh For Electromechanical Contracting Establishment, the Philadelphia Solar Company, the executor of the project, and the consultant Dar Al-Handasah Company for Design and Technical Consultation.

Saqqaf said that the third solar plant, which was built in the Ramah/Jordan Valley, will supply two hotels in the Dead Sea area with electric power, with a capacity of five megawatts, at a cost of JD 3.7 million.

She indicated that with the inauguration of this station, the SSIF will have fully completed a project to establish three stations to generate electricity from solar energy with a total capacity of 15 megawatts for the project at a total cost of JD 17 million, which the fund will recover within 3 years, with an annual saving in expenditures for the Social Security Corporation (SSC) of JD 5 million.

Saqqaf stressed that the importance of this project is to increase the competitive advantage of the five social security hotels that benefit from these stations because they will significantly save on their electric energy bills.

The project, which also supplies the building and branches of the general institutions for Social Security and the Investment Fund building, is an important step in investing in a green economy and converting to clean energy.

SSIF started the project to construct solar power stations at the beginning of the year 2020 by establishing the first station, which was inaugurated July 2020 in the Ghor Kabid area, which provides energy to a hotels in the Dead Sea. The second station in the Jariba area, Zarqa, was inaugurated Feb. 2021, and provides energy to the building and branches of the SSC, the SSIF building, and a hotel in Amman.