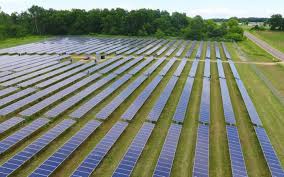 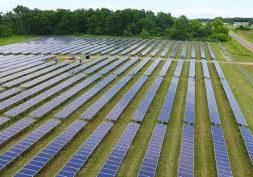 India is expected to emerge as the world’s third-largest passenger vehicle market by 2021. Currently, the automotive sector contributes more than 7 per cent to India’s gross domestic product. The Automotive Mission Plan 2016-26 sets an aspiration to increase the contribution to 12 per cent. Given this prospective growth and being a key part of India’s manufacturing base, the automotive industry can contribute considerably to the sustainability targets of the country.

There is a lot of focus on electric vehicles (EVs) today and they certainly pose an opportunity for a major change in how automotive products contribute to climate change. This shift to EVs is expected to happen over the next 10 years. However, there is an immediate opportunity from a sustainability standpoint that manufacturing itself be sustainable. Most corporates in India today are making a strong push towards sustainability given their commitment towards sourcing renewable energy. The automobile manufacturing sector, including auto ancillaries, is already showing quick adoption.

Implementation of sustainability through solar adoption, can be done without any investment and without any change to the company’s operations. For example, Tata Motors’ nano car factory in Gujarat has one of the state’s largest rooftop solar plants, with a capacity of 2 megawatt (MW). This project has helped Tata Motors to save about Rs 3 million annually and abate almost 2,700 tonnes of carbon dioxide annually. Last year, this project was awarded the Financial Times (FT) & International Finance Corporation’s (IFC) award for ‘Achievement in Transformational Infrastructure 2018’.

The automotive industry has seen increased adoption of solar power with both on-site and off-site solar solutions. Some of the top auto players such as Tata Motors, TVS Motors and Mahindra Group have installed a solar plant at their own facility, also called an “on-site” plant. The roof size of automotive manufacturing units are usually large and fairly open, and therefore, well-suited to solar. Occasionally, there may be vacant land available inside the premises, which can also be a good option for installing ground-mount solar plant. Increasingly, ‘solar car ports’ are being installed, in which an open parking area is converted into a covered parking zone, where the solar panels themselves provide shade, and generate power at the same time. On-site solar are a great option, and usually provide the lowest cost per kilowatt hour (kWh) of solar power, because they are not subject to grid charges.

The constraint with on-site solar plants is space. Even after fully utilising the roof, the solar power generated typically does cover more than 10 per cent to 20 per cent of the factory’s power consumption. This is where the second option comes in, which is to wheel power from an “off-site” solar farm through the grid to your factory. This allows consumers to move the majority of their power to renewables. The modalities vary from state-to-state, as regulations vary. In most cases, this requires a ‘group captive’ legal structure, with some shareholding from the consumer. With present clarity on how regulations will treat these projects, it is a great option for consumers to move the majority of their power consumption over to renewable energy.

On the other side of the spectrum, EVs can provide a major reduction in greenhouse gas emissions and air pollution, but only if the electricity powering those vehicles is generated sustainably. Today, most of India’s power still comes from coal, which is a major contributor to both pollution and climate change. The good news is that just as EVs are becoming commercially viable, renewable energy is already among the cheapest and most reliable forms of power generation. So, as the government creates a policy framework to encourage the move to EVs, the transition to renewable energy should be an important piece of that strategy. A move to EVs without a simultaneous move to renewables would be passing up on a huge opportunity to reduce air pollution.

There is a widespread adoption of solar energy in the segment – not only by four-wheeler OEMs like Tata Motors, but also among auto ancillary manufacturers like SKF, two-wheeler manufacturers like TVS and Hero, tractors (Mahindra) and commercial vehicles and construction machinery manufacturers such as Volvo. Also, Bosch has the vision to be fully climate-neutral as early as next year across their 400 locations worldwide. Most automobile companies have very ambitious goal in reducing their carbon footprint through renewable energy.

India is the world’s fourth-largest carbon emitter with its population of 1.3 billion people and increasing number of cars and commercial vehicles. It is also a nation with 300 clear sunny days which can be utilised to generate solar power contributing to reducing carbon emission and also reducing cost of operation. The auto industry in India has great potential to harness the power of the sun and drive the future of solar energy.

Manu Karan is the vice-president of business development at CleanMax Solar. Manu has an experience of over 15 years experience and has worked with SunEdison, previously.

tags: solar energy
0
previous Koraga colony gets solar power on Gandhi Jayanti
next Chandigarh: Solar plants on rooftops in the city, subsidy in the air 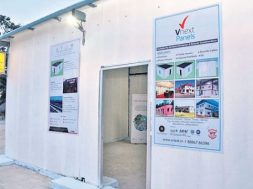 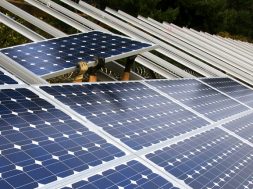