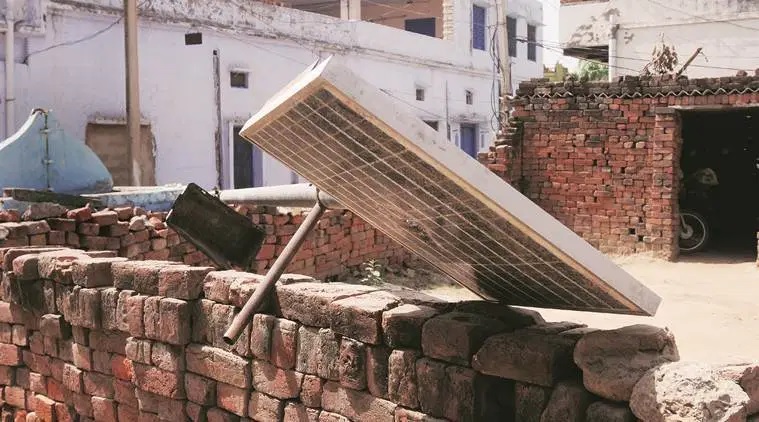 Chandigarh: Solar plants on rooftops in the city, subsidy in the air 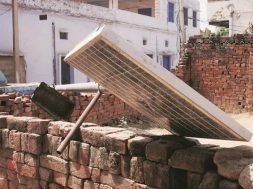 Chandigarh: Solar plants on rooftops in the city, subsidy in the air

Chandigarh’s dreams of becoming the first solar city of India are being eclipsed by its inability to give consumers the promised subsidy.

It was in 2009 that The Energy and Resource Institute (TERI) prepared a master plan for making Chandigarh a solar city. Ten years and four deadlines later, the city is still struggling to achieve this aim. One reason is that Chandigarh Renewal Energy and Science & Technology Promotion Society (CREST), which is tasked with promoting solar energy and ensuring quick payment of the 30 per cent subsidy to solar consumers, has proved unequal to this task.

Newsline spoke to a host of residents who have opted for solar photovoltaic power plants and found them waiting for the subsidy. Although as per rules, the subsidy amount should be deposited in the account of the resident a month after he pays the entire cost of the solar plant, residents have been waiting in vain for almost a year. Here are their accounts:

I installed 5kv SVP system on my rooftop last year in accordance with the deadline given by the UT Administration. The plant started functioning in December 2018. But since then, I have been waiting for the subsidy, which amounts to Rs 90,000. I have been pursuing this matter through my SVP manufacturer, who claims to have approached Crest officials several times but in vain. First, I was told that it had got stuck due to the code of conduct, then I was told that it will be released after the parliamentary elections in May 2019. After that, I was told to wait for the Union budget. It’s been 10 months now, but I have no clue about my file with Crest.

I installed an SVP system on the rooftop of my house within the dates given by the Chandigarh Administration. It was installed on February 20 this year. As per the 30 per cent subsidy, Crest owes me a sum of Rs 81,000, which is not a small amount. I have taken up the issue with Crest several times but to no avail. The manufacturer, who installed the system at my house, is also helpless. He told me that hundreds of people are awaiting their dues. How can Chandigarh Administration claim that people are being given subsidies?

I spent Rs 1.64 lakh on the installation of a solar plant on the rooftop of my house in May this year. The administration owes me a subsidy of Rs 55,000 but what to talk of subsidy, the UT electricity department is yet to connect a meter to the solar plant. I am at a loss from both the sides. Though the solar plant is generating power, I am not getting its benefit due to the absence of a meter. It is a clear case of harassment.

My subsidy of Rs 70,000 has been pending with Crest since April this year. I was assured that I will get the subsidy within a month. I don’t know where my documents are stuck. There is no transparency in the system. The vendor who installed my system says he is also facing harassment.

I got a 5 kv plant installed at my house in January this year. First, it took me several visits to the electricity department to get the new meter installed. I was told that the subsidy amount of Rs 90,000 would be credited to my account by February, but I am still waiting. This is no way to promote a scheme.

I A Quadri, director of Diamond Renewable Solutions Pvt Ltd

It’s not consumers alone who are facing this problem. Manufacturers and installers of solar plants are also being harassed. A number of customers have not given us the full payment, saying that they will do so only after receiving the subsidy. Many manufacturers are pursuing the subsidy cases of their clients with Crest.

Crest officials have been giving the excuse that they don’t have the subsidy amount, and they have asked the Centre for a sum of Rs 6 crore. An RTI application filed by a solar operator, however, found out that Crest has made no such demand from the Central government. Newsline reported this matter last week.

The Chandigarh Renewal Energy and Science & Technology System (Crest) is no longer an independent authority for the installation of solar plants on rooftops in Chandigarh. Now onwards, it will work through the UT electricity department, a development which has created confusion for general public and those dealing in solar plant installation.

Earlier, Crest was the sole authority for receiving applications, giving clearance to the installed solar plants and releasing subsidies to eligible people.

The Director-cum-CEO, Crest, Debandra Dalai, said, “We took up the matter with UT Adviser Manoj Parida, who advocated in favour of Crest. The matter was resolved on the condition that UT electricity department will be the governing authority and all communication between Ministry of New and Renewable Energy (MNRE) and Crest will go through the electricity department. All the monetary grants, funds will also come to electricity wing and then allotted to Crest. For the hassle free process, administration has appointed one of our Crest project directors as the nodal officer with UT electricity department for solar power-related affairs.”

Sandeep Poddar of Sector 32, a city-based solar plant installer, said, “Now we will have to deal with double authorities. Earlier, Crest was the only authority; now there is another, UT electricity department. UT Administration will have to make system smooth. The subsidy system has been changed. Now we will have to give the subsidy to customers and we will be reimbursed by Crest. But before Crest, our subsidy amount will come to UT electricity department. This all increases red tape in the system.”

Manish Goyal of Sector 19, who is among hundreds waiting for his due subsidy amount, said, “There are slim chances of a smooth process in this system. Now subsidy amount will come to the electricity department, then to Crest and then passed to the solar plant installers. We also have to approach the electricity department and Crest for getting clearance for our installed rooftop solar plants. There will be complications. Administration should make people aware of the process and this development.”

In August this year, the Ministry of New and Renewable Energy (MNRE) had decided to promote rooftop solar (RTS) through state-owned power distribution companies (discoms) but as Chandigarh lacked any discom, the task was to given to the UT electricity department.

0
0   0
previous Solar energy: The future of India's automobile industry
next Install solar power panels on rooftops for home appliances, not in large farms or power plants