Over the last few years India has made headlines for achieving a staggering growth in solar capacity addition (from a meagre 500 MW in FY12 to around 9 GW by end of 2016) as well as for putting together a bulk competitive bidding-based procurement model that lead to steep reduction in tariffs. Other countries in Europe, Middle East and Africa have emulated this procurement model, which is claimed analogous to a free & fair market place for project awards. However a closer look at the approach followed including the terms and conditions for alternate growth in the sector, present a different picture.

One of the path-breaking policies under the Electricity Act, 2003 was allowing a consumer to purchase power directly from one or more generators/traders by securing open access on transmission and distribution grids. In exchange of allowance of free flow of electricity from point source A to B, the users have to pay for various network related charges (wheeling) and losses, as well as some other derived charges to keep level playing field unchanged for the incumbent utility and thereby avoidance of cherry-picking by rival suppliers (these include cross-subsidy surcharge, additional surcharge, open access approval related costs etc.). The Act as well as the National Tariff Policy has recommended progressive reductions to these charges and to reach the ultimate free market situation wherein tariffs are equivalent to cost of supply.

However the central as well as state governments in the past have not shown enough willpower to bring down costs associated with freedom of supply choice exercise by a buyer. On the contrary some of these costs such as the cross-subsidy surcharge have been increased and others such as additional subsidy and electricity duty have been introduced on consumers breaking away from the grid.For example in Maharashtra consumers were levied 25% of the cross-subsidy surcharge in case power was procured from a renewable source. This has been revised since November 2016, whereby consumers are now required to pay charges equivalent to 100% of cross-subsidy surcharge. As a result the cross-subsidy surcharge for industrial consumers has gone up from 41 paise/kWh to 1.65 Rs./kWh. Another surcharge to compensate utilities for stranded capacities, called Additional Surcharge, which was once waived off for consumers purchasing renewable power, is now levied at the rate of 1.11 Rs./kWh. Again in Maharashtra the state revised its electricity duty policy to bring under its ambit, sale through open access (electricity duty for an industrial consumer is 9.3% and that for a commercial consumer is 21%). Together these have resulted in making unviable the direct trade of solar energy between a consumer and a generator.

On the other hand government agencies (SECI, NTPC and Discoms) who act as bulk traders of solar power, have built market monopoly over procurement and in turn supply of solar power. Their offer of one-time capital subsidy (in the form of viability gap funding provided to winning bidders) which is actually Indian taxpayers money allocated through central budget, ensures that for developers securing capacity under such tenders is the easiest and most viable route for project development. Lenders also in turn assess such projects favourably given the long-term procurement promise of a central government agency. That is one of the primary reasons for overtly aggressive bidding behaviour by some developers which might prove detrimental to the entire sector.

Such market monopoly pressure is contrary to the spirit of the Electricity Act, 2003 and hinders realization of the true potential of solar power in India. Consumers who are willingly providing commitment to fight climate change should not be burdened with additive costs. The government should create a free and fair market in true sense where there are many more suppliers of green power. 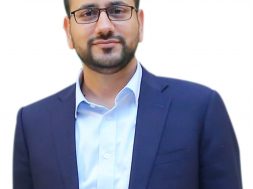 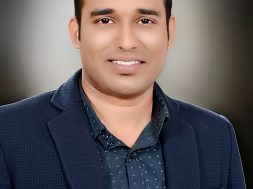