Year 2016 has been declared the warmest year on record, bringing global warming and climate change into focus. The economic impact of climate related changes are increasingly taking center stage in policy interventions across the globe. It is estimated that developing economies are more vulnerable to climate change, which presents a dual challenge of sustaining economic growth while combating climate change. India is expected to witness economic losses equivalent to 1.8 percent of annual GDP by 2050 that could widen to 8.7 percent by the end of this century, owing to global warming and changing weather patterns. However, through its ambitious Nationally Determined Contributions (NDCs) and ground-breaking global initiatives such as the International Solar Alliance, India is leading this fight against climate change, emerging as a ‘responsible’ global superpower.

The country has been taking laudable and decisive steps in facilitating a low carbon economy with ambitious targets – renewable energy deployment of 175 GW installed capacity by 2022, development of 100 smart cities for its citizens, and implementation of a Zero Defect Zero Effect (ZED) approach in manufacturing. Such initiatives have the potential to not only drive economic growth but also improve quality of life. India is also ramping up efforts to mobilise the finance needed to promote sustainable development, the most notable one, through a special budgetary provision of a coal cess, under the National Clean Energy Fund. Having raised Rs 25,000 crore successfully since FY11, about one third of the fund is estimated to have been used to promote renewable energy and water resource management. There is, however, an urgent need to incorporate elements of sustainable development into policy making in order to have a real impact, particularly, in the financial sector which unifies such a diverse and large a country as India. One mechanism could be through an outcome budget with targeted budgeting provisions that align growth to sustainability.

Budgetary response to climate change
Climate change with its indelible impact on the financial system, has emerged as a priority in budget provisions, and needs an integrated response that can make India’s economic growth more resilient through timely policy interventions and market reforms.

Increase budget allocations to key sectors
The first intervention could be to increase budgetary allocations to key developmental sectors, as backed by the policy proposal by NITI Aayog, suggesting a three-fold increase in social sector spending. For instance, the increased budget to the Swachch Bharat Abhiyan ($ 530 million or Rs 3500 crore) in 2016 is expected to have a manifold impact on bringing down costs attributed to lack of sanitation (The report ‘True cost of poor sanitation’ by Oxford Economics estimates that India has suffered costs equivalent to 5.2 percent of its GDP in 2015, ie $ 107 billion (Rs 7 lakh crore).

Align climate and development goals to financial systems
The second intervention could be to align the globally accepted goals for sustainable development and climate change to the current financial systems. A case in point, the Organization for Economic Co-operation and Development (OECD) tracks the implementation of the UN Rio conventions, through five markers – adaptation, mitigation, biodiversity, desertification and environment. These Rio markers form a part of the overall OECD statistical system that monitors official development finance from developed to developing economies, and gathers activity-level information such as the project description, the recipient, the sector and the type of financial instrument used.

Similarly in India, the Department of Expenditure under the Ministry of Finance could identify climate and development related schemes, policies, initiatives and institutions to track the allocated budget with emphasis on outputs, deliverables, and impact assessment. In essence, this would evaluate the implementation progress of the Sustainable Development Goals (SDG) and the NDCs through robust and comparable data, while also putting SDG and NDC related budget allocations in perspective with other expenditure. This would also enable India Inc. to better align its own strategic and financial allocations to these goals.

Incentivise states for effective implementation
The third and perhaps the most important intervention could be to incentivise states based on effective implementation of climate and development related policies and projects. This would not only result in a healthy competition amongst states, but would also highlight the better performing states to potential investors, for channelising the ‘patient capital’ available globally.

Deepen the green bond market
One of the existing financial mechanisms driving the global economy’s transition to a greener future is Green bonds. Since the first green bond in 2007, the market has grown exponentially, peaking in 2016, with cumulative issuances pegged at over $ 180 billion globally. A growing number of corporates and financial institutions have been able to attract foreign investments using green bonds, demonstrating how innovations in emerging markets have the potential to capture global attention.

The Securities and Exchange Board of India (SEBI), recognising green bonds as a key tool towards financing the nation’s climate and development targets, has issued official guidelines for Indian green bond issuers, placing India amongst a select set of pioneering countries which has developed national level guidelines. To further induce momentum in the market, and to attract foreign investments, a sovereign green bond would be very timely. India would be the first among nations to issue sovereign green bonds, with Poland having taken a lead in December 2016.

With the Indian Government’s emphasis on municipal bonds to augment financing to urban local bodies, green municipal bonds have the potential to not only attract both domestic and global capital, but also bolster transparency and accountability in the civil bodies.

Summing up
On a closing note, the budget this year would need to set the ball rolling for the industry and the society to work collaboratively towards combating climate change and move towards sustainable development. India in its official NDC document has highlighted the need for channelizing USD 2.5 trillion by 2030 to meet its climate targets, and a report submitted to the Government by Development Alternative (a renowned Indian research and action social enterprise) has indicated that an annual spend to the tune of USD 960 billion would be required to achieve the SDGs. It would be interesting to see how the budget would be able to respond to the demanding element ‘climate action’ along with inclusive development and equitable growth at its helm. 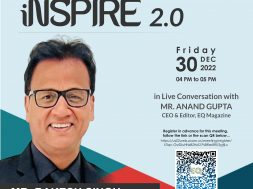 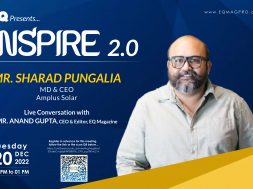