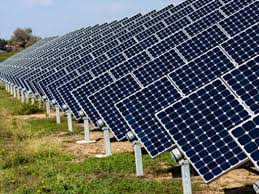 A quick read of Frank Ochieng’ article ‘Why the switch to solar campaign is dead on arrival’ shows that the author is either ignorant of the facts and trends in the solar industry or has chosen to willfully neglect facts. The article was published on November 25 on the Star website and Business Daily. It would seem that the author is out to drive a narrative with the sole aim of demonising the solar industry.

One of the main reasons why many people were initially hesitant to shift to solar power was the high cost of installation—particularly the cost of solar panels, inverters, and energy storage. The solar battery technology was not very developed, hence, the maintenance cost of the batteries was high.

However, as technology improves and production increases, the cost of solar merchandise has nosedived. You can now get a solar panel at Sh32/Watt. Solar panels do not require direct sunlight to produce electricity. They produce electricity from photons that are readily available in natural daylight. Solar panels have concentrators made of lenses and mirrors which increase the amount of sunshine reaching solar cells.

The solar panels can therefore produce electricity in cloudy weather. This explains why a country such as Germany, with a temperate climate, is still one of the leading users of solar energy. You can now get a 200Ah solar battery at Sh30,000. For a two-bedroom house, you will spend around Sh250,000 on a correctly sized solar system. The Sh700,000 estimation by the author is an exaggeration.

A lithium-ion battery has a shelf life of 25 years based on the current technology. So effective are Lithium-ion batteries that the Japanese government is even using them in their submarines. Solar systems have a charge controller which ensures that the batteries are not overcharged or over-discharged.

It is therefore rather mischievous to blame the failure of streetlights on overcharging or over-discharging of batteries. Most of the streetlights are not functioning due to vandalism, incorrect sizing of solar materials, and the use of substandard solar products that do not have UV protection.

The author seems to be fixated on the hypothetical Armageddon situation where everybody dumps the grid and goes for solar, which is far from the truth. As the author has rightly noted, most of the large power consumers have opted for the grid-tie system. The grid-tie system as described by the author is connected to the grid making the consumer a net energy producer. Excess solar energy is passed to the grid and this is deducted from the consumer’s monthly bill.

For a grid-tie solar system all that is required is a solar panel, grid-tie inverter, and a power meter. There are no batteries used in this system and this significantly reduces the installation cost. The main aim of the large power consumers installing a grid-tie solar system is not to eliminate Kenya Power mains electricity but rather to reduce reliance on it, especially during the day when most of the work in industries and organisations takes place.

It is also important to note that it is not a must for the grid to be on for the grid-tie system to operate. You can configure, integrate a generator to the grid-tie system and the solar system will continue to work with the grid off. Claims by the author that industrial solar systems have a lifetime of five years are not true. Solar panels have a shelf life of more than 25 years. The Inverters have five-year warranties, which are even extendable to 10 years.

With a grid-tie system, an organisation can save up to 40 per cent on Kenya Power electricity bills and break even after five years. The organisation can then enjoy uninterrupted solar power for at least 15 years.

An organisation with a grid-tie system with battery storage backup can save up to 60 per cent on its Kenya Power bills. The payback period is estimated to be eight years after which the organisation can enjoy uninterrupted power for 18 years courtesy of the installed system. This to me sounds like a good deal.

Many solar companies have come up with easy to use and instal solar products that are cheaper and popular among rural folks. If we recall the Kenya Power experience from GPOBA and last mile projects where the utility company spent millions installing thousands of meters to customers for free or at a subsidised cost with the expectation of recouping this cost from customers vending.

This, however, did not happen as most of the customers in rural areas abandoned the installed meters as soon as the units got depleted. They could not afford to buy electricity tokens courtesy of their low income. These ready-to-use solar products would serve this segment of the population better than Kenya Power’s mains electricity considering the low income of these areas.

Lastly, Kenya has large expertise in the solar field. There are many Kenyans who have requisite training on solar from both local and international universities. Most of the solar products are imported, mainly from China or Europe. However, there are local companies that make solar products.

With continued innovation in the solar field, solar products will become cheaper and more efficient. As a result, many organisations will adopt solar. The goal is not to eliminate Kenya Power’s mains electricity but rather supplement it.