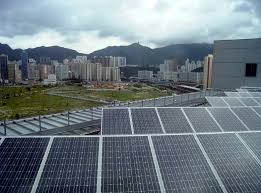 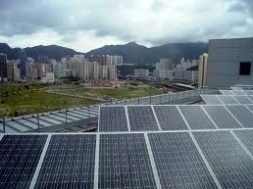 New Delhi, Oct 18 : Taiwan wants to be a renewable energy hub and its businesses are looking at India as an investment destination in the sector, besides high technology.

President Tsai Ing-wen this week laid out plans to grow her country’s renewable energy to become a major global player and a stable supplier of green energy, as global supply chains are being realigned.

“We have a vision for a greener world and are determined to see it through,” Tsai said at the Energy Taiwan 2020 Exhibition in capital Taipei.
“We’re turning Taiwan into Asia’s green energy hub,” she said, unveiling plans to ensure Taiwan as a stable green energy supplier.

Tsai earlier this month committed to fully participate in the reorganisation of global supply chains in the wake of US-China trade war and Covid-19 pandemic. Supply chains are critical for national security and need to be realigned for the diffusion of risks, as they shouldn’t be in hostile locations, say business and security experts. Her announcement coincided with India’s re-election as president of the International Solar Alliance during the week.

Renewable Energy Minister RK Singh addressing the ISA plenary said solar energy contributing 2.8 per cent of global electricity, is growing as the fastest source of energy and if the trend continues, by 2030 solar will be the most important source of energy for the world.

Both Taiwan and India have been targets of Chinese aggression. And in the aftermath of Galwan clashes in the Himalayan border, New Delhi has intensified ties with Taipei. India follows a One-China policy. China considers Taiwan as a renegade province, off its coast.

Taiwan has Taipei Economic and Cultural Centre in New Delhi and trade offices. In 2016, Taiwan unveiled its New Southbound Policy and designated India as a focus country.

It is interested in India as an alternative investment destination to China. On Friday, a parliamentary friendship association meeting took place in Taipei which was attended by Gouranglal Das, a senior diplomat and director-general of India-Taipei Association, and Tein Chung-Kwan, deputy foreign minister.

Taiwanese businesses of late are now seeking to move their production bases away from China following the Trump administration’s decoupling policy and for its own strategic interests.
They are also turning to segmented markets like wind and solar energy and high technology like AI, which gels well with the Narendra Modi government policies. What is attracting them to India is said to be the government’s decision to reduce corporate tax and the huge domestic market.

Modi has visited Taiwan as BJP general secretary in 1991 and invited a business delegation to Gujarat when he was the chief minister.