Tesla’s the `Biggest’ Reason Why Rooftop-Solar Leasing Is Fading

Tesla’s the `Biggest’ Reason Why Rooftop-Solar Leasing Is Fading 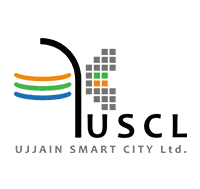 U.S. residential solar surged this decade on the back of leasing deals that helped consumers get rooftop power systems with no money down. The financing arrangement accounted for the majority of the market after 2011 until being surpassed by cash sales and loans last year, according to a report Tuesday by GTM Research.

There are several explanations for the shift, notably the widespread availability of loans. The main factor: Tesla Inc. is pivoting away from leasing, according to Allison Mond, a GTM analyst.

“The single biggest driver of the quick emergence of customer ownership in 2018 is the contraction of SolarCity/Tesla as an installer,” Mond said by email. Cash sales and loans comprised 59 percent of 2017 deals, with leases and power-purchase agreements making up the balance.

SolarCity, long the leasing leader, was acquired by Tesla in 2016 for $2 billion. Tesla is now prioritizing profitability over growth at all costs. It lost the U.S. residential-solar throne in the fourth quarter to Sunrun Inc., a San Francisco-based installer that remains a big proponent of the solar lease.

GTM expects leasing to rebound in 2019. Sunrun is growing and there may be new entrants in the market this year.

The demand for leasing and power-purchase agreements “versus customer-owned systems is still largely a function of the players in the market and what they are selling,” Mond said.