Three initiatives for India, two in the electric vehicle space and the other in the solar rooftop sector, are likely to propel the country towards a cleaner economy.

The Lab, an investor driven initiative, essentially aims to drive billions of dollars for climate action by developing and supporting innovative finance instruments. Furthermore, it identifies, develops and launches sustainable finance instruments that can help in graduating towards a low carbon economy. This year, it launched nine new investment vehicles – three of which are intended for India’s populace.

Encouraging E-autos
A global air pollution database launched by the World Health Organisation in May this year revealed that India has 14 out of the 15 most polluted cities in the world.

On an average, auto-rickshaw fleets in Indian cities are responsible for around 10 percent of this pollution. Also, most auto-rickshaw drivers opt to rent their vehicles instead of own them, due to the high cost of financing and a lack of fitting financing options for ownership.

On why these autos have not become a full-fledged means of transport, he believes there are several challenges involved, with the most prominent one being that traditional financiers do not want to fund these vehicles because they don’t yet understand how these vehicles will operate. “Additionally, the lack of infrastructure to charge these vehicles and the absence of adequate policies do not encourage drivers to take up the risk of buying these vehicles (which usually have a high upfront cost). Finally, no entity has conducted a large scale pilot involving all the key stakeholders to show the financial and operational viability of electric autos,” he said.

While finance is key to drive this change, a clear business case for all stakeholders required to make this successful has been made. However, to realise a larger scale initiative in multiple cities, Tandong informs that Memorandums of Understanding (MoUs) have been signed with all the key relevant stakeholders in making the vehicle deployment a success, keeping in mind that the asset should become profitable to drivers.

“Basically, what this means is that manufacturers will need to provide vehicles at an attractive price with a longer warranty to ensure the customer’s risk is reduced. The metro rail will have to provide charging and parking spots which will reduce range anxiety and provide for first charging spots before a wider network of charging infrastructure is deployed. As for local governments, they need to be responsible for provision of subsidies (for these vehicles), through the SMART city programs and the replacement of two-stroke autos,” he said. 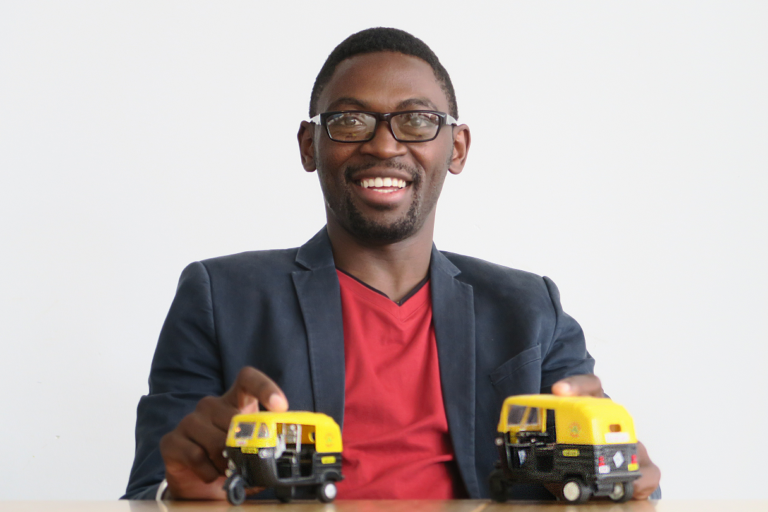 TWU intends to deploy 12,000 vehicles in the first phase which will span across multiple cities in India among those who show an interest in making electric autos a reality. Currently, this initiative will be undertaken in Bengaluru, Chennai, Hyderabad, Pune, Puducherry and Chitradurga (in the state of Karnataka).

The electrification of transport in India is crucial to meeting the nation’s climate goals. In fact, the transport sector alone accounts for 13 percent of energy related carbon emissions and over 40 percent of the total particulate matter emissions in cities.

In such a scenario, the electrification of buses in public transit can be a good starting point as they have high greenhouse gas mitigation potential and high vehicle utilisation per dollar of investment. Moreover, large scale deployment of electric buses is the key to meeting India’s decarbonisation target of 33 percent to 35 percent by 2030 under its contribution to the Paris Agreement. However, high upfront costs, lack of long term financing, perceived technology risk and the lack of supporting infrastructure are barriers to their mass adoption.

The Battery Subscription Facility aims to lower the upfront cost of the electric buses in India by investing in batteries and providing them to bus operators on a subscription basis, charging for use on a daily or per kilometre rates. 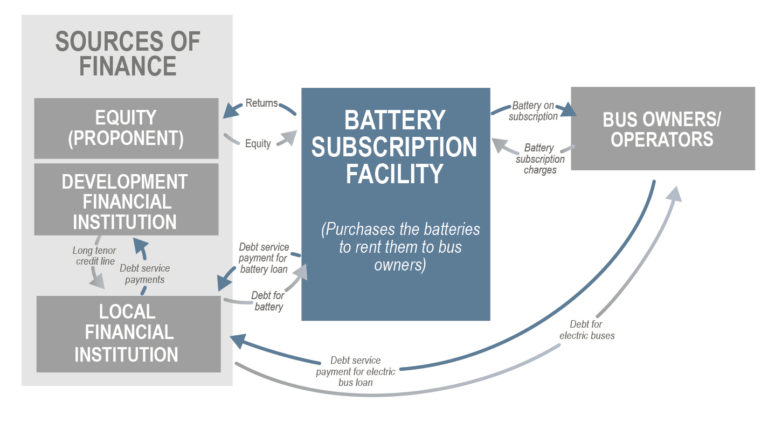 This model is perfect for the Indian context where the operational cost due to diesel/CNG is very high and increasing at an alarming rate. Also, it will bring down the cost of electric buses on a comparable level to that of diesel/CNG buses.

Moreover, it is applicable for all kinds of public transport – intercity and intra-city. By reducing the upfront capex investment of bus operators, the facility enables operators to quickly transit to electric buses without worrying about any perceived risks associated with battery technology and availability of the charging infrastructure, Goyal stresses.

Adding value to the sunrise sector

Even though solar rooftop has a sizeable contribution of 40GW in India’s target of 100GW solar by 2022, residential solar has seen a low off-take mainly due to lack of demand from homeowners and the inability of suppliers to serve them cost effectively.

Homeowners are wary of the high upfront cost and uncertain about the performance and life of the system. They carry an incorrect perception about solar energy primarily due to lack of precedent in their neighbourhood. On the other hand, suppliers find it prohibitive to serve homeowners due to high cost of marketing, customisation and maintenance. Low capacity of residential solar also results in thin margins which fail to meet the overheads, Aniket Baheti, Founder, Peacock Solar, told Mongabay-India.

This model intends to heighten the use of residential solar by data driven customer acquisition and efficient finance. Customers can avail a standardised solar offering and pay a monthly sum for the electricity generated. Peacock Solar’s business model is built upon lean operations to minimise the cost of solar for homeowners and thereby propel the demand in Tier II and III cities where customers own independent houses and have access to rooftops, he reasons.

Initially, the aim would be to reach out to smaller, peri-urban areas in Tier II and III cities where homeowners are completely dependent on the vagaries of the present grid infrastructure. In fact, this can open up opportunities for rural homeowners to access electricity through solar power. 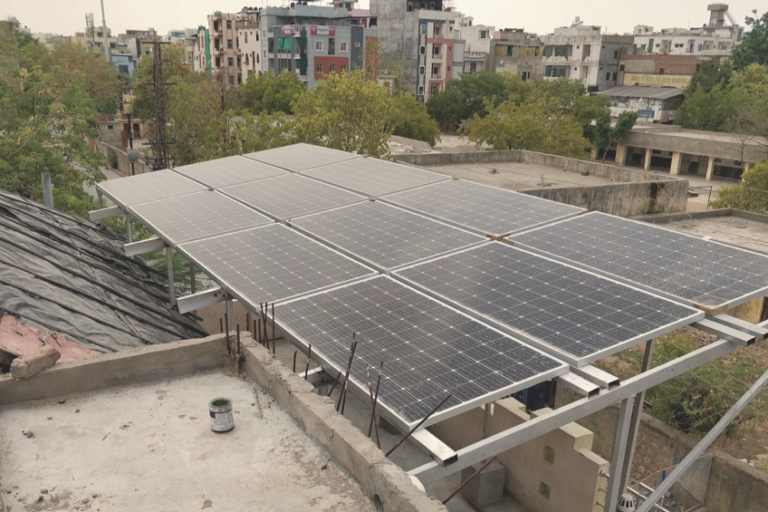 The Residential Rooftop Solar Accelerator instrument plans to install 250 projects of 5 KW each during the pilot in Kota, Rajasthan, by 2019. Photo from Peacock Solar.
Despite an ambitious target, India has got less than 1 percent of its total residential solar potential installed so far. The country, Baheti feels, can achieve 50GW capacity by empowering just 10 million urban households and mitigate 105 million tons of carbon dioxide. Accelerating residential rooftop solar would save India from subsidising distribution companies with $10 billion annually and avert the need to invest $200 billion in the present grid infrastructure for meeting the country’s future demand.

The instrument plans to install 250 projects of 5 KW each during the pilot in Kota, Rajasthan, by 2019. This would mobilise $1 million and save up to 1,600 tons of carbon emissions. At scale, it has the potential to install 5 KW projects for 20,000 households and this would mobilize $75 million and abate 130,000 tons of carbon emissions by 2022. If the business model were to be replicated by other companies, the instrument could account for 500 MW of installed capacity by 2022, enough to power 100,000 homes, abating 640,000 tons of CO2.