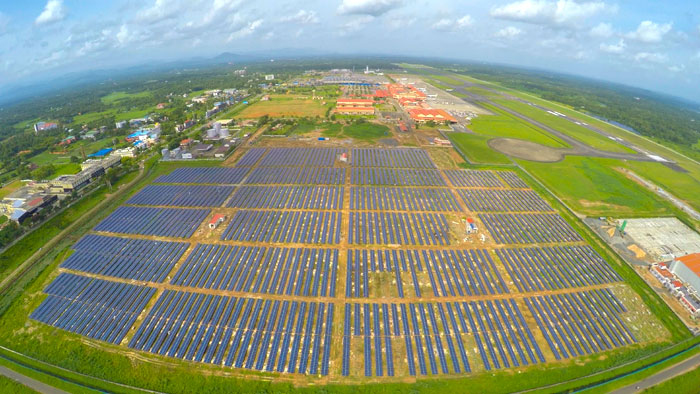 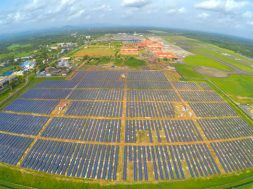 Trichy: Trichy City Corporation has earmarked 15 acres of land for the futuristic 2.4 MW solar power plant on the north side of Panchapur Sewage Treatment Plant (STP). After identifying the land, the Urban Local Body (ULB) has sought the Tamil Nadu Generation and Distribution Corporation Limited (Tangedco) to study the site for providing the mandatory technical feasibility sanction to begin the civil work on the power plant in a couple of months. The city’s first solar plant, sanctioned under the Smart Cities Mission, will supply electricity to Tangedco for a price.

At an estimated cost of Rs 13.50 crore in October 2018, the ULB proposed a plan to set up a solar power plant for generating renewable energy. After obtaining the administrative and technical sanctions from the high power committee of the Smart Cities Mission, a Chennai-based firm was selected recently by the civic body to set up the plant. As the preliminary survey sought 13.75 acres of land for the plant, the corporation zeroed in on 15 acres of land near Panchapur STP on the Trichy-Madurai NH a few days ago.

“Tangedco is extremely cooperative in implementing the solar power project. We have asked them to study the site and issue the mandatory technical feasibility report. We expect to receive a favourable report in a month or two,” an official at Trichy City Corporation said. The mass production of electricity from the solar plant will reduce the burden of Tangedco, which at times struggle to maintain the demand and supply of electricity. So, the first of its kind solar plant has earned the likes of Tangedco officials, sources said. Stating that the solar power plant project satisfies the green energy push as desired by the Smart Cities Mission, officials said that there will be no hindrance in launching the civil work, which is scheduled to begin in a month or two.