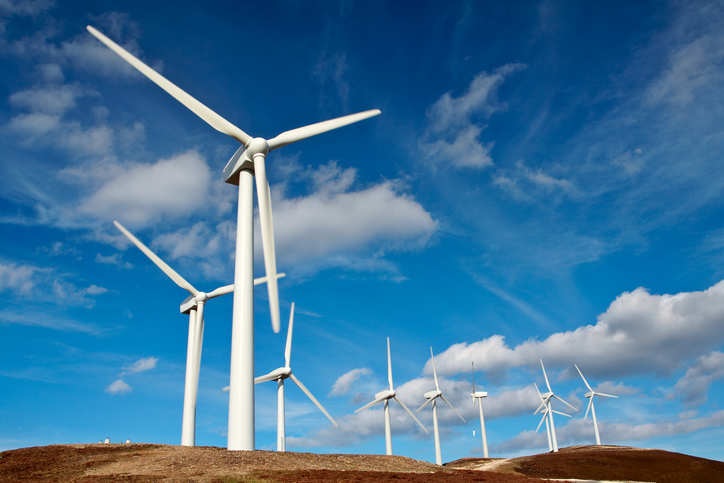 National Grid Plc is installing new technology on the U.K. network that will remove bottlenecks of renewable power and free up enough power to supply a million homes that would otherwise be wasted.

When it’s very windy, too much electricity is sometimes being supplied to the network in one place, with parts of the system reaching maximum capacity while others are below their limit. The so-called smart valves will automatically route power to parts of the grid where there is available capacity.

Reaching carbon neutrality in the grid by the middle of this decade will cost the industry 3 trillion pounds ($4 trillion), according to the network operator. That makes it essential to maximize existing power lines and to use all of the electricity generated from the nation’s wind farms.

The smart valves will allow the company to “harness the full potential of renewable generation and lower costs for the end consumer – all helping toward our ambition of being able to operate the system at zero carbon by 2025,” said Julian Leslie, Head of Networks at National Grid’s electricity system operator unit.

The majority of the U.K.’s wind capacity is in the North Sea. The network can’t always cope with moving all the electricity at once to where it’s needed so National Grid is sometimes forced to pay operators to stop turbines spinning.

National Grid is installing 48 smart valves on five of its circuits at three substations in northern England, making 500 megawatts of new network capacity available at each site.

The work will be completed by the end of the year. The company is also considering rolling out the same technology at two more sites in the autumn, which would unlock a further 500 megawatts.

0
0   0
previous Jigar Shah Has $40 Billion. What Will He Do With It?
next GAF Energy Builds Out U.S. Solar R&D And Manufacturing Facility