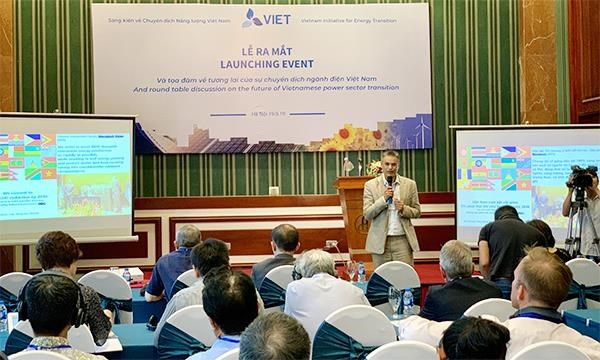 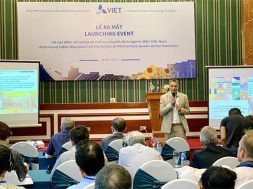 The Vietnam Initiative for Energy Transition (VIET) was officially launched in Hanoi on September 19.

Hanoi : The Vietnam Initiative for Energy Transition (VIET) was officially launched in Hanoi on September 19.

Established in late 2018, the VIET works as an independent organisation studying activities related to the transition of the national energy system.

Its main activity is hosting exchanges between scientists and policymakers in energy economy and climate protection to find appropriate policies for national energy development.

Speaking at the launch ceremony, Chairman of the VIET Ha Duong Minh said the Vietnamese Government is calling for diversification of investment in the energy sector.

There are many technical issues in the policy decision-making process. Therefore, the VIET will connect scientists and policymakers to put forth appropriate decisions to aid the transition of the energy system, he added.

This transition will contribute to cutting greenhouse gas emissions, helping Vietnam realise its commitments at the 21st session of the Conference of the Parties (COP21) in Paris in 2015 as well as international commitments on sustainable development Vietnam has joined, he said.

A workshop on the future of the power sector transition was held after the launch ceremony.

Participants discussed scenarios of developing a power system from using renewable energy such as hydropower, solar power and wind power.

They suggested the Vietnamese electricity sector have solutions for energy storage and policies to support public and private investment as well as ensure retail electricity prices for separate groups of customers.

During the past two years, the government has issued support mechanisms and incentives for the development of renewable energy, such as preferential prices for solar and wind power.

As a result, Vietnam has made significant strides in developing renewable energy in recent years, particularly solar power, turning the country into one of the most dynamic and attractive renewable energy markets in Southeast Asia.

As of July this year, solar and wind energy has accounted for more than 9 percent of the national electricity generation, surpassing the target for 2020. The total capacity of solar power plants in the country has hit 4,543.8 MW and that of wind power plants 626.8 MW.