Home Electric Vehicles Why a Canadian company is betting on a three-wheeled, one-seat electric car for its future 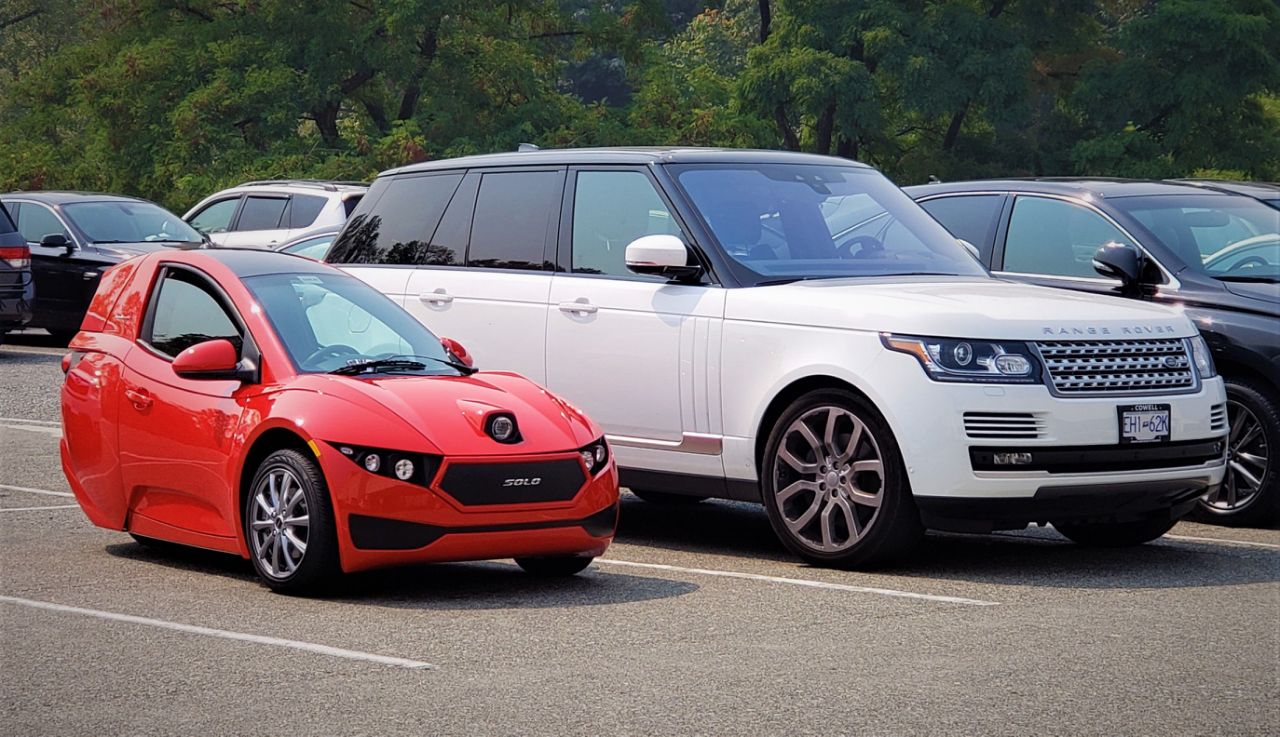 Why a Canadian company is betting on a three-wheeled, one-seat electric car for its future 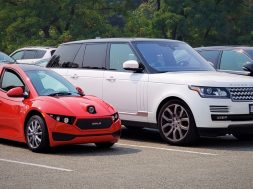 Why a Canadian company is betting on a three-wheeled, one-seat electric car for its future

As many major automakers adjust their production towards larger, sports-utility vehicles, a Canadian manufacturer is banking on the success of a three-wheeled, single-seat electric car for its future.

The Vancouver-based ElectraMeccanica Vehicles Corp.‘s Solo EV certainly doesn’t look like your average vehicle. Photos of the car look distorted, as if an amateur editor has photoshopped the vehicle to an extreme to make it appear slimmer than it actually is. In reality, the car is just 1.33-metres wide at the front wheels, with enough room inside for one-person and six-to-eight bags of groceries in the trunk.

The car can go from zero-to-100 km/h in eight seconds, with a top speed of 132 km/h. The lithium ion battery has range of 160 km, and can be charged in six hours with a 110-volt charger, or three hours with a 220 volt charger. The manufacturer’s suggested retail price for the SOLO comes in at just under $20,000.

It’s an unconventional vehicle, to be sure, but one that ElectraMeccanica chief executive Jerry Kroll sees as playing a significant role in North America and abroad in the future.

“I think North America, Europe and China are fertile markets for these cars to take off in,” Kroll said in an interview with Yahoo Finance Canada on Feb. 12.

ElectraMeccanica was originally founded as sports car producer Intermeccanica in Turin, Italy in 1959. It wasn’t until 2013 when Kroll – a passionate environmentalist who had previously worked on electric cars for NASA in California – acquired the company that it began focusing on electric vehicles.

Kroll is targeting three markets for the Solo EV – commuters, car-sharing companies, and companies in need of last-mile delivery services, such Amazon Inc. (AMZN) and Canada Post. The chief executive says the Solo is to electric vehicles today what the original smartphone was to desktop computers – an unexpected, smaller product that profoundly changed the industry.

“When 83 per cent of people who are travelling are doing it by themselves in a five-person gas car, that’s as dumb as seeing somebody walk down a sidewalk with a desktop computer just to check their email,” Kroll says.

With car-sharing and last-mile delivery, he says the Solo’s diminutive size helps it overcome the inconvenience of finding parking. Last September, the company announced it had partnered with 7-Eleven Inc. in Vancouver to provide two Solo cars for its delivery service.

“You can park two-and-a-half Solo’s in every regular parking spot,” he said. “It’s a brilliant solution for car-sharing and the perfect car for last-mile delivery for companies like Amazon, Ali Baba, Canada Post, Boston Pizza and Dominos.”

So far, there are 23,000 preorders on the books for the Solo EV. About 80 per cent of those orders come from California, which Kroll sees as the company’s primary market.

Last week, ElectraMeccanica officially opened its production facility in Chongqing, China. The company expects to produce 5,000 Solo vehicles by the end of the year, and will ramp up annual production to 20,000 cars in 2020, and 50,000 by 2021.

But production in Canada is not out of the question, Kroll said. In fact, he said he is interested in making use of General Motors assembly plant in Oshawa, Ont., which is slated to stop production at the end of this year. GM, which has pledged to launch 20 electric vehicle models by 2023, said the Oshawa facility closure is part of a global restructuring plan and an increased focus on electric vehicles.

Kroll said he has had discussions about the future of plant, but could not provide any details.

“I am very interested in having a Canadian car built in Canada,” he said. He pointed to the US$465 million loan Tesla received in 2010, allowing the company to open its production plant in Fremont, California, as the kind of incentive that could be offered in Canada.

“Tesla is a massive success and I think that it’s about time Canada stepped up, not just for electric vehicles, but for all the technologies around it that are being developed.”

The company first began trading on the NASDAQ in 2018. The stock had been languishing around the low-dollar range for months, until a Bloomberg story sent the shares up more than 220 per cent on Feb. 14. On Tuesday, ElectraMeccanica’s stock was trading at $4.70 as of 2:51 p.m. ET on Tuesday, an increase of 20 per cent since it listed on the NASDAQ last August.

tags: one-seat electric car for its future Why a Canadian company is betting on a three-wheeled
22
previous Electric Cars Will Cause Roads to Crumble, Economist Theorizes
next Peugeot to bring electric cars in its India debut in 2021