Why India must increase focus on energy storage solutions 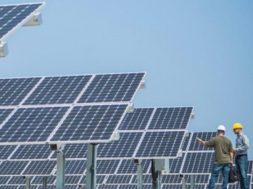 Why India must increase focus on energy storage solutions

Battery storage is rapidly becoming cheaper with the increase in manufacturing capacity, apart from being quicker to implement. However, till such a time that it becomes cost effective, developers would still be wary of large-scale implementations

India has set ambitious targets for renewable energy of 100 gigawatt (GW) solar and 75 GW of wind by 2022, the current installed capacity stands at roughly 24 GW of solar and 35 GW of wind power.

With the increasing share of renewables in the overall capacity, it’s Achilles heel will become more evident – Variability. In India especially where there are constraints on the capacity that can be put into the grid, storage is increasingly becoming a viable option. Storage can also help the grid operators with one of their constant challenges which is managing the peak demand.

A peculiar challenge that is becoming more prevalent across most solar and renewable promoting countries is the “Duck Curve” caused by shifting energy demand during the day. The key risk associated with this are over-generation during the day and significant ramp-up required during the evening. This also raises questions about the long-term feasibility of variable energy sources like solar.

To address these challenges of grid stability, demand and supply matching, peaking capacity and energy shifting, energy storage is the solution.

What are the options for energy storage?

There are numerous energy storage technologies in different stages of commercialisation each claiming to be the panacea to address these issues. The cost of not having storage systems in place is increasingly becoming higher viz. grid instability, unbalanced demand and supply, increasing variability, off-grid storage and peak demand amongst others.

Large Hydro projects are best suited to address the issues of grid stability, variability and ramp rates. However, these projects come with their own set of problems. Firstly, the large-scale social impact of land, relocation and water rights. These issues will remain a credible threat for construction and operations especially in India. Secondly, the time required for completion of the projects is significantly high – many plants have taken almost 9-10 years from concept to commissioning. Thirdly, the political and social risks of setting up these projects make them unpredictable in terms of timelines. And lastly, the sheer size of investment required makes these projects risky and developers averse to them.

Battery storage is the next most promising technology. The pace of development in terms of technology and reduction in cell and system costs is at an unprecedented level. Batteries are most suited to address the challenges faced in smaller and decentralized applications. The success of battery storage is largely dependent on the level of cost reduction that it can bring in.

Batteries will be the future, but, till cost parity with pumped hydro comes in, they will remain the credible second choice more suited to microgrid and off-grid applications. Batteries come with their own set of advantages in meeting the more customised application such as industrial peak shaving and residential and community storage.

Battery system costs are estimated to fall by as much as 70 per cent from their current levels by 2030.

Compressed air energy storage is only a short-to-medium term solution largely due to its reliance on conventional fuels and lower system and operational efficiency.

Pumped hydro storage works by utilising the excess energy during the lean periods to pump water from a lower reservoir to an upper reservoir. When demand is higher, the water is released and through turbines and additional power is created, which can then be fed back into the grid. This is the leading technology in terms of capacity.

The CEA has identified a potential of almost 96 GW of pumped storage across India. India currently has about 2.6 GW of operational pumped storage projects. There are another 2 GW of projects installed but not commissioned and a further 1 GW of project under construction. 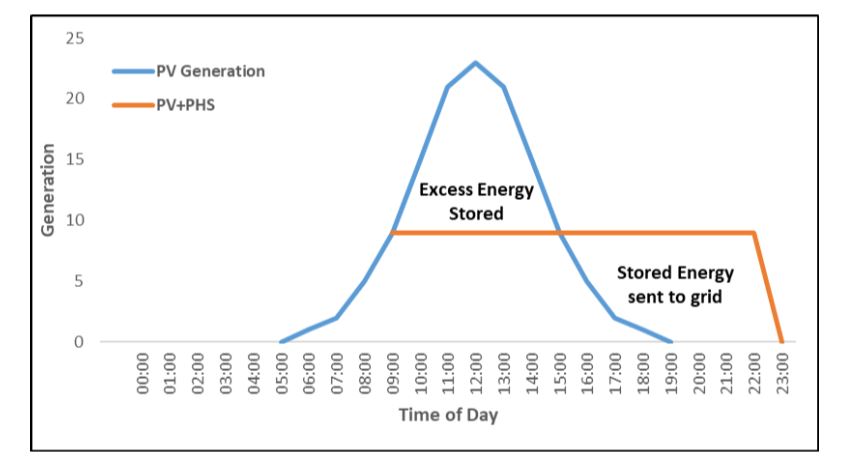 There are a lot of technologies which are still in their infancy due to issues related to their scale, costs and technical feasibility.

So, amongst the front runners, large hydro is not desirable considering its social costs and time required and compressed air systems provide only an interim solution. So, currently, we are left with only two feasible technologies – pumped hydro and battery storage.

Pumped hydro projects, however, require a longer duration to set up (few months to years). Battery storage systems are relatively quicker to commission.

The capital costs for pumped storage, $475 per kilowatt hour (kWh), are higher than that for battery systems at $357/kWh [1]. Pumped hydro storage would, however, be more cost effective especially in developing nations such as India.

If you consider the levelized cost of storage over the life of the asset, pumped hydro is hands down the more attractive one at $184 per megawatt hour (MWh), whereas battery storage comes to $204-275/MWh. [1]

Although the cost of storage is rapidly decreasing currently at these levels of investment, the cost of storage for grid stabilisation is still high. One of the alternatives to help absorb this impact could be to potentially harmonise this cost over the entire grid, which would in turn mean very marginal cost for each of the consumers (in the range of a few paise per user).

Battery storage is rapidly becoming cheaper with the increase in manufacturing capacity, apart from being quicker to implement. However, till such a time that it becomes cost effective, developers would still be wary of large-scale implementations.

India is targeting about 40 per cent of its energy from non-fossil fuels by 2030 as per its commitment in the Paris Agreement. With this objective, storage to address the variability of renewables and issues described at the outset in this article, is of paramount importance for the sector.

About Sunil Jain
Sunil Jain is the CEO and ED at Hero Future Energies. He has over three decades of experience in the automotive, infrastructure & cleantech and the manufacturing industry.