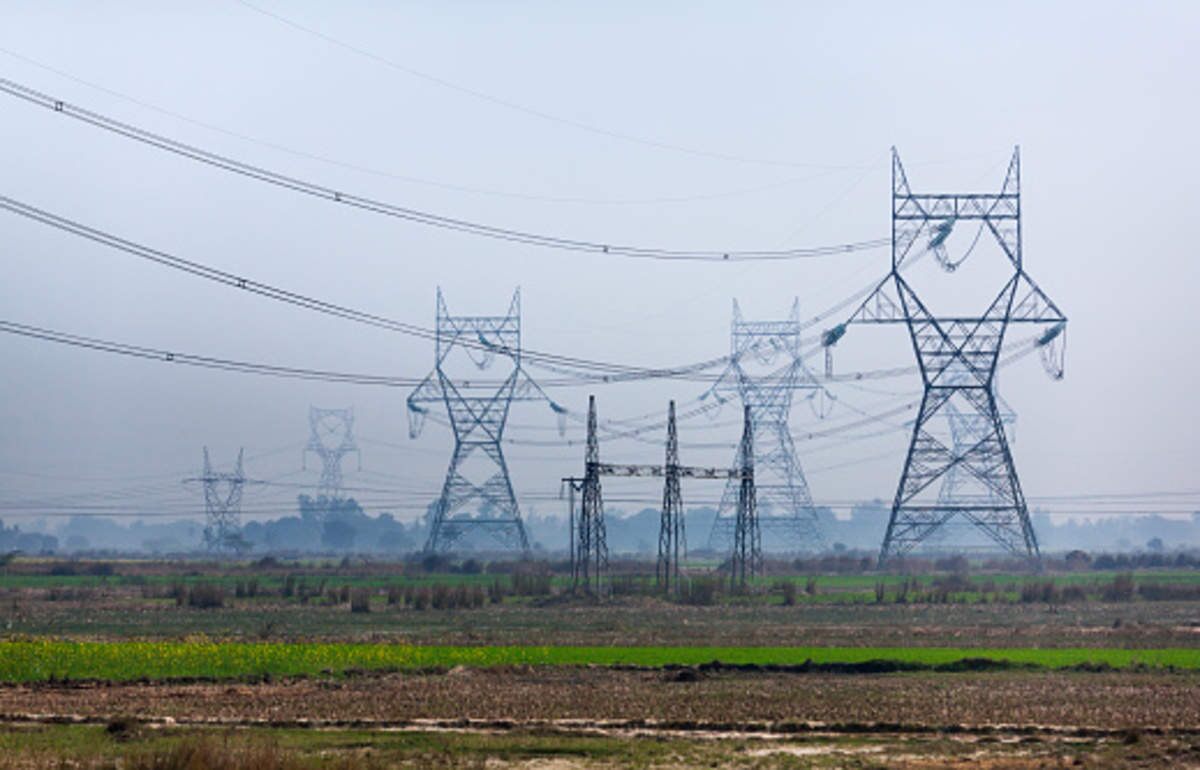 Within 10 days of the lockdown, India was consuming 20% less power than usual 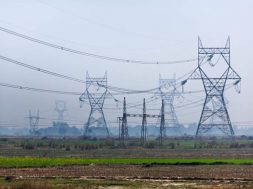 Within 10 days of the lockdown, India was consuming 20% less power than usual

As India completes almost a month of a government-mandated lockdown to control the spread of the coronavirus, cities with poor air quality have been reporting cleaner air and lower pollution—an expected outcome of the nationwide closure. With fewer vehicles on the road, reduction in consumption of petroleum products and reduction in power demand from the commercial and industrial sector, around 78% cities where air quality is recorded have reported “good and satisfactory” levels during the lockdown period, compared to 44% cities with these levels of air quality in the pre-lockdown phase.

On April 21, the National Aeronautics and Space Administration (NASA) also released an image, according to which its satellite sensors observed aerosol levels at a 20-year low for this time of year in northern India after just a week of reduced human activities. According to a data tracker developed by the Energy Policy Institute at the University of Chicago, India’s electricity consumption has fallen by 18.72%  (till April 3) due to the lockdown. Similarly, as per the data compiled by the Centre for Research on Energy and Clean Air (CREA), an independent research organisation working on clean air and clean energy, there has been a clear reduction of consumption of petroleum products and coal by industries in regions within and around cities.

Sunil Dahiya, an analyst with CREA and one of the authors of the report, said that this “decrease in coal-based power generation” and “stopping of overall industrial production throughout India” are responsible for “reduction in emission load of pollutants translating into air quality improvements across the country making blue skies visible.”

On March 24, prime minister Narendra Modi had announced a three-week nationwide lockdown starting from March 25 which, on April 14, was extended till May 3.

As a result of the reduction in consumption and generation, the report prepared by Lauri Myllyvirta and Dahiya of CREA showed that “drastic and clear reductions in pollution levels, which are a result of decreasing fossil fuel consumption in transportation, industries and energy sector.”

“Most of this reduction came after the lockdown resulting in a drastic drop in NO2 (nitrogen dioxide)/pollution emissions/levels in urban areas,” said Dahiya.

On April 21, India’s top pollution watchdog, the Central Pollution Control Board (CPCB), also released an analysis on the impact of Covid-19 lockdown (March 25-April 15) on air quality in the country.

NASA too released an image on April 21 that showed aerosol levels at a 20-year low for this time of year in northern India—an area which is among the most highly polluted regions of the world. Aerosols are tiny solid and liquid particles that are harmful to human health. Their source is both natural (like dust storms and forest fires) and man-made (like the burning of fossil fuels).

In the northern Indian region showed in the NASA map, human activities like motor vehicles, coal-based power plants etc are the primary reason behind the majority of aerosols but the 2020 lockdown has shown a clear reduction in such sources. However, the aerosol concentration is expected to go up in the upcoming weeks when the season of dust storms in the region begins. Human activities may contribute to it as well once the lockdown is lifted.

According to CPCB’s analysis, the nationwide lockdown has resulted in significant improvement in air quality in the country. It explained that the major sectors contributing to air pollution are transport, industries, power plants, construction activities, road dust, and residential activities etc.

“Under the nationwide lockdown, all transport services—road, air and rail—were suspended with exceptions for essential services. Educational institutions, industrial establishments and hospitality services were also suspended. As a result, air quality improvement has been noted in many towns and cities across the nation,” said the CPCB analysis.

According to the CPCB’s report, it was observed that about 78% of cities in the AQI bulletin are falling in “good and satisfactory categories in the lockdown phase, increasing from the average of 44% seen in the pre-lockdown phase.” CPCB prepares an AQI bulletin on a daily basis for more than 100 cities across India.

The pollution watchdog explained that “it may be reasonable to state that more cities have their air quality within national standards during the lockdown period.” 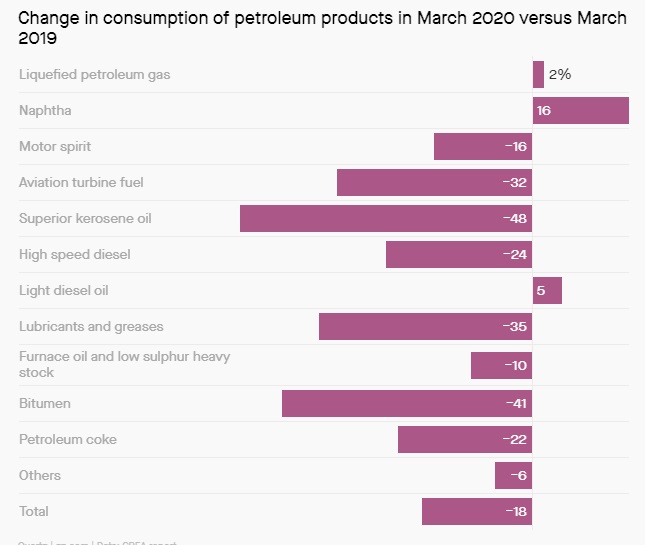 In the Delhi-National Capital Region (which includes major neighbouring towns like Faridabad, Gurugram, Noida, and Ghaziabad), infamous for recording very poor and severe levels of air quality for the most part of the year, the data from the continuous ambient air quality monitoring stations show that there has been “substantial improvement in the air quality of Delhi-NCR during the lockdown period, as the major contributing sources to particulate matter (PM) and NO2 emissions (prominent pollutants in Delhi NCR) have been restricted.” The CPCB report said that the air quality index Delhi-NCR was largely under “moderate” category in the week before the start of lockdown period and as the days progressed, under the cumulative effect of restricted vehicle movement, industrial and commercial activities, the AQI improved to “satisfactory” category.

It explained that during the first few days of the lockdown the air quality was even recorded in the “good” category in Delhi, Ghaziabad and Noida due to factors like scattered rains but after April 4 due to meteorological factors the air quality shifted to “moderate” category. ‘Further, a dust storm from the gulf region hit Delhi and the surrounding areas on April 15, further pushing the air quality to the higher end of the moderate category.”

However, experts are worried that once the lockdown is lifted and industries resume operations, the sudden spike in pollution could make the situation worse.

T K Joshi, who is a member of the CPCB, SAID that an increase in air pollution once the lockdown is lifted is an important concern.

“The lockdown has ensured less use of fossil fuels which are the primary reason behind global warming. Also, staying at home has helped in containing the exposure of people to this new disease which is still not being understood. Initial reports have highlighted that the majority of deaths (of those infected from Covid-19) occurred due to respiratory issues. So, if one has damaged lungs due to heavy exposure to air pollution, smoking or diseases like Asthma their vulnerability increases. The reduction in air pollution has also resulted in reducing the overall impact of this disease,” Joshi said.

He also cautioned that he doesn’t see life returning to the pre-lockdown period anytime soon until a permanent solution or a vaccine is found. Joshi informed that ministries of environment and health of the central government are also expected to meet soon to decide the future course of action on the health and environment front.

“People need to understand how a clean environment is related to the overall wellbeing of the people. The way forward for the authorities depends on the progress of measures that have been put in place by the government,” said Joshi.