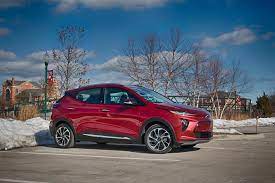 There are certain caveats in the way XL Fleet has made its announcement this week, but if everything works out in the most promising way, this is exactly the kind of low-key work that will truly make a difference in wide-scale electric vehicle adoption.

The news is that XL Fleet has become the “Electric Transportation Partner” of UBS Arena and the New York Islanders, which carries with it the potential to install 1,000 electric vehicle charging stations at the new UBS Arena, where the Islanders will start playing later in 2021. If all of those stations are installed, that would mean 1,000 EV drivers could get a charge while they’re watching the game, but that’s not all.

XL Fleet says that companies with nearby electric vehicle fleets could use the location when there’s no game or other event going on.

That’s an impressive way to get steady use out of all of those EV stations and XL Fleet said this location, if it happens, would become “one of the largest EV charging sites in the United States.” It also introduces a new model for places like arenas and stadiums that would take advantage of the land they occupy, which is usually close to a large number of people. UBS Arena, for example, is close to both LaGuardia and JFK Airports.

The UBS Arena deal is a big one for XL Fleet’s new XL Grid division, which launched in December 2020. The new partnership will have XL Fleet not only deploy and manage the electric charing infrastructure, but also potentially install solar power generation and energy storage batteries at the arena.

“Lack of access to charging infrastructure is one of the top obstacles to electrifying more vehicles, and we are proud to partner with UBS Arena and the Islanders to solve that problem more quickly in the New York metropolitan area,” said Colleen Calhoun, vice president and general manager of XL Fleet’s XL Grid division, in a statement. “Through this partnership, we can help optimize access to charging infrastructure and scale that capacity as the need grows.”

There’s a hitch, though. The announcement says that by becoming the “Electric Transportation Partner,” XL Fleet now has the “opportunity to explore” the 1,000-station deployment at the area. That doesn’t sound like a done deal by any stretch, but if it does happen, it would work to advance personal EV adoption as well as encourage more commercial electric vehicle use, which not coincidentally also helps XL Fleet.