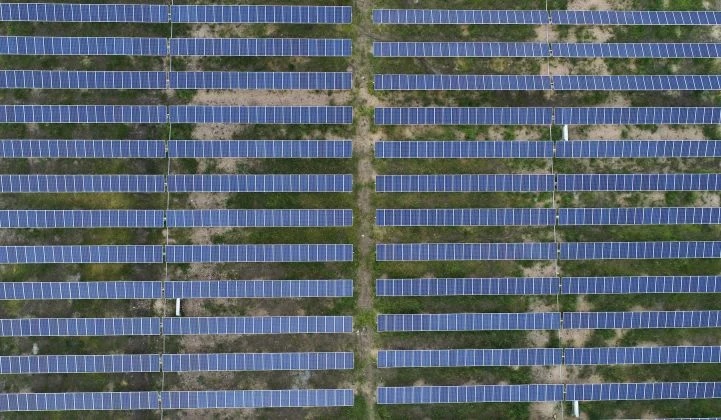 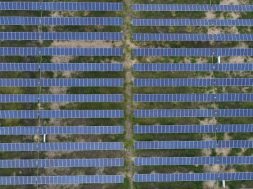 Solar manufacturing has strategic importance in Europe. Here are five companies hoping to scale up and take advantage.

Solar’s global shift from fringe to mainstream is a story Made in China.

The likes of Jinko Solar, Trina Solar and Longi have dominated. They scaled first and fast — with more than a little help from the authorities — to capitalize on PV technology’s development into a 100 gigawatt-plus annual market.

Solar is establishing itself as the cheapest form of power across much of Europe, giving it a pivotal role in the continent’s drive toward net-zero. Now, there is growing momentum for the modules to be made in Europe. As plans for an economic recovery post-COVID-19 gather pace, the appeal of green jobs is expanding and the solar industry takes on strategic importance.

A host of European solar manufacturers are looking to step up to the plate and deliver the next generation of PV technology. They, too, hope to benefit from policy frameworks created to prop up net-zero ambitions.

The trade body SolarPower Europe has established a solar manufacturing accelerator with companies across the solar value chain. Here we focus on companies looking to deliver cells and modules only.

Meyer Burger has an the inside track on China’s solar manufacturing push, providing much of the equipment going into China’s PV factories over the past decade of growth. Such manufacturing tools make many of the new cell and module innovations possible.

Over time, however, the Swiss firm saw its pricing collapse even as its ideas proliferated. It decided to stop selling manufacturing equipment and use its own tech to make modules of its own.

Having recently raised fresh funds and acquired former facilities used by Germany’s SolarWorld, Meyer Burger is now readying production lines for 400 MW of cells and modules in the first half of next year. It hopes to scale up to 5 GW by 2026.

As well as banking on technological advantages, Meyer Burger CEO Gunter Erfurt, says a lower embedded carbon footprint will be another draw as the industry continues to mature. Erfurt is advocating for policies to back low-carbon, high-tech solar procurement in Europe.

A consortium led by Switzerland’s EcoSolifer opened a 100 MW heterojunction factory in Hungary this summer, using Meyer Burger technology. The plan is to quickly dial the factory up to 350 MW of capacity before scaling to 2 GW over the next few years.

EcoSolifer plans to use a range of European innovations, including silicon wafers from NexWafe, once the company’s production is up and running. NexWafe, a German research spin-off, makes the super-thin pieces of silicon required for solar cells without the dominant method of sawing, which is wasteful and more expensive. It is likely to also provide wafers to Meyer Burger.

3Sun is the only contender on the list owned by a major player in the energy sector, Italian utility giant Enel. In 2019, the firm switched on a 200 MW production line producing heterojunction and plans are afoot to grow the facility in Sicily to 3.3 GW by 2023-24.

The utility invested €80 million ($94.4 million) into that first stage of manufacturing. Having funded 3Sun since it took sole ownership in 2014, Enel will doubtless be keen to start seeing the firm registering some revenue.

Enel Green Power owns one of the world’s largest fleet of renewable energy assets, with more than 40 GW on its books. Enel is aiming to expand its solar capacity from 2.8 GW in 2019 to 8.8 GW in 2022.

The ‘5 GW + Green Fab’ project is a collaboration between PV technology specialist RCT Solutions and a host of research institutes and industry groups including Germany’s Fraunhofer ISE and VDMA. The consortium is in negotiations for €500 million ($590 million) of financing with investors, and hopes to be able to rapidly develop a manufacturing facility with 5 GW of capacity by 2023.

RCT has some recent experience in ramping big solar factories. It was the key partner in the development of an integrated gigafactory in Turkey, operated by Kalyon Solar. After tendering for construction in March 2017, the first 500 MW of capacity was officially opened this summer.

Oxford PV’s proposition is a bit different to the others but it could provide a real differentiator for its customers. The company has developed a transparent perovskite solar cell, which manufacturers can stack on top of a regular cell and reap the benefit of additional power generation. A commercial production line is being established in Germany with hopes of having the 125 MW set-up online by mid-2021. Strategic investors include Meyer Burger, Norwegian oil major Equinor and Chinese wind turbine manufacturer Goldwind.

Frank P. Averdung, CEO, Oxford PV, told GTM that as Chinese firms see the potential of their technology peak at 25.5 percent, they’ll be left to compete on cost alone. The theory bears out: Jinko Solar has nearly doubled its manufacturing capacity in the space of a year as they look to maximize existing tech and prepare for that battle on cost.

“That’s when we come to the rescue,” said Averdung.

Oxford PV’s cells will lead to more megawatt-hours being generated but they won’t add to the number of MW of total solar capacity, given that they are paired with a regular solar cell.