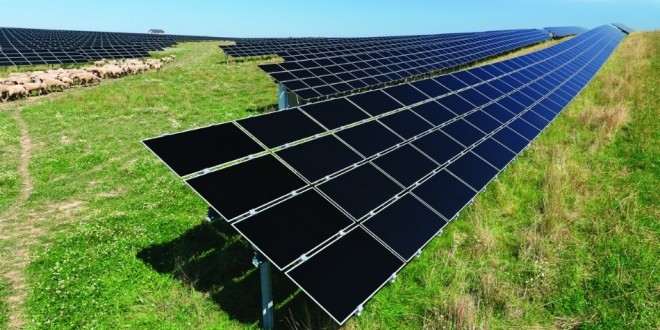 90 million square metres of space usable for photovoltaics in Germany 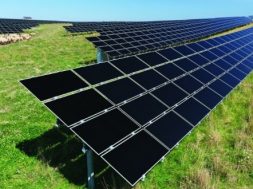 90 million square metres of space usable for photovoltaics in Germany

Calculations by E.ON have shown that a surface of 90 million square metres on the roofs of supermarkets, logistics halls, furniture retailers and DIY stores could be used for photovoltaic (PV) systems in Germany. What amounts to the equivalent of 10,000 football pitches could be used for systems with an installed capacity of 6,750 megawatts (MW), which calculations show could replace eight coal-fired power stations.

The prerequisite for this is equal treatment of rooftop and ground-mounted systems, which is not provided for in the amendment of the Renewable Energy Sources Act (EEG) currently under discussion. For rooftop PV systems of between 500 and 750 kilowatts (kW), for example, a specific tendering segment is to be created, which would impose more stringent regulations than those applicable to ground-mounted systems. If these unequal conditions remain, then more PV systems will come under the obligation to feed all of their electricity into the grid, making it more difficult for many medium-sized companies to pursue a sustainable corporate strategy.

Karsten Wildberger, E.ON’s COO – Commercial responsible for customer solutions: “Trade and industry can make a significant contribution to the energy transition with their own climate strategies. However, the conversion and operation of energy infrastructure must not be a burden on companies, but must be economically viable. The technologies are available. What is now needed is the right legal framework.”

According to the current draft of the amendment, a medium-sized company wishing to implement its own individual climate strategy with on-site PV installations must feed the power generated into the grid if the PV system is designed to produce more than 500 kW. This means it wouldn’t be able to use the power for its own production processes, and on top of this the company would have to take time out from its core business to participate in a highly bureaucratic bidding process.

The contribution that green power produced on site can make to businesses and climate protection has been demonstrated by E.ON and retail chain real. As part of a pilot project in Krefeld, the partners are using a smart home solution and testing an intelligent building management system that reduces energy consumption by as much as 35 percent. This takes into account additional parameters such as outside temperature, system performance and changes to the indoor temperature, which varies throughout the day. The latest technology has already allowed the real store to reduce its carbon emissions by 51 percent and also cut operating costs significantly by lowering its energy consumption.

In the current debate about the amendment of the EEG, however, there is no legal certainty for this business model. Differing legal interpretations of who can be considered the operator of a power generation system threaten the investment security of many existing and future operator models.

Photovoltaic systems on roofs bring renewable energy to cities and make best possible use of existing surfaces for the achievement of climate protection targets. Commercial spaces in particular offer tremendous untapped potential here, which E.ON believes merits promoting on a more secure legal foundation in the new version of the EEG.