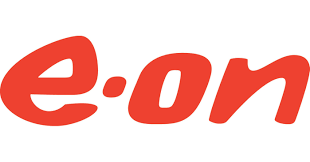 E.ON is the first energy supplier in Germany to have installed 20,000 intelligent metering systems (so-called “smart meters”). The device marking this important milestone was installed on December 2, 2020 at Wasserverband Weddel-Lehre (WWL) in the grid area of E.ON subsidiary Avacon.

Dennis Tost, head of WWL plant operations, on the installation of the new smart meter: “Since we are an innovative service provider ourselves and offer our customers digital water meter measuring systems, we are pleased to install the new technology on our plants. This step will further optimize our work processes.”

With the new smart meters, customers have access to a precise, graphically depicted breakdown of their power consumption and cost controls and thus avoid the sometimes bothersome task of reading meters. In future, smart meters will also be used to record feed-in from solar panels or other systems and to make this information available to market partners such as suppliers, network operators and direct sellers in real time. On top of this, if required, an E.ON smart meter can recognize how much energy is used by which groups of devices and can thus identify savings potential. Plans are also underway to offer new and flexible power tariffs. Overall, therefore, smart meters are a central component of the energy transition in Germany and are essential for achieving the climate protection goals.

Blanket installation of smart meters is also another important step towards digitization of power networks. It will only be possible to achieve climate protection goals if our energy system is entirely reconfigured and redesigned, and this can only be done through consistent digitization of our networks, early and sufficient network expansion, and further innovations. To this end, E.ON is investing €6.6 billion in its German distribution networks alone over the next three years.

The intelligent metering system will gradually replace the analogue, so-called ‘Ferraris meters’. At the start of 2020 Germany’s Federal Office for Information Security (BSI) declared the market for customers consuming less than 100,000 kilowatt hours (kWh) open, and thus set the ball rolling for wide-scale installation of smart meters in this segment. Over the next ten years, E.ON plans to install around 2.5 million smart meters in Germany.

Malte Sunderkötter, Managing Director of E.ON’s subsidiary e.kundenservice Netz had this to say: “We are driving the installation of smart metering systems forward so forcefully because digitization and intelligent control of the power grids is a fundamental pillar of the energy world of tomorrow. Here at E.ON, we are convinced that the intelligent metering system will play a key role in the energy transition. It is not enough to develop wind power, sell electric vehicles or equip roofs with solar panels. We must be able to measure and control the network locally in virtually real time so that we can make best possible use of ecologically generated power”.

Here, data protection is E.ON’s highest priority: The gateway used in the smart meters, which has been certified as part of the BSI tendering process, facilitates secure data communication that is unique within Germany.

Germany lags behind in a European comparison

From an international perspective, however, Germany has some catching up to do: in Sweden, where E.ON organized the first wave of roll-outs between 2004 and 2009, one million smart meters have already been installed, with 1,000 – 1,200 devices being added every day until the end of 2024. In the UK, meanwhile, E.ON has already carried out 2.5 million smart meter installations. The German smart meter roll-out plan states that every meter must have an intelligent or at least a digital interface by 2032.