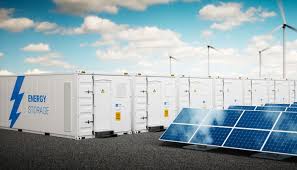 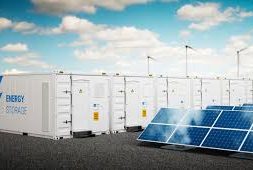 Under the current planning regime, storage projects larger than 50MW in England (350MW in Wales) fall within the nationally significant infrastructure project (NSIP) regime. Consent for projects above these MW thresholds require a Development Consent Order (DCO), which can take up to two years to obtain (including statutory pre application consultation) and incur a significant cost outlay. Projects below the MW thresholds can obtain planning permission at local authority level under the standard, and more straightforward, Town and Country Planning Act 1990 (TCPA).

The UK government has concluded that the current regime acts as a barrier to large scale battery storage project development. Projects are being developed at just under the 50MW threshold in England, often in clusters of multiple sites each at 49.9MW. The legislation underpinning the NSIP regime is not technology specific, and the reality is that most battery storage projects have a smaller planning impact than other technologies caught within scope, such as onshore wind.

The draft order is part of a package of reforms that, once passed, will remove electricity storage sites of 50MW or more from the NSIP regime, such that they will fall under the TCPA regime. This applies to new projects (onshore, offshore, whether part of a composite project or freestanding generation) as well as extensions to smaller projects that already have TCPA consent. The exception is for pumped hydro storage, with projects for this sub-class of technology above the current MW thresholds remaining within the NSIP regime, due to the additional complexity and site footprint associated with them.

The Secretary of State will retain the right to direct on application a particular project be treated as a NSIP and be subject to the DCO regime, regardless of its size.

This should be a welcome result for developers and project sponsors. The UK needs investment in increasingly large battery storage as part of its flexible energy system, given the context of increased investment in intermittent renewable technologies, particularly offshore wind. Alongside demand side response and interconnection technology, storage can help change patterns of both energy generation and use, reducing emissions as the UK moves to its net-zero by 2050 target.

At WBD we have over 20 years of experience in renewable energy and related technologies, having been involved in more than 250 project developments covering offshore and onshore wind, solar, energy from waste, battery storage, electric vehicle and district heating projects. We are involved in the full lifecycle from greenfield project developments, O&M, to secondary markets M&A, refinancing and end of life decommissioning.