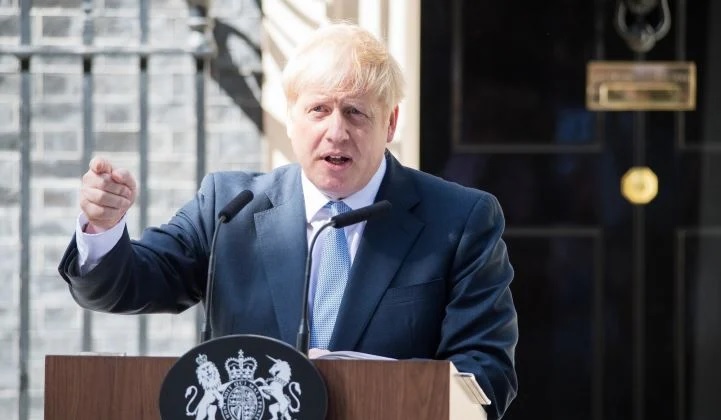 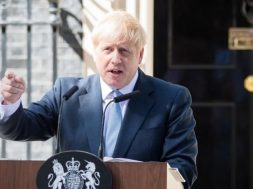 U.K. Prime Minister Boris Johnson has offered a huge boost to the country’s offshore wind sector as it looks to double-down on its status as the world’s leading market.

The nation’s next round of contracts for difference (CFD) revenue-stabilizing auctions, scheduled for autumn 2021, will aim to support twice as much renewables capacity as the 2019 round did. The 2019 CFD auction offered long-term contracts at set prices to projects totaling 5.8 gigawatts, including 5.5 GW of offshore wind.

The U.K. also revealed a 1 GW floating wind target for 2030, as it looks to seize a leadership position on the technology and take advantage of the marine engineering expertise developed by the North Sea oil industry. Johnson also recommitted to the country’s revised offshore wind deployment target of 40 GW by 2030, up from the 10 GW it has currently.

“As Saudi Arabia is to oil, the U.K. is to wind. A place of almost limitless resource but without the carbon emissions,” Johnson said in a speech at his party’s conference.

“Our seas hold immense potential to power our homes and communities with low-cost green energy, and we are already leading the way in harnessing its strengths,” Johnson said, adding that every home in the country will be powered by offshore wind by 2030.

“Now, as we build back better, we must build back greener. So we are committing to new ambitious targets and investment into wind power to accelerate our progress toward net-zero emissions by 2050,” he added.

The government will make a £160 million ($207 million) fund available to upgrade ports and other facilities as the country looks to encourage further supply-chain development. MHI Vestas makes blades in the south of England. Siemens Gamesa has a blade facility in Hull on the North Sea coast.

“We’re delighted that the leaps that the industry has made in…the speed of deployment, the reduction in price and the ability to create jobs in many locations throughout the U.K. have been recognized by the prime minister,” Clark MacFarlane, Siemens Gamesa’s U.K. managing director, said in a statement to GTM.

“If this money encourages the supply chain, increasing U.K. content to the intended 60 percent and a pipeline of viable projects, that would give the industry the best opportunity to deliver 40 GW and net-zero,” MacFarlane said.

Offshore planning decisions still moving too slowly
Projects that won contracts for difference in the 2019 auction must be complete by either 2024 or 2025. With five-year lead times and tenders only held every two years, the majority of the U.K.’s 2030 offshore wind capacity will have to be awarded in the next few rounds.

While up to 50 GW of potential capacity has been awarded a seabed lease, the CFDs to date have backed just 9.8 GW of projects. East Anglia One became the first CFD offshore wind project to be completed in spring 2020.

Staying on target for the 40 GW goal for 2030 will require speeding up the planning and approvals process, said Vattenfall’s U.K. country manager Danielle Lane.

Expanding the CFD program will provide “the certainty which investors badly need before they can commit to building green energy projects,” Lane said in a statement. “But for the rhetoric to become reality, it’s important that the government doesn’t overlook some significant hurdles. Planning decisions still take far too long, meaning renewable energy projects can be left in limbo for years before they know whether they will be approved,” she said.

“We also need to see a clear strategy in the forthcoming Energy White Paper that goes beyond just thinking about how to make electricity generation greener and sets out how low-carbon power — including technologies such as onshore wind and solar — will be used to decarbonize industry and transport.”

Power plants larger than 50 MW have to navigate the national planning process. Ørsted’s Hornsea 3 project has been in the system since October 2016, with a decision expected in December this year.

The forthcoming white paper will begin the process of rewriting the country’s energy legislation in an overhaul that will underpin much of the effort toward the nation’s 2050 net-zero target.