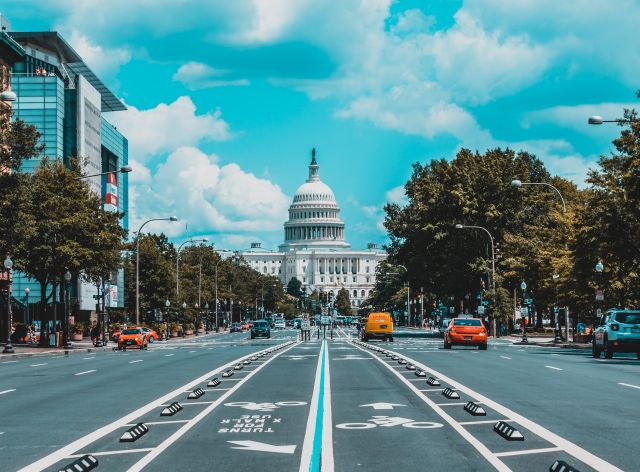 Meeting the Climate Challenge Through a New Climate Federalism 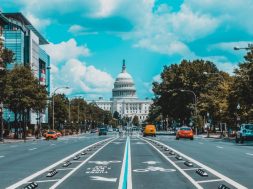 Meeting the Climate Challenge Through a New Climate Federalism

In recent years, U.S. state and local governments continued stepping up to demonstrate strong leadership in addressing the climate challenge, even when facing headwinds from the federal level. They continue to make progress, all while leading responses to the COVID-19 pandemic and combatting extreme weather events. Still, the possibility of eventual federal reengagement on climate solutions puts in question the future roles of state and local governments in carrying out such policies.

To take a closer look at which strengths these levels of government can leverage, WRI convened a group of thought leaders1 among current and former U.S. federal, state and local government officials for a recurring dialogue. Selected participants have experience at various governmental levels in conducting energy, environmental or transportation policy. Together, they laid out a vision for what climate action could look like at all levels of government, as described in the new working paper, New Climate Federalism: Defining Federal, State, and Local Roles in a U.S. Policy Framework to Achieve Decarbonization.

What Role Can Local, State and Federal Government Play in U.S. Climate Action?

Action at every level of government is crucial to effectively address climate change. However, each level has distinct roles and capabilities that, when combined, can lead to the best outcomes. Here’s how dialogue participants envision these roles at play:

Areas For a Strong Federal Role

Dialogue participants generally agreed that federal leadership is essential to addressing the climate crisis, and that a strong federal role is appropriate in a range of circumstances. This is generally the case when:

Areas For a Strong State and Local Role

Participants noted that there are areas where strong state and local roles are essential, as they are better able to take local and regional conditions into account when designing and implementing policies. The size of the United States — as well as the variations in local economies, climate, topography, demographics, land use and expected climate impacts — can make the ability to address local concerns without federal interference vitally important. In general, a strong state or local role is appropriate when:

Historically, this is how most energy, environmental and transportation policies are implemented. For instance, the adoption of electric vehicles (EVs) has been supported by federal tax credits as well as various state and local incentives and tax or fee exemptions. Moving forward, any future federal program to support the deployment of zero-emission vehicles (ZEVs) will depend on state and local support to roll out charging infrastructure. As a result, this framework encompasses many of the major federal policies areas under debate, including clean energy standards, carbon pricing programs and zero-emission vehicle standards.

This collaborative, multi-level government framework, commonly referred to as “federalism,” is not a new concept: it is in the DNA of U.S. democracy. Nearly every domestic challenge faced by the United States involved at least some discussion around defining the best roles for each level of government. Decision-makers chose a strong federal role for some issues, while subnational governments took the lead for others. Some issues called for a broadly shared approach that combined the strengths of each government level. The repeated success of this framework speaks to its value. As the nation turns to address what is arguably one of its greatest environmental challenges yet, success depends on embracing this model once again.

Principles For a New Climate Federalism

The success of a new climate federalism depends on appropriate action at the local, state and federal government, regardless of which branch leads. The following principles should guide U.S. action on climate change: