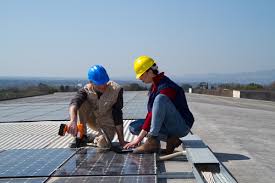 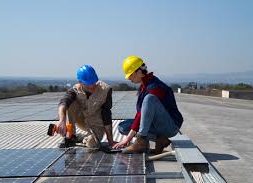 WASHINGTON, D.C.: Nearly 600,000 U.S. clean energy workers have lost their jobs since the beginning of the COVID-19 pandemic after 447,208 new workers filed unemployment claims in April— tripling the claims filed in March. That’s according to a new analysis of unemployment data released today by E2 (Environmental Entrepreneurs), the American Council on Renewable Energy (ACORE), E4TheFuture, and BW Research Partnership.

The analysis of Department of Labor data found that 594,347 workers in clean energy occupations, representing 17.8% of the industry’s workforce, filed for unemployment benefits in April and March. The number of jobs lost is more than double the number of clean energy jobs created since 2017. Before March, clean energy had been one of the U.S. economy’s biggest and fastest-growing employment sectors, growing 10.4% since 2015 to 3.4 million jobs at the end of 2019. That made clean energy by far the biggest employer of workers in all energy occupations, employing nearly three times as many people as the fossil fuel industry.

In the coming months, the analysis projects that job losses will continue to rise unless Congress and the Trump administration take quick and substantive action to support the clean energy industry and its workers. If nothing is done, the report forecasts that 850,000 clean energy workers will have filed for unemployment by June 30.

A loss of that magnitude would mean that one out of every four clean energy workers employed at the start of 2020 will have lost their jobs in just six months.

“It’s a lot worse that we thought. Americans in every state – red, blue, purple – are losing clean energy jobs across a wide swath of occupations – electricians, technicians, installers and factory workers. Congress needs to include clean energy in any future economic stimulus package to help stem this massive loss of jobs today and set the foundation for a stronger, cleaner and more resilient economy tomorrow.”

“Unprecedented economic impacts of COVID-19 are beyond daunting, for the whole clean energy industry — though the industry is nevertheless setting its sights on recovery and adapting to seek possible solutions.”

“Renewable energy job losses in the month of April were unfortunately even worse than we feared. The COVID-19 pandemic is delivering an unprecedented blow to renewable industry workers, whose job losses more than tripled over the past month. Congress can help get these Americans back to work, and help get our economy back on track, with commonsense relief for time-sensitive tax credit deadlines and temporary refundability for renewable tax credits that are increasingly difficult to monetize.”

“The economic data from April shows that the job losses from the COVID-19 pandemic are worse than expected. Unemployment claims increased dramatically across many key segments of the clean energy sector, such as construction and manufacturing. And the data does not suggest that we have yet to hit the bottom.”

Both the clean grid and storage sector and the clean vehicles sector lost 14% of their workforces in April, losing 54,700 jobs combined. In total, those sectors have lost 26,200 and 46,500 jobs, respectively.

States and Localities Hit Across Country

California continues to be the hardest hit state in terms of total job losses, losing 77,900 jobs in April alone and more than 100,000 since the crisis began. Texas, Michigan, Florida, and Georgia also had a high total of clean energy unemployment filings in April, with each state experiencing more than 22,000 job losses. An additional 23 other states had at least 5,000 clean energy unemployment filings, according to the new analysis.