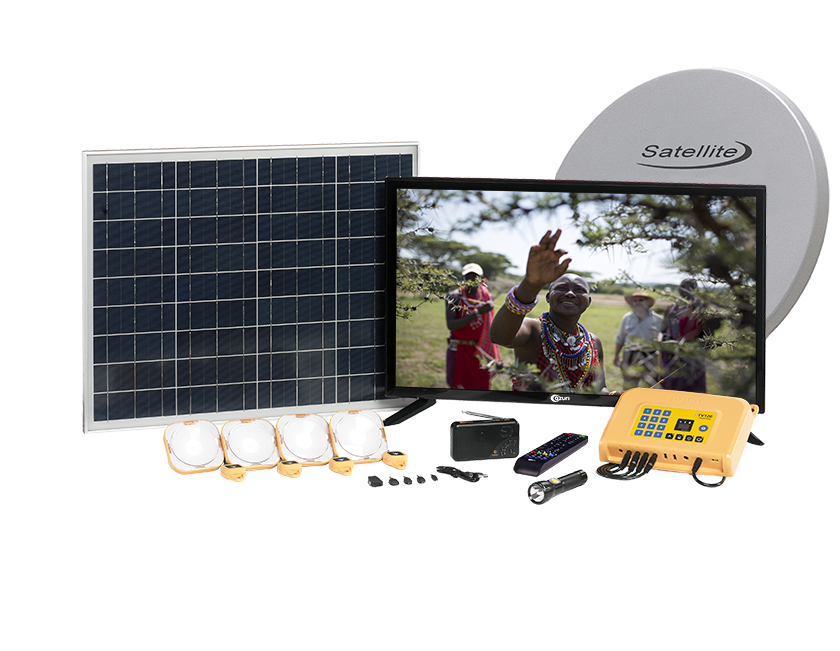 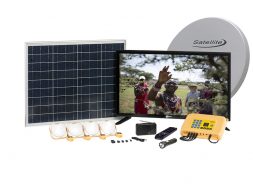 The 32-inch Azuri TV is the latest product release from the company which already has in its product portfolio a 24-inch solar satellite TV. Azuri was the first pay-as-you-go company back in 2016 to integrate solar TV with satellite entertainment in one affordable package for households without access to mains electricity.

To ensure durability and to meet the conditions of rural environments, the TV features Azuri ToughScreenTM technology, designed to resist accidental damage during normal use in the home.

The 32-inch AzuriTV will initially be launched in Kenya at only KSh129 per day. The company plans to launch the new TV in other markets across Sub-Saharan Africa later in the year.

“Azuri’s vision is one that sees a level playing field where all consumers have the ability to benefit from modern products and services, regardless of where they live,” said Simon Bransfield-Garth.

“Solar TV provides a range of important social benefits including access to news and information and unprecedented connectivity for people without access to power,” he added.

According to the Efficiency for Access Coalition, a coalition to accelerate global energy access through energy-efficient appliances, televisions are the second most desired off-grid appliance, with only solar lighting ranking more highly. (See Global LEAP video highlighting impact of solar television: https://youtu.be/iVm3A9IDfXc

In a survey of Azuri customers, 98% customers said they felt more aware of local and international news while 92% of customers said watching television programs in their preferred language had improved their communications skills. 60% of customers reported seeing their children improve reading, writing and speaking skills since installing an Azuri solar TV.

Educational entertainment, such as the popular farming programme Shamba Shape-up in Kenya and Tanzania can also help rural customers learn and adapt new practices on their farms to improve production and income. (AzuriTV was featured recently on Shamba Shape-Up: https://youtu.be/a-SvjXWXDnw)