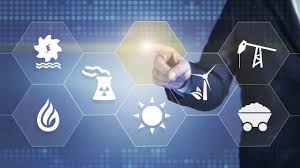 Black gold and green energy: How big oil is investing in the energy transition 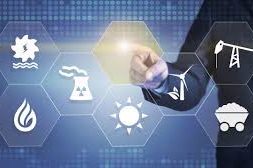 Black gold and green energy: How big oil is investing in the energy transition

As societies around the world make concerted moves to reconstruct and recover in the wake of COVID-19, the climate emergency remains front and centre for policymakers, business leaders, and investors. The impact of climate change on the environment has been dubbed the ‘ultimate negative externality’[1] for humanity: a harmful development which may adversely impact communities, households, and countries across the globe, regardless of their choice.

As central bankers embark upon incorporating climate and green issues into their stress tests — and also consider the ways in which sustainability might enhance productivity[2] — officials in countries such as France and South Korea have allocated significant parts of their national budgets to the ‘green recovery.’[3] In the corporate world, even when contending with COVID-induced negative sales, bankruptcies, and swift moves to preserve capital, some companies have rather remarkably stepped up their capital allocation to the energy transition. Notably, some of the world’s largest energy companies have significantly increased their planned investments in renewable energy, which is somewhat exceptional given the shocks of negative oil and plunging demand during the pandemic.

Indeed, it is important to point out that as green activism mounts, some of the world’s largest oil companies might actually serve as powerful catalysts of the energy transition.  These companies have evolved for a century – or in some cases, longer – in adapting to changing patterns of demand and geology. Given their historical track record of innovating ways in which to produce and distribute energy, some big oil companies and trading houses might actually surprise to the upside in their ability to pivot toward a greener future, spurring opportunities for growth, innovation, and returns in developing and advanced economies alike.

Changing patterns of demand: the shifts and the shocks

In considering the energy transition, it is important to take a grounded look into what energy is actually used for: that is, energy by end use.  On a global basis, energy is used to power buildings, industry, transportation, and the production of feedstocks for petrochemicals, such as plastics.

As global GDP continues a secular decline, and economies shift from producing goods to providing services, sectoral demand for energy within these advanced economies shifts from industry to transportation, as well as meeting electricity needs for urbanising populations (ref Fig. 1).

In considering the energy mix — that is, energy consumption by source — fossil fuels of oil, natural gas, and coal remain the dominant players on a global basis.  A slender definition of renewables (that is, wind and solar, excluding hydropower or biofuels) today makes up only 5% of global energy consumption, although the share of renewables within the energy mix is steadily growing (ref Fig 2).[4]

Given the mounting pressure and increasing regulations to reduce carbon emissions, why are carbon-emitting fuels still such a predominant part of the energy mix?  Part of the reason is that if we consider the use of energy by sector, transportation represents a significant portion of oil demand (See Fig 3). Currently, there is currently nothing comparable to a unit of oil in order to power transport. It is fungible, easy to store and easy to transport, and offers relatively high energy density (that is, more power per molecule).

Even despite the growth of electric vehicles (EVs), the use of compressed natural gas to power transport — and the flurry of regulations supporting these industries — passenger vehicles today constitute the lion’s share of oil demand, in OECD or advanced and non-OECD or emerging economies alike (ref Fig. 4).

Figure 4: Sectoral oil demand in the OECD and non-OECD countries in 2019

Looking beyond oil use for transport, and in considering power generation, demand for natural gas continues to expand at a steady pace. It is considered to be the ‘cleaner’ fuel as it emits less CO2 than coal or oil.[5] Natural gas  is also touted as the ‘bridge’ fuel to a greener future, as it is often used to power wind and solar energy and to support grid stability.  Indeed, both natural gas and biodiesel are often used to create ‘hybrid’ power with renewables. Thus, even in the new green light, some of the world’s largest economies and countries continue to invest in and secure long-term contracts for the provision of natural gas. In one forecast, demand for natural gas is estimated to expand by 60% by 2050.[6] Accordingly, even as some energy companies admirably step up their investments in renewable energy, natural gas is projected to provide around 85% of production for one leading company by 2050,[7] while another forecasts a doubling of LNG sales within the next decade.[8] This heavy weighting of natural gas within portfolios is also a driving force behind some of the corporate commitments to move toward ‘net zero’[9] carbon emissions by 2050.

It is also important to point out that for some countries — including some of the richest and the poorest economies — the cost of producing renewable energy, relative to using fossil fuels, has sometimes been seen as prohibitive.  Until recently, non-hydro renewables were seen as expensive: costly for governments, by tapping their fiscal coffers to support production through feed-in tariffs[10], or for customers, in instances in which the higher cost of production was passed on to end customers by utility companies.[11]  Within the last few years, the cost of producing both solar and wind energy has significantly plummeted, in part due to technological innovation, and also partly resulting from a glut in the market with regard to the production of solar panels.[12] Nevertheless, for some countries such as Japan, managing cost will likely be an integral part of the incremental energy transition.

As previously indicated, some of the world’s largest oil companies — including the ‘seven sisters’ — have a heritage of innovation in producing, storing, and distributing energy, often in reaction to abrupt swings in price. In a little known fact, one multinational company boasts a legacy of having developed the lithium iron battery in its labs in the 1970s.[13] (The lithium iron battery was then commercialised by a Japanese company, and then widely used to power laptops and mobile phones). Also in the 1970s, the same oil company developed a significant breakthrough in producing solar panels, offering solar energy as a part of the energy mix to its customers.  Such innovations were partly spurred by concerns around potential shortages of US oil supply, culminating in the industry shock of the OPEC oil embargo of 1973.[14]

In recent years, with the escalation of the climate emergency — and increasing activism of shareholders and institutional investors around the world — several of the world’s largest energy companies have pledged to become ‘net zero’ by 2050 (or sooner).[15]  In terms of taxonomy, it is important to point out that ‘net zero’ differs from ‘zero carbon’, insofar as net zero can be achieved by a variety of mechanisms, including carbon offsets and carbon capture. (‘Zero carbon’, on the other hand, implies just that: zero carbon).

Even despite the challenges wrought by COVID-19 to the global energy industry, several European companies in the production and the trading space have announced even more ambitious plans within recent months to invest in the energy transition. One trading house forecasts to make about 50% of their investments over the next five years in renewables.[16] Another has laid plans to co-invest into renewables in strategic partnership with a major infrastructure investor, and forecasts that renewables will become a ‘third pillar’ of their business.[17] One energy company has professed its vision to become one of the world’s top five renewable energy companies within the next decade,[18] and plans to increase its investments in renewable energy by 50% within the next decade.[19]  Another European energy company has embarked upon a significant internal restructuring to lead in the ‘energy evolution’, and in order to bolster its ‘decarbonisation strategy,’ it has increased its foothold in the US via acquiring solar assets on the ground, and potentially by adding onshore wind.[20]

In tallying up these commitments, some energy companies continue to come under scrutiny for aligning with 2c trajectory of the the Paris Climate Agreement — that is, to limit the rise of global temperatures this century to below two degrees celsius from pre-industrial levels — rather than the more aggressive 1.5 degrees celsius trajectory.[21]  Additionally, some are criticised for failing to address ‘Scope 3’ emissions, which are indirect emissions caused by entities within the value chain of a reporting company, both upstream and downstream activity.[22]  It is important to point out that despite such perlustration, the mere fact that some of the largest companies in oil and gas production have actually increased their investment plans into renewables — even amidst rounds of COVID-19 induced layoffs, furloughs and curtailments in overall capital expenditure plans[23] — evidences the gravity of the commitment to go greener.

Despite the green noise surrounding investments into wind and solar projects, some of the brightest opportunities for investing in the energy transition also emanate from different parts of the energy spectrum.  In light of the commitments to move toward ‘net zero’ targets, while still relying upon oil and gas as a part of the energy mix, the entire industry surrounding carbon capture is likely to skyrocket. One European energy company is pioneering technology in the CCUS space – that is, carbon capture, utilisation, and storage.[24]  Another has been awarded a project to build this out within the UK.[25]  Additionally, innovation in energy storage is likely to continue to blossom: one company is developing the largest energy storage facility in France, building upon its major acquisitions in battery storage.[26]  Another energy company has seeded venture capital investment into cold storage[27] — something that is likely to surge in demand as the world awaits dissemination of vaccines for COVID-19. Moreover, some oil and gas companies are repositioning themselves to become power providers, shifting into the utilities space.[28]

Green hydrogen also has the potential to become a thriving industry. Green hydrogen is made from biofuels such as ethanol. Brazil – as the world’s second largest ethanol producer – is in talks with Germany to collaborate on developing and exporting green hydrogen across the world.[29] This may, in turn, create greater infrastructure opportunities in a country which has already magnetized some of the world’s largest institutional investors in waves of privatisations.

In sum, the impressive commitments of some of the world’s largest oil companies to invest in the energy transition — thus cementing their own shift from oil to energy[30] — evidence the extent to which these companies can constructively advance the climate agenda. After all, many have a legacy of innovating in carbon-free energy and storage over the last half a century. It certainly requires a dose of humility both to envision and to follow through on such commitments, a quality which has not always gushed from the spigots in the industry.  For the companies which have embarked upon this greener path, their investments continue to catalyse the growth of entire green cottage industries, and innovation across the changing power spectrum — something that is expected to gain momentum with the new Biden Administration in the US, and the potential pursuit of changes in climate policy at a federal level.

Finally, it is worth pointing out that the UNIPCC estimates that up to 37% of global emissions come from the food system.[31] Granted, by providing energy to distributors in the food system (reflecting the ‘Scope 3’ emissions discussed above), energy companies also play a part here. But it is food for thought that amidst the cries of ‘stranded assets’ in the oil and gas industry, the ire of activists might eventually shift from Big Oil to Big Food, at a time in which the former will have staked significant territory in providing solutions to our common problems while contributing to power our economic engines around the world.

The views expressed above belong to the author(s).