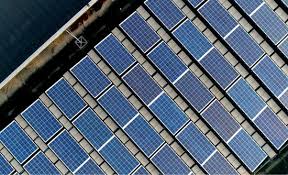 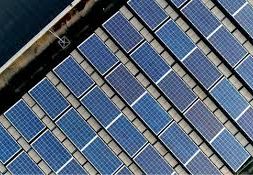 VIJAYAWADA: The central government should constitute a committee headed by the Union power secretary, along with the secretary to the ministry of new and renewable energy, the principal secretary finance and the secretary to the energy department of Andhra Pradesh government to find a “long-term” solution to the problem of paying the producers of renewable energy in the state, Balineni Srinivasa Reddy, the AP minister for energy, said in a letter to Union power minister RK Singh.

Reddy said that just as the state government was paying for the welfare policies it has announced for various segments of AP’s population, it would be “appropriate that the government of India pay for its wind/solar promotion policies”.

“You are aware that the discoms of the newly-bifurcated debt-ridden agrarian state of Andhra Pradesh are facing severe financial crisis due to the abnormal integration of variable renewable energy (VRE) into the grid causing more than Rs 5,000 crore burden per year. VRE integration cost borne by AP for every unit of VRE purchased is Rs. 3.55 per unit (adequacy cost—Rs 2.25 per unit) plus balancing cost Rs 1.05 per unit plus grid integration cost Rs 0.25 per unit. The government of AP is making all efforts to raise loans in order to pay the power generators,” Reddy’s letter read.

It claimed that AP was being “penalized for being the first state in the country with the highest share of renewable energy at 25 per cent. “State consumes about 15,000 million units (MU) of VRE every year out of 60,000 M of annual consumption. The integration cost annually at Rs 3.55 per unit is Rs 5,325 crore. While AP is paying more than Rs 4.84 per unit of VRE purchased, the late entrants pay only Rs 2.4 per unit of VRE,” the letter further read.

“AP is shouldering the responsibility of fulfilling the commitments of the government of India made in intended nationally determined contribution (INDC) under the UN framework for convention on climate change. GOI is promoting VRE generation in a big way. AP was the frontrunner and in the process purchased RE power at high cost,” the letter said.

“The people of the state of AP are reeling under enormous debt passed on to them at the time of bifurcation without any assets. Either referral of the AP discoms to NCLT for their inability to pay the high tariffs or increasing the already high consumer tariffs will be unjust actions,” Reddy said in the letter.