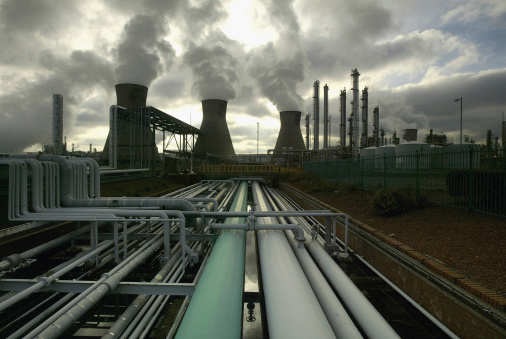 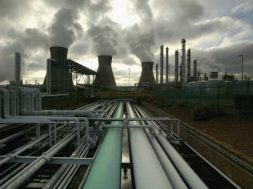 The amendments proposed in the Act are progressive, and aim to address some of the immediate concerns that plague the sector.

Electricity is a concurrent subject constitutionally, with a layer of complex political economy. The sector suffers from legacy issues which hinder operational efficiencies and business prudence. While significant improvements have been made to reduce aggregate technical and commercial (AT&C) losses of DISCOMS, the balance sheet of most DISCOMS continue to be in the red. Despite reform schemes and bailouts, the current power sector debt stands at a staggering Rs 4 lakh crore. In an effort to address some of the key issues plaguing the sector, the Ministry of Power (MoP) has proposed a series of measures to improve regulatory discipline and encourage private sector participation, especially in power distribution.

Above all, regulatory discipline is central to efficient functioning and accountability within the sector. Proposed amendments seek to strengthen Regulatory Commissions by empowering them to levy appropriate penalties in case of contravention of any order. Framework for time bound approval of electricity tariffs has been proposed, with a mandate to calculate tariffs without considering any subsidies. Subsidies, if any, shall be directly transferred to the consumers by the respective state governments. This is a bold step to address the issue of delay in release of subsidies by states, which results in increased carrying costs (interest accrued on operating capital debt) for distribution companies and creation of regulatory assets. Discipline in tariff determinations and handling of subsidies shall have a positive impact on cash flow of distribution companies, reducing carrying costs and indirectly benefiting consumers and power generators.

In an attempt to improve regulatory discipline, the Ministry of Power proposes to constitute a National Selection Committee to recommend members for Joint Commissions and State Commissions. The amendments proposed include representation by states on a rotation basis, with nominees of only 2 States being included at any time. State Commissions are constituted through enactment of state laws and electricity being a concurrent subject, this measure may be legally contentious as it impinges on the power of the states.

However, instead of trying to govern and regulate the sector, MoP’s objective function of improving sector performance shall be better served by resting more accountability with state institutions while ensuring their independence in functioning. Further, the role of central institutions need to shift towards research and development, along with support in capacity building. Increased control by the Centre is likely to create governance conflicts, increase risks and decrease accountability of allied state institutions.

Private sector participation across the power sector is extremely skewed. While the private sector accounts for 46.8% of installed generation capacity, its share in power transmission is considerably small which continues to grow steadily. However, electricity distribution is largely dominated by public utilities. The amendment introduces provision for distribution sub-licenses, waiving the need for distribution license and allowing easier access for private sector companies to enter this space. However, even with the proposed amendments, true competition shall continue to remain a far cry in power distribution. No framework has been suggested for separation of distribution infrastructure and supply of electricity, implying continued monopoly of public distribution companies. Award of open access shall also be
subject to approval of Regulatory Commissions, possibly safeguarding public utilities from competition.

Recent incidents of few State governments refusing to honour power purchase agreements (PPAs) have created an environment of uncertainty and increased risk for private sector players. The draft amendments to the Electricity Act propose a string of measures to address private sector concerns, improve investment sentiments and enforce better discipline among DISCOMS. Provisions to strengthen the Appellate Tribunal and formation of Electricity Contract Enforcement Authority are intended to ensure that sanctity of contracts is honoured by all, especially state governments. However, a central authority with singular presence in the national capital raises concerns of access and efficiency. While the same may be addressed subsequently via by-laws, a visionary note guiding the regulatory entities (national and state) to reach beyond their physical spaces and enable virtual access in every state and union territory shall strengthen stakeholder sentiment.

Promotion of renewable energy, especially solar and hydro power, has been a key agenda of the government. Various policy measures are directed toward increasing renewable generation and boosting local manufacturing for same. It’s no surprise that the proposed amendments seek to support the cause of renewables. The proposal for a National Renewable Policy and stricter compliance of Renewable Purchase Obligations (RPOs) are few key measures toward this end. Together with reforms to enforce sanctity of contracts, these measures are being well received by the renewable energy sector.

To drive growth of a sector, policy needs to recognise and address financial and non-financial barriers. Despite low prices, DISCOMs find it increasingly difficult to comply with RPO targets. Technical challenges such as maintaining grid stability, short-term forecasting, among others, are increasingly taking centre space in this debate. Thus, a National Renewable and Grid Integration Policy which seeks to improve planning, create an ancillary services market, build short and long-term forecasting capacity, and most importantly, drive coordinated investments across generation, transmission and distribution, shall provide a conducive platform for India’s renewables growth story. It shall also provide a more vibrant ecosystem for other technologies including hydro-power and energy storage.

Universal and 24×7 access to electricity has been a mandate of the government for over 14 years. While the proposed amendments to the Electricity Act seek to address private sector concerns and enforce regulatory discipline amongst State Commissions, there must be an attempt to protect rights of electricity consumers. The Electricity Act fails to define access to reliable and quality power as a consumer right. Further, costs incurred because of inefficiency of DISCOMs are consistently transferred to consumers, unfairly burdening common consumers and industry. Stricter measures are needed to ensure that rights and interests of electricity consumers are duly safeguarded.

Limited access to institutions for redressal of grievances continue to be a major concern. To begin with, the Act may consider reducing the fee for filing appeals at Electricity Appellate Authority by common consumers. Consumer guides may also be appointed at state and national levels to support those seeking redressal. There should also be a clear mandate on stricter standards of performance, lowering incidents of accidents, appropriate compensation to consumers and undertaking consumer awareness initiatives.

Section 126 and 135 of the Electricity Act (2003) deal with incidences of unauthorised use of electricity. Clarity on definition of unauthorised use and differentiation from electricity theft is an urgent concern since the latter section doesn’t have a provision for appeal and proposes stricter punitive actions. This often leads to harassment of consumers against whom charges are filed for unauthorised use of electricity. A recent Supreme Court ruling also allowed collection of arrears from consumers in cases that are more than 2 years old. The Act needs to revise current provisions to restrict DISCOMS from collection arrears which
are more than two year old, and protect consumers from harassment resulting from inefficiency and lack of prudence of DISCOMS.

The amendments proposed in the Act are progressive, and aim to address some of the immediate concerns that plague the sector. Electricity is essential to Indian industry’s competitiveness, well-being of its citizens and security of the country. Power sector is in need of aggressive reforms which promote accountability and efficiency. While competition in transmission and distribution is essential, for better governance and planning there is an imminent need to invest in building capacity of state institutions. Stricter performance metrics need to be set for both regulatory institutions and electric utilities. The act also needs to provide a vision to embrace new technologies to improve prudence in planning, transparency in business transactions, operational efficiency and service delivery to consumers. Lastly, increased participation of consumers within the electricity decision-making space can facilitate a new era of accountability and efficiency.

The social and political complexity of the electricity sector in our country depends significantly on regulatory discipline. Since such reforms are rarely undertaken, it serves as an opportunity for the Ministry of Power to undertake exhaustive consultations across industry, academia and civil society. Most importantly, state governments need to be engaged in the process, so as to build better legitimacy for the proposed amendments, and enable a path for more aggressive reforms relying on the spirit of cooperative federalism.

By Simran Grover and Anshuman Gothwal

[Both the authors are with Bask Research Foundation]

[Disclaimer: The views expressed are solely of the authors and ETEnergyworld.com does not necessarily subscribe to them. ETEnergyworld.com shall not be responsible for any damage caused to any person/organisation directly or indirectly.]