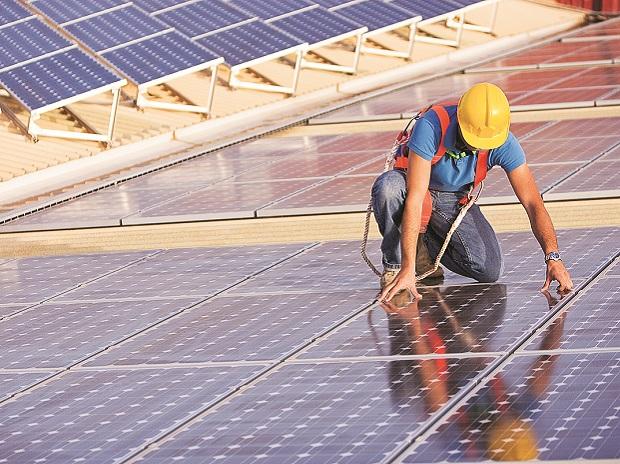 The support for schemes like KUSUM, roof-top and off-grid solar applications is expected to continue under the new government

The award of key projects by central nodal agencies and state distribution utilities in the calendar years (CY) 2017 and 2018 would spell 11-12 Gw (gigawatt) in fresh capacity additions for renewable energy (RE) sector in this financial year.

Buoyed by this anticipated capacity growth, the share of RE in pan-India generation is expected to rise to 10 per cent by FY20, ratings agency ICRA estimated.

“The share of RE-based generation in the overall generation mix at the all India level increased to 9.2 per cent in FY19 from 5.6 per cent in FY15. With the re-election of the NDA, the central government is expected to continue the policy focus on augmentation of RE based capacities, mainly wind and solar”, said Sabyasachi Majumdar, senior vice president and group head (corporate ratings), ICRA Ltd.

The re-election of the NDA government is a positive development for the RE sector for policy stability. The support for schemes like KUSUM, roof-top and off-grid solar applications is expected to continue under the new government, along with support for the growth of domestic manufacturing in the solar power segment.

The Ministry of New & Renewable Energy has formulated a scheme – ‘Kisan Urja Suraksha Evam Utthaan Mahabhiyan’ or KUSUM. The scheme provides for installation of grid-connected solar power plants, each of capacity up to 2 MW (megawatt), in the rural areas, installation of standalone off-grid solar water pumps to fulfil irrigation needs of farmers not connected to grid and solarisation of existing grid-connected agriculture pumps to make farmers independent of grid supply and also enable them to sell surplus solar power generated to discoms and get extra income.

“However, improvement in transmission infrastructure, especially in the inter-state network for supply of wind and solar power from high generation potential regions in the western and southern regions to other regions, will remain critical”, Majumdar noted in the ICRA report.

Renewable IPPs (Independent Power Producers), especially wind and solar energy plants, are beset by challenges in terms of a mixed trend with respect to a collection pattern from state distribution utilities, with deteriorating receivable position in a few states. The situation warrants a serious effort to improve the operating efficiencies and this, coupled with timely subsidy support and adequate tariff revisions by the state regulators, remains extremely critical for a sustained improvement in the financial performance, going forward.