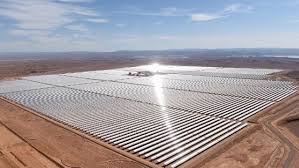 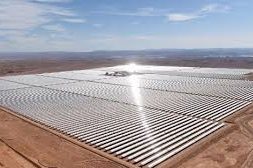 NEW DELHI: Executives from 20 top-line solar power gear makers and project developers have descended on Leh — popularly known as the ‘roof of the world’ — to check out the proposed sites for a 7,500 MW (mega watt) solar power project the Centre wants to build in Jammu & Kashmir’s Ladakh region at an investment of Rs 45,000 crore.

“Representation from such a large number of companies indicates viability and strong investor appetite for the ambitious project due to assured land, which is affecting projects elsewhere in the country,” a senior government official told TOI.

The group of 50-60 executives on Tuesday discussed in Leh the nuts and bolts of the project with officials from the Leh and Kargil administration as well as representatives of Solar Energy Corporation of India, the Central agency for setting up the project. They will visit the sites over the next few days.

The project is proposed to be set up at two locations: Hanle-Khaldo area in Nyoma block of Leh district will cradle 5,000 mw capacity, while Kargil district will get a 2,500 mw unit at Suru in Zanskar.

Power from the Leh project is to flow to Kaithal in Haryana, for which a new 900-km line will be laid mostly along the Leh-Manali road. The Kargil project will hook up with the grid at New Wanpoh near Srinagar through a new line built by state-run PowerGrid.

“The government is committed to this project. It is a game-changer. The locations being offered are the safest,” Praveen Kumar, additional secretary in the ministry, had told prospective investors at a pre-bid meeting in February.

Apart from nature’s challenges – from long and harsh winter limiting work window to bridges that may need to be strengthened for hauling heavy equipment – tariff is a matter of concern for investors who are seeking subsidy or viability gap funding.