Chinese exports of environmental goods and services surged ahead of Germany and the U.S., according to a report that shows how the climate change fight is shifting international trade.

China’s share of the global market for protection against climate change more than tripled over the 13 years leading to 2015, according to the report commissioned by the German government and published by the Federal Environment Office. Germany fell to second place and the U.S. finished third.

The report underscores how global warming is reshaping trade patterns. European executives have already flagged how they expect China’s new silk road to spur more deliveries of climate-friendly technologies like batteries and electric cars. The trade route known in Beijing as the Belt and Road Initiative has already exported some $8 billion of solar equipment, according to Bloomberg New Energy Research.

China commanded about 16 percent, equivalent to about $71 billion of exports in 2015, according to the German study, which used the most recent publicly-available trade data. Products ranged from wind turbines to water purifiers, LED bulbs and ancillary services. Exports from Germany and the U.S., pioneers of clean technology, stagnated at $59 billion and $52 billion euros respectively.

“Germany is still in a good position,” Federal Environment Office President Maria Krautzberger in an interview in Dessau, Germany. “Its companies were confronted with fulfilling high environmental business standards early on.”

What Comes of Paris Climate Accord Without U.S.: QuickTake Q&A
Scores of advisers from Germany and the European Union are working with officials in China to help transform hundreds of cities into oases of green power. Cleaning up China’s cities has become a test for whether President Xi Jinping’s government can hit pollution targets in the 2015 Paris agreement while spurring economic growth tied to its new silk road.

The German government can live with its share of the environmental export market, seeing China’s growing lead as a logical consequence of its bid to combat climate change at home, said Krautzberger.
“There’s a risk of slippage if all we do here in Europe is try to meet the minimum standards set by the European Union,” she said. Insufficient global data on environment exports has been compiled since the Paris Climate accord was agreed in December 2015, according to Germany.

Global Investments
EU states led by Germany, France and Italy drove environmental exports in the last decade as the continent pushed its clean power agenda. German exports of solar panels dried up this decade only to be cushioned in part by wind turbine sales abroad. Siemens AG claims that its environmental business in 2017 generates about half of all its revenue.

Domestic investment in climate protection benefits everyone, said Krautzberger. As much as $93 trillion is needed in Investment to support global climate goals over the next 15 years, according to the International Energy Agency and the Climate Bond initiative. 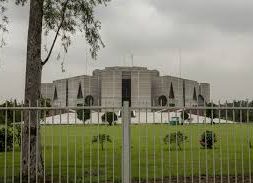 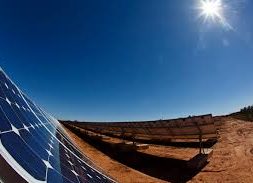