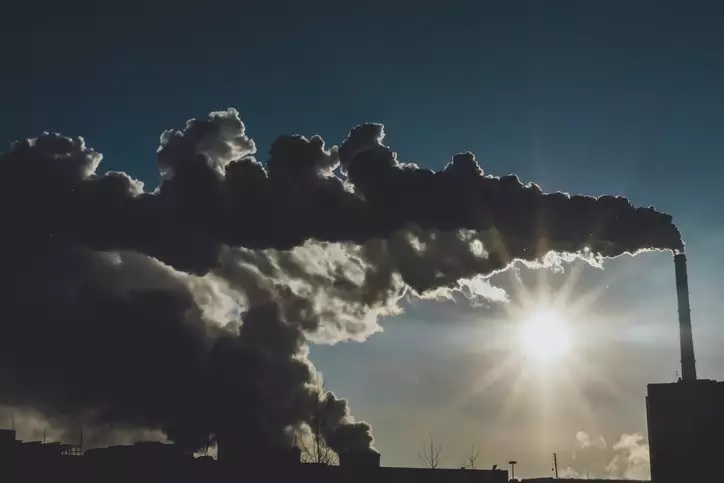 The Energy Transitions Commission (ETC) is a global coalition of leaders from across the energy landscape committed to achieving net-zero emissions by mid-century, in line with the Paris climate objective of limiting global warming to well below 2 degrees celsius

NEW DELHI: From lower emission targets the world must progress directly to zero greenhouse gas emissions by mid-century with no permanent reliance on negative emissions to balance continued energy and industrial emissions, a new report from the Energy Transmission Commission said on Wednesday.

According to the report titled “Making Mission Possible — Delivering A Net-Zero Economy”, the zero emission goal should mean actual zero levels to be achieved by 2050 and for this to happen all growth in electricity supply should now come from zero-carbon sources with no requirement to build any new coal-fired power capacity to support economic growth and rising living standards.

The Energy Transitions Commission (ETC) is a global coalition of leaders from across the energy landscape committed to achieving net-zero emissions by mid-century, in line with the Paris climate objective of limiting global warming to well below 2 degrees celsius.

It has in its fold leaders from global energy producers, energy-intensive industries, financial institutions and environmental advocates – including ArcelorMittal, Bank of America, BP, Development Research Centre of the State Council of China, EBRD, HSBC, Iberdrola, Arsted, Shell, Sinopec Capital, Tata Group, Volvo and the World Resources Institute among others.

The ETC report demonstrates that it is technically and economically possible to have a carbon-free economy by around mid-century at a total cost of less than 0.5 per cent of global GDP by taking three overarching steps. These include improving energy efficiency and thus

The third step suggested is expanding the use of clean energy across all sectors of the economy by electrifying many applications and deploying new technologies and processes using hydrogen, sustainable biomass or carbon capture in sectors that cannot be electrified.

With regard to India, the report says that the country has adequate renewable energy resources to support a zero-carbon power system delivering 6,000 TWh or more in 2050 at close to no cost to electricity consumers, living standards or economic growth, thanks to the increasing competitiveness of India’s solar and wind energy.

Detailed analysis by ETC India shows that wind and solar generation could increase to 32 per cent of India’s power generation by 2030 with total low/zero carbon increasing to 47 per cent of the total. Moreover, the total system cost, allowing for necessary storage and flexibility resources, will be no higher than if new coal capacity were installed instead.

The signatories to the ETC report argue that the Covid-19 pandemic has demonstrated the non-preparedness of the global economy to systemic risks and that the massive public spending now being dedicated to stimulating economic recovery constitutes a unique opportunity to invest in a more resilient economy.

ETC estimates that additional investments required to achieve those goals will be in the order of US$1 trillion to US$2 trillion per year, equivalent to 1 per cent to 1.5 per cent of global GDP. This represents only a small increase of global investments which currently amount to about a quarter of global GDP, and would contribute to global economic growth.

The report outlines three critical priorities for the 2020s and practical actions that nations and non-state parties can commit to in the run up to the COP26 United Nations Framework Convention on Climate Change in November 2021 to put mid-century objectives within reach.

First priority, the report says, is to speed up the deployment of proven zero-carbon solutions. Next is create the right policy and investment environment – by removing fossil fuel subsidies, increasing carbon prices. The third priority is to bring the next wave of zero-carbon technologies for harder-to-abate sectors to market – so they can be deployed in the 2030s and 2040s, by focusing public and private R&D on – critical technologies.