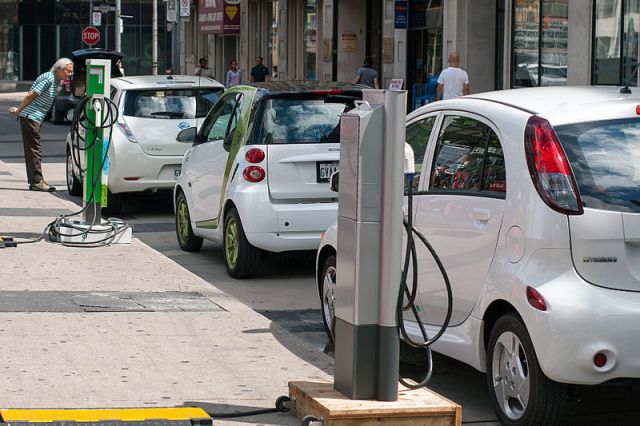 Governments have already announced $11.8 trillion in fiscal stimulus in response to the COVID-19 health and economic crisis, more than three times the amount spent in response to the Great Recession of 2008-09. While most of it will prioritize healthcare and direct support to the unemployed, about 30% of stimulus packages are being spent in sectors that impact the environment.

The question is: Will the impact of stimulus spending be positive or negative?

Early signs suggest it’s largely the latter. In 14 of 18 countries analyzed by Vivid Economics, stimulus spending that could hurt the environment outweighed spending that could help. In another analysis, a consortium of 14 research institutions found that G20 countries pledged $207 billion to fossil fuels in their stimulus measures (as of September 9, 2020) compared to only $137 billion for clean energy. Only 13% of the fossil fuel spending included any kind of environmental conditions.

Still, there are some inspiring examples of a green recovery emerging — initiatives that will reduce emissions while creating jobs, rebooting economies and improving human health. Here’s a look at the state of green recovery efforts around the world:

Which Countries Are Greening Their Economic Recovery Plans?

The European Union is at the greener end of the spectrum. About 30% of its €750 billion ($891 billion) EU-wide stimulus plan and its €1.1 trillion ($1.3 trillion) 2021-2027 budget will be dedicated to climate-friendly investments. Among individual EU countries, France and Germany have announced the most green measures.

The United States is at the polluting end of the spectrum. It announced around $3 trillion in fiscal support — the most of any country — without any consideration of sustainability. Instead, the Trump administration has provided support to the fossil fuel industry and rolled back environmental protections.

Most other economies are somewhere in between. For example, South Korea, China and India are all making green investments, but are also supporting coal as part of their economic recovery plans. Even some countries in Europe provided early bail-out funds (such as to the aviation sector) without conditions.

So far, most spending and funds committed has been in developed economies. In June 2020, UNCTAD warned that developing nations will need an additional $2.5 trillion in overall economic support to overcome the unprecedented coronavirus crisis. The pandemic has impacted least developed countries (LDCs) and small island states disproportionately. Despite the emergence of regional and international relief funds, more must be done. UN Secretary-General Antonio Guterres has urged the world’s richest countries to show more solidarity.

What Are Some Inspiring Examples of Sustainable Recovery Efforts?

While the amount of stimulus spending dedicated to green investments is too small, there are still some inspiring examples of what a sustainable COVID-19 economic recovery could look like. Indeed, more and more countries are realizing that investments in clean, sustainable infrastructure can be one of the most effective ways to boost short-term and sustain long-term socioeconomic activities, while creating jobs. Some green themes emerging in their recovery efforts include:

The International Energy Agency estimates that each dollar invested in solar PV as part of the COVID-19 economic recovery will create twice as many jobs as a dollar invested in coal or gas, while building resilience. Since the coronavirus crisis began, countries like South Korea, France and Italy have increased rooftop solar PV subsidies. Nigeria’s COVID-19 stimulus plan allocates around $620 million for a program to install solar home systems for 5 million households. Colombia just announced a new economic recovery plan that will spend $4 billion on renewable energy and energy transmission projects, including nine wind, five solar, three geothermal and one hydropower project. Morocco plans to adopt legislation that will incentivize green investment in renewable energy while also  creating jobs.

Countries that already have a lot of infrastructure can invest in programs to retrofit buildings, which can be a speedy job creator. France’s stimulus includes €7 billion ($8.3 billion) for building refurbishment. The United Kingdom announced £3 billion ($3.9 billion) for building efficiency retrofits as part of its coronavirus economic recovery strategy, which it said will create 140,000 jobs. In the past, the UK’s spending on energy efficiency for social housing generated $1.46 in social, economic and environmental value per dollar invested.

Many other countries allocated smaller amounts or announced plans for clean hydrogen pilot projects in their stimulus packages, including South Korea, France and Australia.

When it comes to aviation, one of the sectors most difficult to decarbonize, a few countries that have bailed out their struggling airlines included environmental goals for the post-COVID future. Sweden, for instance, imposed conditions on Scandinavian Airlines to help achieve its goal of reducing carbon dioxide emissions 25% by 2025, five years ahead of schedule. France’s $7.7 billion deal with Air France stipulates that the airline must reduce emissions by 50% and reach a minimum standard of 2% renewable fuel by 2030. Austria accompanies its aviation bail-out with abolishing air routes that can be reached by train in fewer than 3 hours.

In cities from Berlin to Bogota, biking and walking have emerged as a safe and resilient way to deal with the pandemic. Many countries have started to invest in these facilities to make their economies recover while curbing climate change, reducing air pollution and protecting human health.

Investment in nature is an economic winner, as demonstrated in a recent WRI commentary. India’s stimulus spending includes $780 million on afforestation and forest management, which will stimulate the economy in rural areas while increasing the amount of carbon stored in trees, decreasing soil erosion, making water more easily accessible and expanding wildlife habitat.

New Zealand’s COVID-19 economic recovery plan invests $740 million in restoring wetlands and controlling pests and weeds, which the government expects will create 11,000 new jobs. Ethiopia is working with the Economic Commission for Africa on a $3.6 million project on nature-based solutions to improve water resources, create 1,500 jobs, and generate new streams of wealth for 150,000 households.

Many countries are making efforts to promote the digital economy, which, if implemented right, could potentially reduce emissions. China is investing heavily in 5G. Myanmar is promoting e-money and e-commerce as part of the COVID-19 economic relief plan and to support its climate commitments.

Other countries are making digitization (of transport, energy, tourism, data collection) an important part of their circular economy and decarbonization road maps. Many countries have highlighted efforts to reduce emissions from the waste sector and combat the “throwaway” culture through enhanced recycling, waste reduction and management.

To manage the complexities and secure a just transition, many countries are setting up multi-level governance systems that foster inter-ministerial collaboration between sectoral, climate, planning and finance ministries. The NDC Partnership is providing technical assistance by deploying economic advisors in 32 countries to help governments identify and integrate climate-resilient growth in the recovery response in line with the revision or enhancement of countries’ climate plans (NDCs).

Many countries such as Japan, Ireland and Bangladesh have also started to put in place more local and community-driven approaches, involving communities (including the most marginalized people) in decision-making processes on how investments are spent.

In Canada, companies with annual revenues above $300 million who receive loans from one of the government’s bailout programs will have to publicly disclose each year their climate-related financial risks and how their future operations will affect environmental sustainability and national climate goals. Japan recently tightened its rules to limit financing of overseas coal-fired power plants. While it should do more to limit its support for coal both domestically and overseas, it is a very promising step; other countries that continue to finance coal should follow suit.

Other governments are attempting to reform and diversify their economies due to the collapse in oil prices this year. For example, Nigeria has removed some of its fuel subsidies, which is expected to save at least $2 billion a year.

How Can Countries Expand Their Green Recovery Efforts?

The recently published WMO report, United in Science 2020, makes it clear: Climate change has not stopped for the coronavirus pandemic. This year has seen unprecedented wildfires around the world, while the most vulnerable communities and countries are continuing to face devastating hurricanes and flooding. Policymakers cannot ignore science. They must grapple with the importance of building back better after COVID-19 while also redesigning our societies to be cleaner, safer and more equitable.

They can learn from the inspiring examples above. If they bail out polluting companies, they should include conditions like more stringent emissions targets, like Sweden and France have done. They should invest in sustainable energy, transport and agriculture, like the many examples listed above.

But let us be clear: Even the countries investing in a green economic recovery have more work to do, as their positive interventions are sometimes counterbalanced by polluting investments.

“Japan and other wealthy countries need to give up their reliance on coal and other fossil fuels,” in order to keep the Paris Agreement on track, said UN Secretary-General Antonio Guterres. Guterres also pushed countries to develop more ambitious climate plans and long-term strategies before the next UN climate summit (COP26) in November 2021.

Countries can now use the new Platform for Redesign 2020, launched by Japan’s Minister of Environment Shinjiro Koizumi with UNFCCC Executive Secretary Patricia Espinosa at an event in early September 2020. Multiple independent institutions have evaluated governments’ green stimulus efforts, but this platform is the first effort for governments to share their own plans and best practices in integrating climate action into COVID-19 recovery.

“This platform helps countries redesign their economic and social systems during this time of dual crises: the COVID-19 pandemic and climate change,” said Minister Koizumi. So far, more than 70 countries have submitted details on their recovery plans or messages from their ministers.

We encourage more countries to make use of this platform and provide transparent information on their efforts, successes and challenges. This would help steer the needed socioeconomic and environmental conversation beyond national-level recovery, and foster cooperation and solidarity among countries, especially the most vulnerable.

The time for incrementalism and reactionism is past. Now is the time to boldly reimagine our world to be more sustainable, resilient and healthy. As Espinosa said, “This must be a global collaborative effort. Multilateralism and collaboration have always and will always lead to success. Whether it’s repairing the ozone layer or defeating polio in Africa—the capacity of humanity for positive change is infinite.