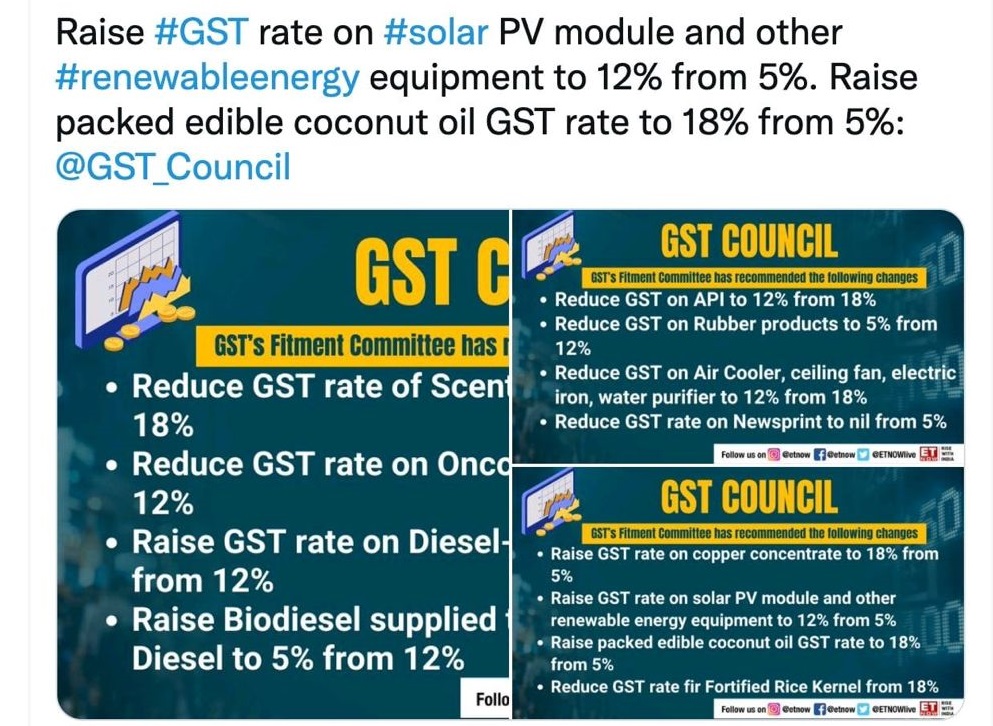 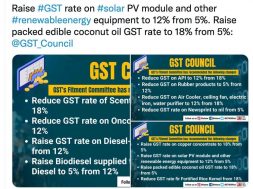 The Goods and Services Tax (GST) Council Secretariat has suggested the Council look into the possibility of bringing petroleum products and aviation turbine fuel (ATF) under the ambit of GST, sources told CNBC-TV18 on Monday.

The Secretariat has suggested the GST Council deliberate and make recommendations to include petroleum products and ATF under GST, sources said days before the Council set to meet on September 17 for the first physical meet since the outbreak of the COVID-19 pandemic. However, no formal proposal has been recommended for the inclusion of petrol products for the GST Council meeting later this month.

The Secretariat’s move comes after it took note of a recent observation by the Kerala High Court on the issue of inclusion of petrol and diesel under GST. The high court had on June 21 asked the GST Council to consider a representation that seeks to bring petrol and diesel under the GST regime, and take an appropriate decision in six weeks.

Sources also said that the GST Council will extend concessions on specified drugs used in COVID-19 treatment till December 31. It had earlier recommended GST rate reduction till September 30, 2021, on certain items used in COVID treatment along with the four medicines.

The GST rate for both Amphotericin B and Tocilizumab was brought down from 5 percent to nil and for Remdesivir and anti-coagulants like Heparin, it was reduced from 12 percent to 5 percent.

The Council is likely to consider extending relief by reducing GST rates from 12 percent to 5 percent till December 31 on drugs including Itolizumab, Posaconazole, Infliximab, Bamlanivimab & Etesevimab, Casirivimab & Imdevimab, 2-Deoxy-D-Glucose, and Favipiravir.

The sources said several recommendations made by the GST Council nominated Fitment Committee are likely to be taken up in the upcoming meet on September 17.
The Council may consider “Carbonated Fruit Beverages of Fruit Drink” and “Carbonated Beverages with Fruit Juice” at par at the GST rate of 28 percent plus a compensation cess of 12 percent. There will also be clarification on whether a “concessional GST rate of 12 percent is applicable on Diagnostic reagents and Laboratory reagents,” they added.
The panel has also recommended that rare disease medicines Zolgensma and Viltepso, when imported for personal use, be exempted from GST.
Moreover, the committee has recommended increasing GST from 5 percent to 12 percent on renewable equipment such as bio-gas plant, solar power based devices, solar power generating system, wind mills, wind operated electricity generator (WOEG), waste to energy plants/devices, solar lantern/solar lamp, ocean waves/tidal waves, energy devices/plants and photo voltaic cells.

The Council may also take up panel’s recommendation to increas GST rate from 5 percent to 18 percent on iron, manganese, copper, nickel, cobalt, aluminium, lead, zinc, tin, and chromium – ores and concentrates.
Meanwhile, the Centre is likely to present various options and proposals to fund compensation to states for the current fiscal during the meeting, according to sources. They added that the Centre’s presentation will list out the scenario post June-2022 and options that can be considered to make up for the shortfall.
The Centre expects GST revenues to do better as monthly average is above Rs 1.1 lakh crore, they said.
There was only a temporary dip seen in revenues during the second wave. The Centre expects Rs 1 lakh crore borrowing that was made “would be more than enough to cover the gap and would partially compensate for the arrears of last year.”
In the past states had complained against the last moment presentation made by the Centre on compensation.

*To exempt GST on leasing of rolling stock by IRFC to Indian Railways
*Cloud kitchens to be treated as restaurant services to be charged at 5%
Ice cream parlor to not be treated as restaurant
* To treat GST rate on “Motion Picture, Video Tape and Television programme distribution services” at a unified rate of 18%
*To treat overloading charges collected at toll plaza at par with toll
*Sand mining at ghats to be taxed at 18%
*GST on national permit fee charged for granting permit to a goods carriage to operate through-out India/contiguous states, may be exempted

GoM recommendations on special composition scheme and capacity based GST to be levied on certain items: GOM views to be considered by the council:
1. Introduction of a Special Composition Scheme in the brick kiln sector with effect from April 1, 2022, prescribing a GST rate of 6%, without ITC, similar to the rate in the services sector.
2. Council may deliberate on the GST rate; increasing GST rate on supply of bricks from 5% to 12% (with ITC), with effect from April 1, 2022
3. Introducing the payment of GST liability under Reverse Charge Mechanism on the supply of mentha at the first stage of the supply
4. Blocking of the IGST refund route on export of mentha, and allowing refund by ITC route only with a predetermined ceiling on refund of ITC (in terms of per kg of mentha exports to be determined in an objective manner), as and when amendment in the section 16 of the IGST Act comes into effect. In the interim, the exact modalities would be worked out by Uttar Pradesh
5. Extension of the term of the GoM by another three months in order to further examine the issues of levying capacity based levy on pan masala and tobacco products considering sensitivity of matter and quantum of revenue involved

GST Council will also deliberate on job works services in relation to manufacture of alcoholic liquor for human consumption.

In a writ petition, issues were raised is whether the job work services provided by contract manufacturers to the brand owners for manufacture of alcoholic liquor for human consumption are eligible for GST rate of 5 percent, prescribed for job work services in relation to food and food products or standard rate of 18 percent.

The sources said that the Council will also consider clarification of GST rate of 5 percent for job work services in relation to food and food products.

For removal of doubts, it is clarified that food and food products don’t come under the alcoholic beverages category. To avoid dispute and litigation, the
Council will consider the proposal that the services of job work in relation to manufacture of alcoholic beverages for human consumption may be excluded from the residual entry for job work service and taxed at 18 percent.