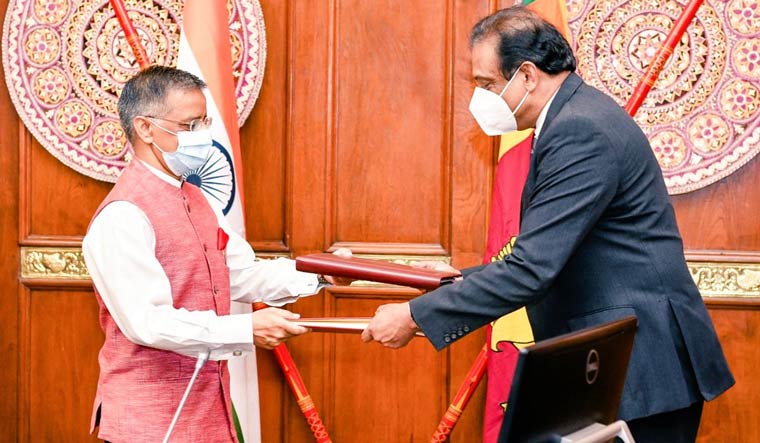 The agreement was exchanged on Wednesday.

India seems to want its relationship with Sri Lanka to be sunlit forever. An agreement to extend $100 million line of credit for solar energy projects in Sri Lanka was exchanged on Wednesday.

This is the first major step forward in the relationship between the two countries ever since Sri Lanka cancelled the East Terminal Port agreement in February.

“A glorious new chapter in the multi-faceted partnership #India and #Sri Lanka! An agreement extending US $100 million Line of Credit to #lka for solar energy projects was exchanged today in the presence of Hon’ble President H.E@GotabayaR,’’ tweeted the Indian Embassy in Sri Lanka.

The agreement comes at a time when India has been concerned with the growing influence of China in Sri Lanka. Last month, Sri Lanka passed the Colombo Port City Commission Act, which gives a Chinese company controlling rights over the Special Economic Zone coming up near the port. While this has caused discomfort among political parties in Sri Lanka, for India, it effectively means being edged out.

Sri Lanka being strategically important for India—apart from security concerns—New Delhi senses greater danger in China’s growing influence in that country. Close to 70 per cent of India’s container passes through the port.

In February, a Chinese company was also awarded a $12 million contract to construct hybrid wind and solar power plants on islands just 50km off the coast of Tamil Nadu.

The awarding of this contract coincided with the scrapping of the East Container Terminal deal. India, Japan and Sri Lanka had signed the deal in 2019.

Miffed with Sri Lanka walking out of the deal, New Delhi took no time to make its displeasure felt. Sri Lanka, instead offered India the West Container Terminal, to be built by a private company. However, the deal is still not enough.

The line of credit for solar power aims to get India back in the game. The agreement fulfilled the “commitment made’’ at the Founding Conference of the International Solar Alliance. Sri Lanka aims to have an ambitious 70 per cent of its national power to meet its requirement to be met by renewable energy sources.

In an attempt to cut down on emissions, Sri Lanka hopes to invest in a grand way in the solar energy sectors. The money will be used to construct rooftop solar systems for 20,000 households and 1,000 government buildings all across the island. It is estimated that the generation capacity of these solar roofs will be about 60MW, according to an official statement.

Apart from the large-scale use of solar panels, Sri Lanka will also build a floating solar power station.