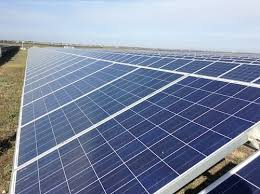 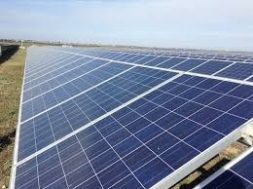 With the resurgence of a border dispute with China, the Indian government is now looking to reduce dependence on Chinese imports, including solar cells and modules. India is considering multiple efforts to discourage developers to import Chinese equipment and encourage investors to develop domestic manufacturing facilities.

India first imposed a safeguard duty on Chinese solar cells and modules in 2018. It was imposed to support domestic manufacturers who failed to capture a respectable share in the market. At its peak, China had around a 90% share in India’s cell and module imports. Malaysian and Vietnamese solar imports also face a safeguard duty. A 25% duty was imposed in 2018, which has now reduced to 15%. However, the imposition of duty has not resulted in any major benefit to Indian manufacturers. Project developers shifted imports to other countries or were able to pass on the financial impact of safeguard duty to end-consumers.

With no major benefit arising from the safeguard duty, and China still having a major share in solar imports, Indian manufacturers have urged the government to continue with the safeguard duty which is set to expire at the end of this month.

Earlier this year, the Ministry of Finance paved the way for an imposition of basic customs duty (BCD) on solar cells and modules. Multiple media reports now claim that a BCD of 15-20% could be imposed soon on Chinese solar imports. This duty could increase to up to 40% over the next few years.

As was the case with safeguard duty, the government has assured project developers that the additional burden of BCD will be passed on the end-consumers.

Apart from efforts to make Chinese imports less attractive to project developers, the government is also taking measures to ramp up production of domestic cells and modules. The Solar Energy Corporation of India (SECI) recently completed the world’s largest solar power tender that also had a major manufacturing component as well. Adani Green Energy and Azure Power was awarded a total power generation capacity of 12 gigawatts and 3 gigawatts of solar module production capacity.

Media has reported that the government is also planning to enhance solar cell manufacturing capacity by 4 gigawatts. The government may offer some capital subsidies to attractive investment in this sector.

Mandatory Use of Domestic Cells & Modules

The government is pushing public sector companies to set up more renewable energy projects to ensure that there is a large enough market to absorb solar modules expected to be produced over the next few years. Companies like NTPC, NHPC, Indian Railways, NLC, Coal India and Indian Oil Corporation have announced ambitious renewable energy capacity addition targets.

After winning the contract to set up the 2-gigawatt solar cell and module production facility, Gautam Adani, Chairman-Adani Group, claimed that within five years the share of Chinese companies in India’s solar market will fall drastically. The share of Chinese modules, which is around 80-90%, will eventually fall to zero, Adani claimed.

Indian solar power developers imported over US$6 billion worth of Chinese solar cells and modules between FY 2017 and FY 2019. There was a sharp 45% decline in value of imports between FY 2018 and FY 2019. It will be interesting to see if Indian manufacturers can ramp up production, offer competitive rates to project developers, and overtake Chinese suppliers.