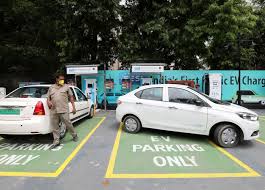 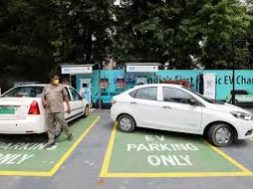 India aims to take the battery out of electric vehicles to boost demand, leaving makers of such automobiles confused.

The nation’s nascent EV sector needs scale to succeed as it barely comprises about 1% of the overall automobiles sold in the country. About 1.56 lakh electric vehicles, mostly two-wheelers and some cars and buses, were sold in the country in the year ended March 2020. While that’s 20% higher than a year ago, it’s less than half of what China sold in the first seven months of 2020 during a pandemic according to a Bloomberg report. One of the key hurdles for India is pricing.

The battery accounts for nearly 35-40% of the overall cost of an EV. India’s latest plan aims to delink it from a vehicle’s cost and promote battery swapping. The battery could either be provided separately by vehicle makers or by charging service providers, as a service model. That will reduce price and, the government hopes, boost sales and fast-track the electric ecosystem in the world’s second most populous nation with cities having the world’s dirtiest air.

A potential rise in demand for personal mobility during the pandemic could aid sales when electric two- and three-wheeler volumes are getting squeezed.

That’s a good plan on paper. Yet, there’s no clarity on standardisation of the battery, safety and quality regulations, crucial for the plan to take off, manufacturers and analysts told BloombergQuint.Read More.. 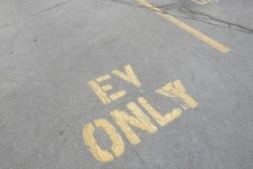 The path ahead for electric vehicles – EQ Mag Pro 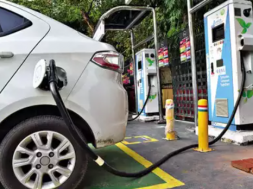