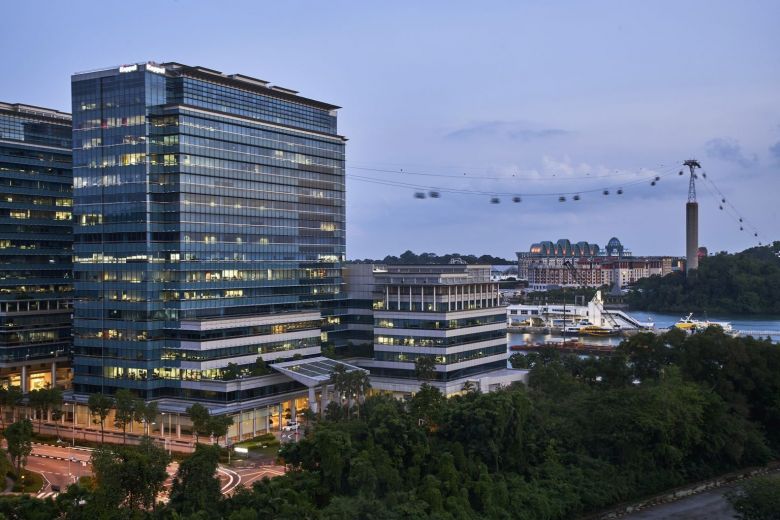 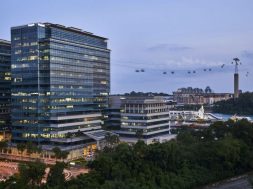 SINGAPORE: Come Jan 1, Keppel Bay Tower in HarbourFront Avenue will become the first commercial development in Singapore to use renewable energy to power all its operations, including the offices of tenants in the building, Keppel Corp said on Sunday (Dec 29).

Its property arm Keppel Land, the owner and operator of Keppel Bay Tower, will be installing an assembly of solar photovoltaic panels (PV) panels spanning about 400 square metres on the roof of the 18-storey building as well as its six-storey podium block. In addition, Keppel Land, through its electricity retailer, Keppel Electric, will be purchasing renewable energy certificates (RECs), which are generated from PV panels installed in Keppel Offshore & Marine’s yards in Singapore.

When completed in the first quarter of next year, Keppel Bay Tower’s PV system is expected to generate an energy yield of about 100,000 kilowatt hour (kWh) per annum. Together with the purchase of RECs, the initiatives will result in a reduction of over 2,400 tonnes of carbon emissions per year – an amount which would otherwise require about 12,000 trees to absorb over about 50 years, said Keppel.

Keppel Bay Tower was awarded a grant of about $1.28 million by the Building and Construction Authority of Singapore (BCA) last year to testbed new and emerging technologies which would cut the building’s energy consumption significantly and improve its energy efficiency by 20 per cent compared to fellow Green Mark Platinum buildings by June 2020.

BCA CEO Hugh Lim said, “We commend Keppel Land for its efforts in playing a part to push the boundaries for environmental sustainability in the built environment. The efforts for Keppel Bay Tower demonstrate a good example of how even existing large commercial buildings can tap on innovation to achieve super low energy (SLE) status, by combining smart air-conditioning and lighting with integrated controls. The reduced energy demand can be met by renewables harnessed onsite and offsite through Keppel Land’s holistic approach.

“We hope more building owners and industry players will be inspired to set new benchmarks for how we build and operate buildings – new and existing – contributing to the urgent task of mitigating climate change through super low energy buildings.”

Keppel added that it is currently on track to meet its goal of reducing the annual energy consumption of Keppel Bay Tower to 115 kWh/m2 from its initial consumption of about 145 kWh/m2 by June 2020. Keppel Bay Tower is also working with tenants to adopt green leases and install energy-efficient LED lamps in their offices at no additional capital investments to the tenants, as well as helping them attain Green Mark certification.

Moving ahead, Keppel Land is seeking new solutions to further reduce the building’s energy consumption to below 100 kWh/m2 per annum, which would result in Keppel Bay Tower being 50 per cent more energy efficient compared to typical office buildings in Singapore, said Keppel.

Keppel Land has garnered a total of 83 BCA Green Mark Awards, of which 16 are platinum. The total estimated reduction in energy consumption from all of Keppel Land’s Green Mark-awarded projects when they are fully completed will be over 200 million kWh per annum, which is the equivalent amount of energy required to power more than 38,000 homes in Singapore for one year, said Keppel.

This translates to cost savings of about $42 million annually, the company added. This is in addition to total annual water savings of about two million cubic metres and yearly carbon emission reduction of almost 90,000 tonnes.