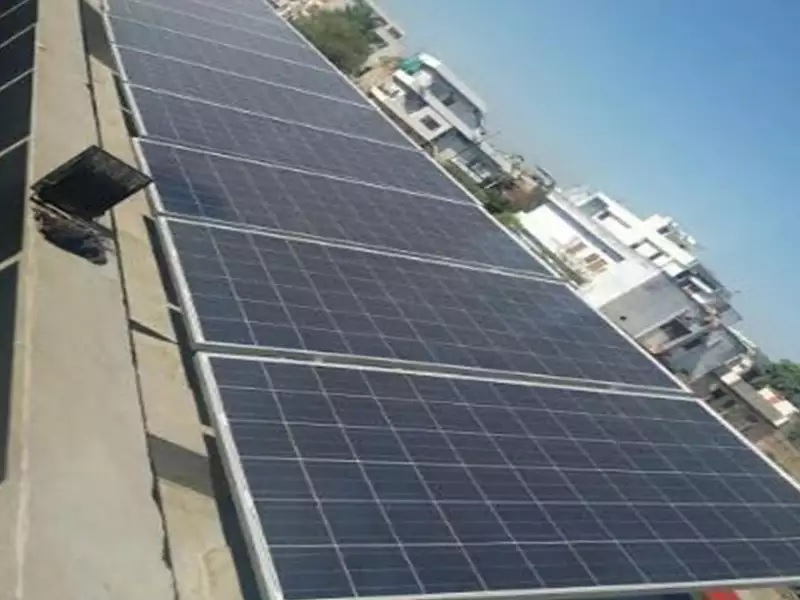 Before Govindan Satheeshan installed solar panels on the roof of his home in southern India’s Kerala state under a government scheme two years ago, the 70-year-old retiree was unsure.

Would the panels produce enough electricity? Would they be too expensive? Would the system suffer technical glitches?

But his hefty electricity bills, of up to 15,000 rupees ($205) every two months, motivated him to sign up – and today his bills have dropped close to zero.

Satheeshan is so happy with the results he invited anyone uncertain about installing a home solar system to visit him in Thiruvananthapuram, the state capital.

“People are still doubtful about the feasibility of rooftop solar panels. If anyone is interested but sceptical, they are welcome to visit my home and I will clarify (the benefits),” he told the Thomson Reuters Foundation.

The Soura (Sun) project aims to install solar panels on 75,000 homes, which will contribute 350 megawatts (MW) of power to the state’s grid.

Combined with the 20,000 houses that already put in solar panels under an earlier initiative, the new Soura project will help Kerala cover about 10% of its electricity needs through solar, according to KSEB, the state’s electricity board.

Despite Kerala’s solar innovations – from the world’s first solar airport to India’s largest floating solar power plant – the state has lagged behind much of the country in wider uptake of the renewable energy source.

Kerala sits in the middle of a ranking of India’s 28 states in terms of installed solar capacity, according to data from the country’s Ministry of New and Renewable Energy (MNRE).

Soura offers a subsidy to encourage residents to sign up for the project and dispel the common belief solar panels are only for the rich, explained A. Nasarudeen, a KSEB project leader.

“We have streamlined this project, ensuring that ordinary people will benefit. Their houses will be mini-solar power stations. By exploring solar energy, they can be self-reliant in their electricity needs,” he said in an interview.

Any surplus electricity the rooftop systems generate can be sold back to KSEB at a rate of 3 rupees per kilowatt hour.

The project is part of the state’s plan to generate 1,000 MW – about a quarter of its electricity needs – from the sun by 2022.

KSEB figures show that about 30% of the electricity Kerala uses is produced in the state, with the rest brought in from other states or the national grid at a cost of about 80 billion rupees per year.

With more than 33 million residents, according to the latest census, Kerala is India’s third most densely-populated state, leaving little available land to build large solar grids, explained Aneesh S. Prasad at the government’s Agency for New and Renewable Energy Research and Technology.

So the government is looking to residents’ rooftops to tap into the sun’s energy, said the state programme manager.

C. T. Ajith Kumar, an energy expert at the Integrated Rural Technology Centre, a research and development institution in Kerala, said the state’s focus on solar made both economic and environmental sense.

“For reducing carbon emissions, Kerala has no other option other than solar,” he said.

“We can’t cut trees or destroy forest for the purpose of building new hydroelectric power stations. Thermal power stations would generate more emissions. But solar energy is absolutely pollution-free. We have to explore it.”

On top of the estimated 15 billion rupees the Soura project will cost – paid by the MNRE, KSEB and solar panel producers that sign up – another 5 billion rupees will go toward a sub-scheme aimed at low-income consumers.

Those eligible will have to pay only 12% of the installation cost of their solar panels, said KSEB’s Nasarudeen.

The homeowners get to use 25% of the electricity they produce, with the rest going into the grid, he explained.

Even if it overcomes the problem of affordability, the project faces other challenges, said Ambalamukku resident Jacob Varghese, 65, who had solar panels installed under the earlier rooftop scheme.

He and other residents he knows had to wait a long time to get approval from the KSEB, visiting its offices many times.

“Then, after installing the solar panels, getting the subsidy was the next staggering effort,” he said.

“As a businessman, I had the patience and financial background to cope with the initial hiccups. But could ordinary people cope with them?” he asked.

Nasarudeen said the KSEB was confident it could tackle those issues.

By involving more installation companies, the government plans to bring the wait time for residents down to no more than seven days and have subsidies paid as soon as installation starts, he noted.

Swapna Ebi Varkey, a 48-year-old housewife in Thiruvananthapuram who installed solar panels on her roof a few years ago, said she was keen for the government to succeed in its quest to get Kerala’s homes running on the sun.

“Suppose every home in Kerala turned into a mini-rooftop solar power station. Then we could easily make the state clean and green,” she said.