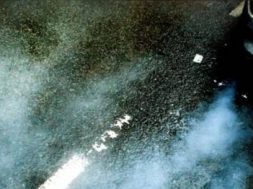 Centre can ask companies to limit production based on their performance

Maruti Suzuki India, Renault India and Nissan India have topped the chart of a government-made ‘environment-friendly’ index on the parameter of carbon dioxide emission in the year 2017-18. This index, prepared by an inter-ministerial committee, measures the carbon dioxide (CO2) emission per kilometre for each of the automakers operating in India and decides the maximum amount of emission they can emit the next year.

The index has become an annual feature and is important in the calendar of car-makers, as the government can ask the companies to limit the number or kind of cars they produce in India in a year based on their performance on the index, explained a government official.

Though Volvo Auto India, Force Motors and Isuzu Motors India also produce vehicles that emit CO2 within the limits, their emissions per kilometre are the highest among passenger vehicles produced in India. Mostly, these companies produce more powerful vehicles, which use diesel. Companies can decide to produce more of electric or other clean energy vehicles to stay within the emission limit.

Sections of developed world have already laid down the path to adopting cleaner energy vehicles. For instance, the European Union (EU) has asked automakers to make vehicles that emit less CO2 from 2020, according to Lexology, Latham and Watkins LLP, a London- based legal firm. The EU has also set further lower emission targets for subsequent years. By 2025, newer cars and light commercial vehicles (LCVs) should emit 15 per cent lower CO2 against the 2021 levels. By 2030, the CO2 emission should be lower by 37 per cent for cars and by 31 per cent for LCVs. If vehicle makers exceed these emission norms, they have to pay Euro 95 for every 10 gm per kilometre of extra emission.

China has restricted new ownership of petrol and diesel cars in cities to subsidise electric vehicles.

India has asked automakers to migrate to vehicles with BS VI emission standards from April 1, 2020, a move that will make diesel and petrol vehicles costlier. In this context, sections of Indian industry expect rollout of electric and hybrid vehicles in LCVs and medium commercial vehicles “very soon”

as electricity as a fuel works out cheaper and cleaner than diesel, Pirojshaw Sarkari, CEO, Mahindra Logistics, said.

Battery cost, which is the major cost component in an electric vehicle, is falling every six months, and companies entering India are offering battery swaps, added Sarkari.

Diesel is the dominant fuel used in trucks, but there is a lot of talk of hybrid and electric trucks coming into the country, say logistics players. “A lot of players are looking to introduce light cargo vehicles in electric format,” said Sarkari, noting that e-commerce firms are already using three-wheelers made by local manufacturers in electric format for last-mile deliveries in the National Capital Region.