To reduce harmful automobile emissions, a city engineer and innovator has come out with an electric rickshaw that gets its power from compressed air. Besides, working as efficiently as a vehicle driven on the traditional automobile fuel, the e-rickshaw will also save money.

This clean energy vehicle comes with zero emissions. It runs on the mechanical energy created by the compressed gas, which in turns charges the battery. In the absence of compressed air, the vehicle draws its fuel from the solar energy too. A commercial prototype of the vehicle is in advanced stage of development and it will be ready by April-end, says its developer TS Seshadri. “The electric vehicles now available in the country draw power from lithium battery. It has a range of 120 km and it needs to be recharge every five hours. The charging time is also long. This is drudgery. Lithium batteries are expensive. They need to be replaced regularly. They are non-renewable source of energy and their disposal is a problem,” Seshadri told TOI, adding that the e-rickshaw he has developed is powered by compressed air fed into a tank using solar energy.

The compressed air filled in the cylinders fitted to the vehicle helps in the rotation of air turbine blades using hot air from electric heater. The hot air will enhance the conversion efficiency to electrical energy .Transmission gears are fitted between the turbine blades and alternator to get the required revolutions per minute to regenerate electricity . The electrical heater is heated from the regenerated electricity given by the alternator during running, Seshadri said, adding in short the vehicle runs on compressed air energy storage (CAES) technology. The CAES technology does not require lithium batteries.The CAES electric car will have a range of 68km with top speed of 80kmph. The vehicle can be used both during day and night.

Seshadri said the CAES will also replace CNG, which is not eco-friendly . The CAES technology has better safety standards. Seshadri has filed application for a patent with the patent office in Chennai. 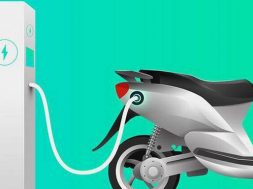 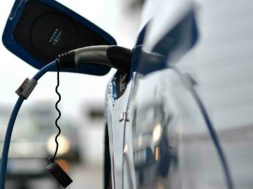 Sales of Electric Cars Charge Ahead in Europe 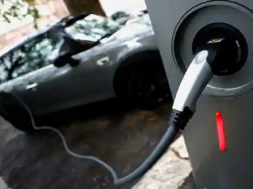