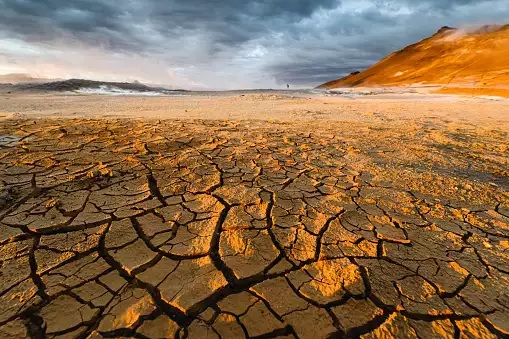 Along with growth & recovery, we should aspire to make India more sustainable and resilient. First step is to prioritize climate adaptation in our national climate agenda as Plan A.

New Delhi: COVID-19 has caused unprecedented damage to our economy – mass unemployment, disruptions in key socio-economic systems and economic contractions. Its impact on vulnerable groups, like farmers with small farm holdings, has been disproportionately higher. As we still reel and recover from the pandemic, we must remember that its impact may pale in comparison to potential climate hazards. The World Economic Forum’s “The Global Risks Report 2020” suggests that the effect of climate hazards, among most other global risks we face today, is significantly more likely and will have greater intensity than the global pandemic.

The effects of climate change in India are well documented – an IPCC report claims that around 600 million Indians are expected to be at risk of climate hazards. The impact of climate instability is being felt across four major systems – agriculture & food security, water distribution, infrastructure and biodiversity. For India, building climate resilience in both agriculture and urban infrastructure systems is urgently needed.

– Urban Infrastructure: Coastal flooding will lead to a large-scale displacement of over 40 million people with 3 out of 8 Tier 1 cities in India (Kolkata, Mumbai, Chennai) classified as ‘severely vulnerable’. This will also lead to disruption in key utilities, supply chain and real estate, as recently witnessed during the floods in Gurugram and Assam.
– Agriculture & food security: Employing over 40 per cent population, Indian agriculture sector is expected to be severely affected by climate hazards like rising temperatures and erratic rainfall. This will create food insecurity amongst 350-400 million people.

There are two ways to tackle the challenge of climate change – Mitigation & Adaptation. Mitigation refers to reducing emissions of greenhouse gases and enhancing activities that reduce these gases from the atmosphere (eg. worldwide push on renewables, electrification, energy efficiency etc), whereas adaptation refers to creating resilience by adjustment of natural and socio-economic ecosystems to a changing climate and related hazards (eg. building flood defenses, drought resistant crops). Historically the focus of global climate action has been centered around mitigation where India has made good progress in acting against our Nationally Determined Contributions (NDC) targets under the Paris agreement. However, it is getting increasingly clear that focus on mitigation alone will not be enough. Given India’s high vulnerability to climate change, we have to significantly increase our focus on driving adaptation & resilience at scale across critical systems like
agriculture, water & coastal infrastructure.

Here are some of the key challenges in climate adaptation which prevent it from reaching the scale of certain mitigation projects in India:

1. Low or unclear direct financial returns: There is no ‘single measure’ of the impact of an adaptation initiative (like the carbon credits offset mechanism for mitigation) as there are several intangible or secondary benefits impacting a wide range of KPIs. This leads to a lack of single framework to quantify ROI and limits flow of funding. As a result, less than 5 per cent of global climate funding flows into adaptation projects.
2. Lack of a focused institution to drive coordination. There is no dedicated body in India to assess and coordinate adaptation initiatives. Given the number of executing authorities needed to drive adaptation projects (at local, state & central levels) with varying priorities, there is a need to constitute a central unit to conceptualize and execute “bankable” adaptation projects.

What is the action plan?

As we embark on the critical journey to recover from the impact of COVID-19, we must aspire to build broader resilience to all critical risks including climate change. Due to the significant funding flows into the economic revival, it is also the right time to address key vulnerabilities that could have severe consequences in the future. There are also certain synergies between climate adaptation & recovery from COVID-19 crisis (Eg. financial resilience support in small-holder farmers or
upgradation of public healthcare delivery systems). The following five steps would kick start the journey to build a climate resilient India:

Along with growth & recovery, we should aspire to make India more sustainable and resilient. First step is to prioritize climate adaptation in our national climate agenda as Plan A.