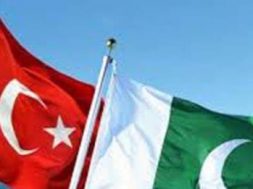 Saudi Arabia and Pakistan are all prepared to sign an MoU worth $10 Billion as Riyadh plans massive investment in Pakistan. Pakistan will also sign similar MoUs with China, the UAE and Malaysia after strong lobbying by the new dynamic PM – Imran Khan. The overall deals, if all goes well, could touch $30 Billion according to experts talking to EurAsian Times.

Talking to Pakistan Media outlet – Dawn, Finance Minister Asad Umar said Saudi Prince Mohammad bin Salman bin Abdulaziz would visit Pakistan next month and most of the MoUs will be signed that time.

When contacted, Board of Investment (BoI) Chairman Haroon Sharif said Saudi Arabia was interested in Pakistan’s four sectors — oil refinery, petrochemicals, renewable energy and mining. “We are expecting $10bn plus Saudi investment and the MoUs to be signed in this regard will not be common or vague but concrete agreements,” he added.

The $10bn investment will be in addition to the $6bn bailout package given by Riyadh to Islamabad during Imran Khan’s visit to Saudi Arabia in October last year.

He said the government had made it mandatory for all foreign firms to invest in joint ventures with Pakistani firms so that local companies could also get a boost and deal with local issues in a better way.

He said Saudi firm Aramco would invest in an oil refinery and was likely to set up its own refinery in Pakistan. “Saudi Arabia is also interested in petrochemicals and will make the investment in this sector as well,” he added.

He said he had recently visited China and signed MoUs on industrial cooperation under the China-Pakistan Economic Corridor (CEPC). “Now we have to build economic zones along the corridor.”

The BoI chief said the UAE was interested in agriculture, housing and other sectors. He added that four Malaysian firms were also due this month and would invest in four sectors — halal meat, gemstone, information technology and hi-tech education.

An official press release issued by the Prime Minister Office said: “Briefing the meeting about various positive developments with regards to investment facilitation, it was informed that an MoU on industrial cooperation has been signed with China last month. The MoU with Saudi Arabia is expected to be signed this month whereas investment framework MoU with the UAE is expected in February 2019.”